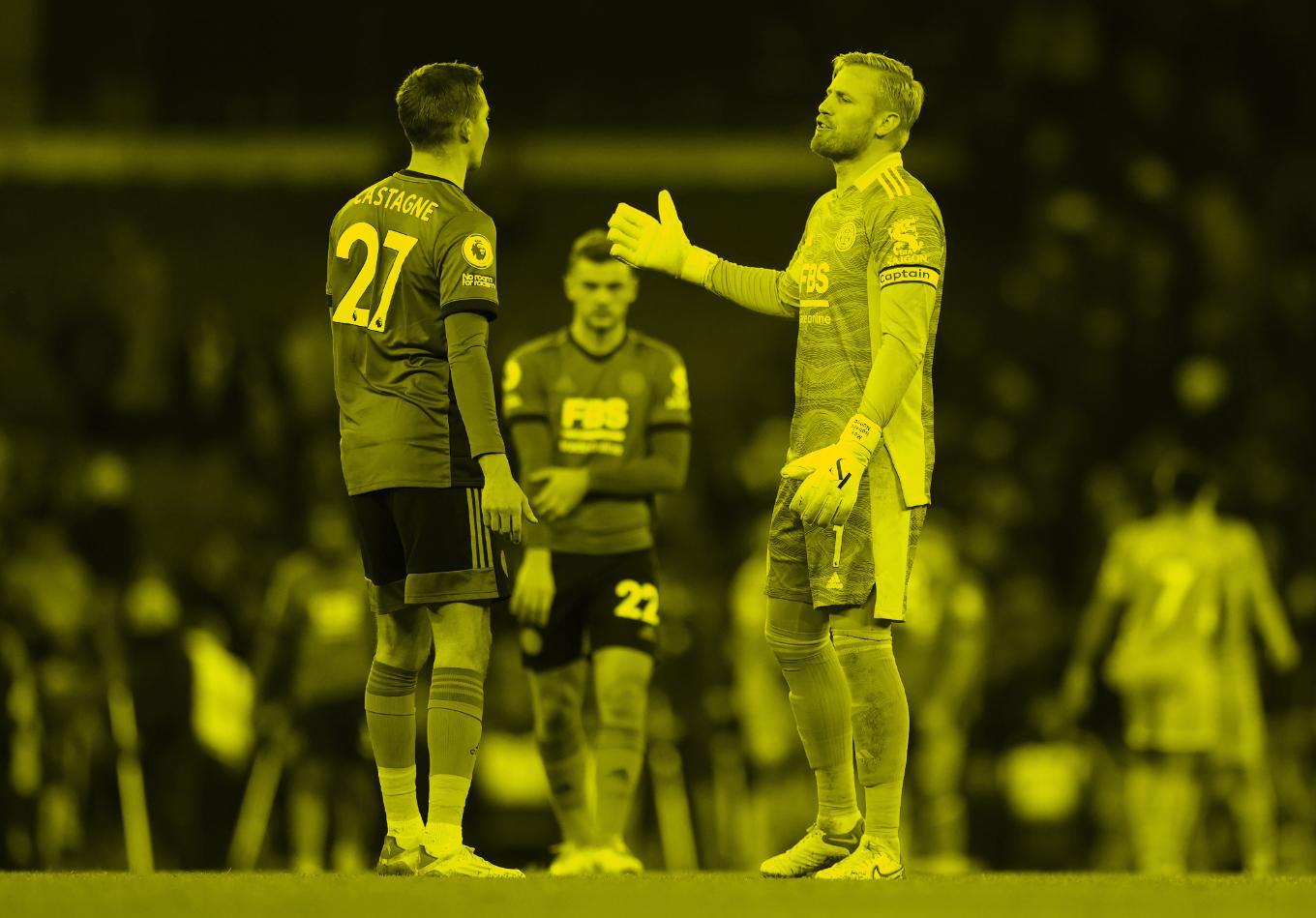 The Data Day No 17: Our Rolling Football Blog

It was a reduced Boxing Day in the Premier League, but the teams who had games decided to make up for it. The four 3 p.m. games contained an extraordinary 22 goals, like it was some sort of 1963 tribute act. These days, you take your action where you can, so here are the key points from December 26 2021.

▪︎ Manchester City have scored 13 goals in their last two Premier League home games, only one fewer than Manchester United have scored at Old Trafford all season. After demolishing Leeds 7-0 last time out, City spent Boxing Day beating Leicester 6-3, as if it was a tennis set. It was City’s second 6-3 win of the season (also vs Leipzig), meaning they are the first English top-flight team to win 6-3 twice in the same season since West Brom in the 1930s. Leicester came from 4-0 down to 4-3 which caused an outburst of narrative, but then the champions muscled two more goals to make the game secure. Eight players scored in this game, meaning that the record of nine, set in the Tottenham 4-5 Arsenal game in 2004 lives on for another day. City need three more goals to set a Premier League record for a calendar month and you can’t bet against it.

▪︎ Arsenal equalled their biggest margin of victory in a Premier League away game with a 5-0 win at Norwich, and yes it was against Norwich but even so. You know the drill by now; all the young dreamers pitched in. Bukayo Saka has been involved in nine goals in his 19 Premier League games this season (5G 4A), one more than he managed in 32 appearances last season (5G, 3A), Martin Ødegaard has been involved in six goals in his last six Premier League games (3G, 3A), two more than he had in his first 25 appearances in the competition, while  Emile Smith Rowe is the Premier League player with the most goals from the bench in this season. It’s some reboot under Mikel Arteta.

▪︎ Talking of reboots, Tottenham’s stylistic reformation under Antonio Conte continues apace. To be fair, Spurs almost never fail on Boxing Day, last losing on December 26 back in 2003, but they swept Crystal Palace aside pretty easily nonetheless. Not happy with merely being the Premier League’s top-scoring player on a Thursday, Harry Kane scored his ninth Boxing Day goal, equalling the competition’s much-coveted December 26 record, held until today solely by Robbie Fowler. Palace barely turned up, and Wilfried Zaha won’t be allowed to turn up for their next game, after picking up his fifth red card. Some players collect sendings off as a by-product of the way they have to play the game. That’s not the case for Zaha, which only makes it, you presume, more frustrating. Spurs, meanwhile, are scoring goals under Conte at a rate closer resembling their shots under Nuno.

▪︎ There are few traditions left in football, but West Ham beating Southampton is usually about as safe as it gets. So it was a genuine surprise to see Saints exit east London with three genuine points. The Hammers autumn dream of finishing in the top four is looking more fanciful by the week. Four wins in a row in early November has turned into five points from seven games, and even the sight of Michail Antonio scoring his first league goal since October won’t take away the pain for West Ham supporters this evening. Southampton fans can rightly hail James Ward-Prowse, though. His spot-kick to make it 2-1 means that he is the only the fourth player in Premier League history to have scored 10+ penalties and 10+ direct free-kick goals, after Thierry Henry, Cristiano Ronaldo and Ian Harte. Some company to be in.

▪︎ Chelsea’s attempt to avoid becoming the Premier League’s new crisis club was successful as they won 3-1 at Aston Villa. Both sides (Villa & Palace) whose managers couldn’t physically be present at games today because of COVID-19 conceded three times, suggesting that the standard 3-0 defeat for forfeiting a game is based on solid science. Two of Chelsea’s goals came from the penalty spot via Jorginho, his ninth and 10th of 2021 in the Premier League, a new record for a single player. He has scored more penalties this year than Spurs have in the last two and a half seasons and has as many goals from the spot in the last three and a half seasons as Manchester City. More solid science: Skipping works. Romelu Lukaku won Chelsea’s second penalty, as well as scoring his team’s second goal, and the Belgian showed signs of the sort of menace that persuaded the club to bring him back in the summer. That’s now nine goals in 10 Premier League games against Villa, making them his favourite opponents. Everyone enjoys a familiar treat on Boxing Day.

▪︎ Even on a day of festive goalmouth plenty it was possibly a stretch to expect a bonanza in the late game at Brighton. Even so, forward-thinking Graham Potter will be delighted that his side played out such a professional 2-0 win against Brentford. Brighton hadn’t won a Premier League game since September 19, 12 games ago, and it’s an indicator of certain trends in the Premier League this season that even after that run, a win against the Bees leaves Brighton only five points behind sixth-placed West Ham, and with a game in hand. For Brentford, meanwhile, it’s eight points from their last 10 games, although a goal difference of minus three is almost like having an extra point when you consider the state of some of the defences in the bottom half. It’s, as always, a marathon not a sprint and you should cherish every victory. Just ask Brighton.