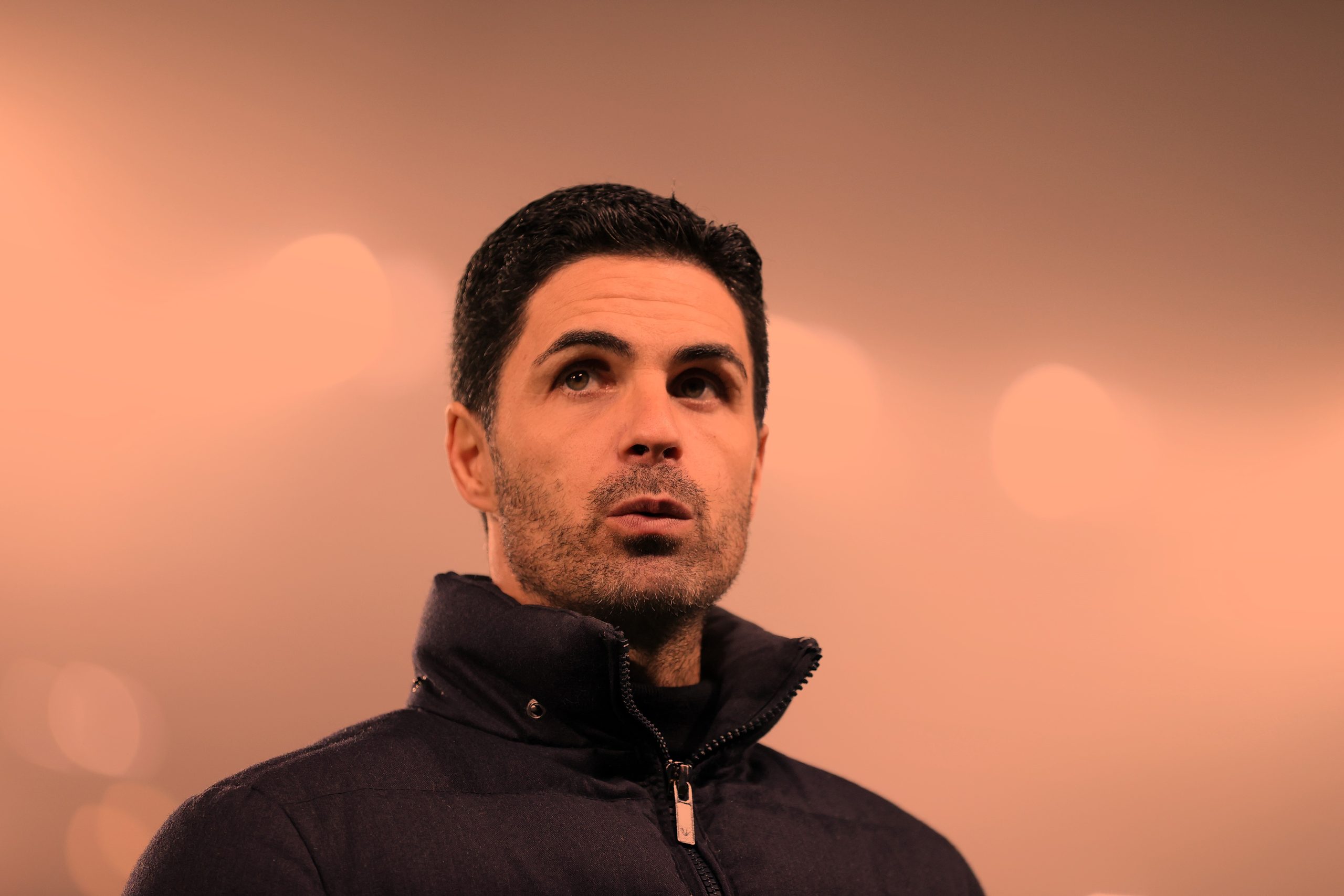 The Boxing Day meeting with Norwich City marked two years since Mikel Arteta’s first match in charge of Arsenal. His record at the club looks impressive on paper, but there are still some voices of doubt about his credentials to lead the Gunners long term – why is that? We look back over his time in charge of the north London club to find out.

Cast your memory back to December 15, 2019. Mikel Arteta was a deputy to Pep Guardiola during Manchester City’s trip to the Emirates to face Arsenal, where a blistering first-half performance saw City run out 3-0 winners. That result left Arsenal languishing in ninth place with just one win across 12 competitive matches and still without a boss following the sacking of Unai Emery. Arteta witnessed the task at hand, undercover in the flesh, before taking the leap of faith and securing the managerial position at Arsenal just five days later.

Arteta had history with the club with a previous stint as a player – he became just the 10th man to play and manage the club in Arsenal history – but experience was lacking. At only 37 years old, the Spaniard became the youngest man to take charge of the Gunners since Terry Neil in 1976.

A challenge for the most experienced of coaches, this was Arteta’s first role in management and an opportunity to put into practice the philosophies observed under Guardiola. However, it’s not until now – two years into his tenure – that we can truly appreciate the magnitude of the job Arteta took on at Arsenal, a club in transition and still dealing with the effects of Arsene Wenger’s departure.

Struggles On and Off the Pitch

From player revolts to changes at board level, from the termination of high-profile player contracts to fan protests, Arteta’s first two years at the helm have been full of incident and controversy, all through a global pandemic.

Asides from the chaos that has ensued off the pitch, disciplinary issues have also hampered Arsenal on it. The Gunners have been shown 10 red cards in the Premier League since Arteta’s first game in charge, which is three more than any other team and comes despite having a foul count that’s only the 13th highest in the competition since then.

Meanwhile, performances had been somewhat inconsistent until recently, with results following a similar pattern – from the highs of the 2019-20 FA Cup triumph to the lows of back-to-back eighth-place league finishes, which resulted in a first season without European football since 1995-96.

Arsenal sat 15th in the Premier League table heading into their London derby with Chelsea on Boxing Day 2020, following a seven-game winless run. Arteta named a new look youthful side, with the likes of Bukayo Saka (aged 19 at the time), Emile Smith Rowe (20) and Gabriel Martinelli (19) making the starting XI.

Arsenal went on to secure a much-needed win under the circumstances, but it was the performances of the youngsters on the day – who injected some much-needed energy to the Gunners’ play – that provided Arteta with his greatest takeaway: it was time to turn to youth. Since that day, Arsenal have picked up 79 points in the Premier League, with only Man City (107) and Chelsea (80) winning more.

This drastic upturn in form is largely accredited to the inclusion of Smith Rowe. Indeed, Arsenal’s Premier League win percentage since the start of last season has been 23% higher with the Englishman in the side (58%) compared to when he hasn’t been present (35%), with the 21-year-old finally proving to be the man to fill the creative void left by the departed Mesut Ozil.

2021-22 has seen the rise of Smith Rowe the goal scorer, as opposed to Smith Rowe the creator. He’s already scored twice as often this season (eight in 19 games) as he managed in the entirety of 2020-21 (four in 33 games), becoming the first player aged 21 or under to score in three consecutive league appearances for the Gunners since Cesc Fabregas in 2007. In fact, Smith Rowe has scored in six of his last eight appearances for the Gunners in the Premier League and currently tops their goal scorer charts in the competition (7).

Following his fine start to this season, Gareth Southgate last month rewarded Arsenal’s number 10 with his first senior England call up, which he described as “the biggest achievement of his career so far”.

When assessing the impact of the youngsters during this rebuild, it’s hard to look much further than Bukayo Saka, who has arguably been Arsenal’s most consistent performer over the past two seasons. Virtually an ever-present under Arteta, the 20-year-old has played more games under the Spaniard than any other player (89), while against Leicester in October he became the sixth youngest player to reach 100 appearances for the Gunners.

As a duo, Saka and Smith Rowe have combined for six Premier League goals – the most of any Arsenal pairing since the start of last season, with only Wayne Rooney and Cristiano Ronaldo (eight) combining as a pair for more in Premier League history before turning 22 years old. The rise of these two Hale End graduates could not have come at a better time for the Gunners and Arteta, highlighting the importance of a good academy set up, and setting the blueprint for a new look youthful Arsenal side, based upon “respect, humility and accountability”: Arteta’s “non-negotiables”.

Another youngster to impress for the Gunners so far in 2021-22 is Brazilian forward Gabriel Martinelli. The 20-year-old heads in to the Christmas period in fine form, with him being directly involved in six goals in his last six Premier League games for Arsenal (four goals, two assists) – as many as he had in his first 33 appearances in the competition before this (five goals, one assist).

Overall, ahead of their Boxing Day meeting with Norwich City at Carrow Road, 52% of Arsenal’s Premier League goals this season have been netted by players aged 21 or under (14/27), with only Leeds United in 1999-00 (65%) having a higher such ratio within a single Premier League campaign (excluding own goals).

It was well documented how Arteta inherited a bloated and ageing squad, so much so that the likes of Mesut Ozil and Sokratis missed out entirely on Arsenal’s 25-man Premier League selection last season. Of the 40 players to make a league appearance under Mikel Arteta, 14 of those are no longer at the club for 2021-22, either leaving permanently (seven – sold, contract expired or terminated), loaned out for this season (five), or returned to their parent club after a loan spell with the Gunners (two).

Following these departures, Arsenal took a different approach to recruitment this summer, moving from agent-driven deals to targeting players of a younger age profile approaching their ‘peak’ years.

Five of Arteta’s first six signings at Arsenal were aged 25 and over – with Gabriel Magalhães the only exception, but all six summer signings ahead of this 2021-22 campaign were aged 23 and under. This has led to the average age of Arsenal’s starting XI being the youngest in the Premier League this season (24 years, 230 days), with the Gunners accounting for each of the 16 youngest starting XIs named in the competition this term.

Having lost their first three league games without scoring a single goal for the first time in the club’s history, Arsenal needed their new signings to hit the ground running. And they have. Since the closure of the summer transfer window, Arsenal have been fortunate to have had a virtually fully fit squad to choose from, winning 32 points – only less than Liverpool (34) and Man City (38).

Against Watford back in November, Arteta became the 15th manager to take charge of 100 Arsenal games, with only George Graham (56) boasting a better win tally than the Spaniard (54) after 100 games in charge of the club.

In a recent interview on Arsenal.com Arteta said “what has happened since I became manager has never happened in history, we have been through some challenges that none of us have ever experienced but I am privileged. We have gone through difficult times, a real transformation”.

While Arsenal may not yet be the finished article, Arteta has started to build an Arsenal squad with characters built for purpose.

Arguably, this is first time since the early 2000s that the Gunners have a clear project that fans can identify and get behind. There may be more bumps along the road as this young squad continues to develop, but the horizon looks a lot brighter for Arsenal.

Who knows, they might even become just the third side to win the English top-flight title having lost their first three games of the season after Liverpool 1905-06 and Burnley in 1920-21.