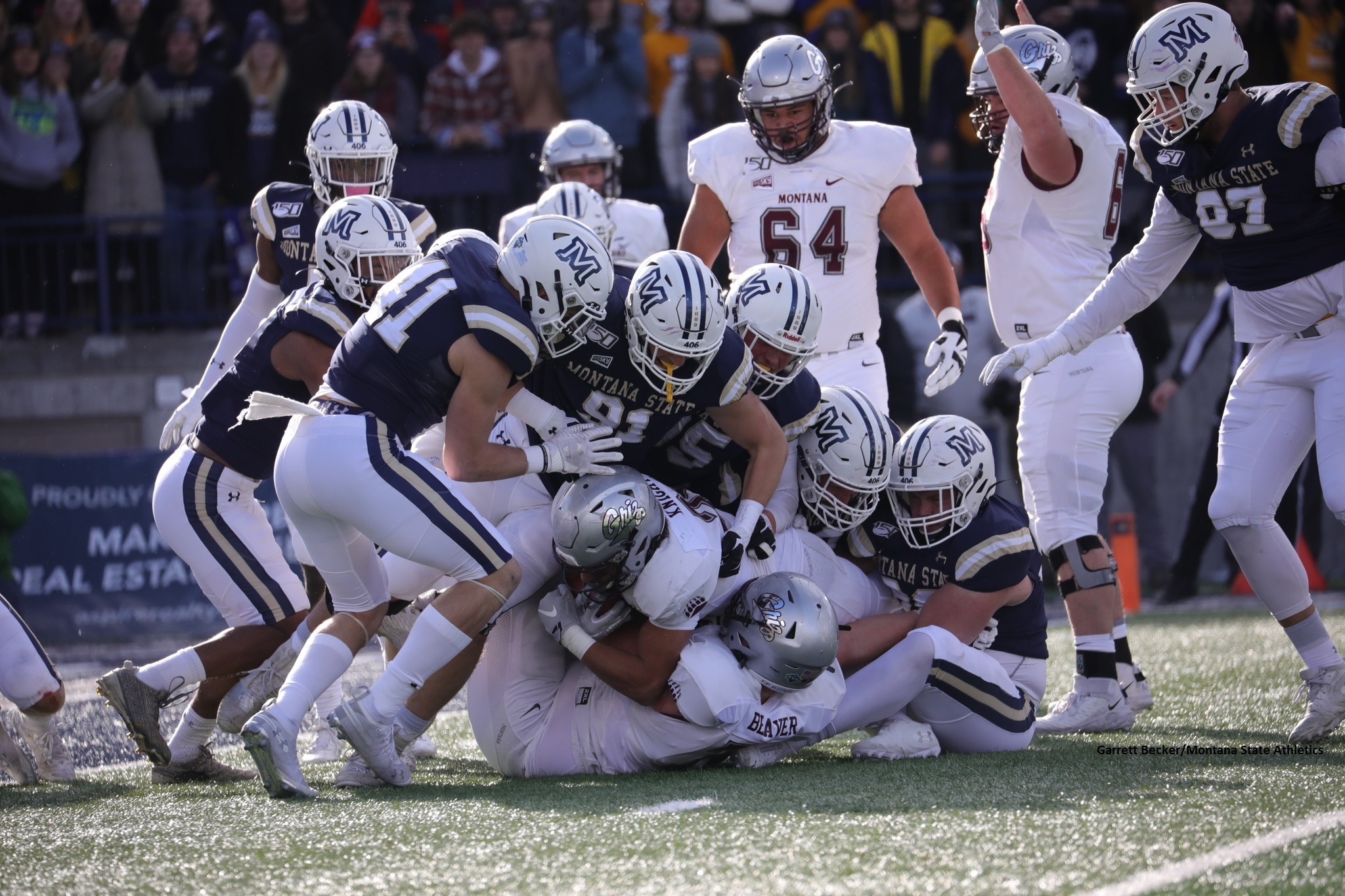 10 Important Games to Know in FCS Football This Week

The anticipated FCS campaign has delivered this fall, and the final full week of the regular season is extra special with conference titles, postseason bids and bragging rights in rival series at stake.

On Sunday, the NCAA will announce its 24-team playoff field, which includes automatic qualifiers from 11 conferences. Two others, the MEAC and SWAC, will send their champs to the Celebration Bowl. The Ivy League is the only conference that does not participate in a postseason. (See all the conference scenarios)

While the important games on the schedule appear endless, following are 10 to know across the nation:

It would take the unlikely scenario of Ivy League co-leaders Dartmouth and Princeton both losing season-ending games for the winner of The Game to claim a share of the title. Still, no rivalry looms over the league like this one, which Yale leads 68-60-8 heading into the 137th renewal. Yale may need to rely on quarterback Nolan Grooms’ arm because Harvard is surrendering an FCS-low 59.8 rushing yards per game – an average that has been topped only once over a full season since 2009 (McNeese, 54.5 in 2017).

Harvard-Yale is the third most-played FCS rivalry, but it’s 20 games behind college football’s most-played series, which Lafayette leads 80-71-5 entering the 157th renewal. To know it’s different, the last two game MVPs were a kicker and a tight end. Lehigh was headed to having one of the more futile offenses in FCS history when it scored only 49 points in an 0-8 start, but the Mountain Hawks have since scored 61 points in a two-game winning streak. Lafayette’s first drive against Colgate last Saturday chewed up 12 minutes, 14 seconds of game clock – 12:14! – before resulting in Selwyn Simpson’s two-yard touchdown run.

The Big South title and playoff AQ are at stake for two programs that are both 23-2 in conference over the last five seasons, with the losses only against each other. In fact, Monmouth enters on a record-tying 16-game winning streak in Big South games, but it surely needs to extend it to earn a fourth playoff bid since 2017. Kennesaw’s Xavier Shepherd, who missed the Owls’ loss to Monmouth in the spring, leads all FCS quarterbacks in TD runs (15), but he has three times as many TD passes (nine to three TD runs) in the last three games. His counterpart, Tony Muskett, has accounted for four TDs in each of the Hawks’ last three games. They hope to have leading rusher Juwon Farri back from injury.

Like Monmouth vs. Kennesaw State, Mercer and ETSU are playing for an outright conference title and AQ bid to the playoffs. ETSU ranks fifth (247.8) and Mercer 11th (216.8) in the FCS in rushing yards per game. The host Bucs are on the verge of having two 1,000-yard rushers this season with Quay Holmes (1,299, the FCS high) and Jacob Saylors (932), which last happened in the SoCon with Chattanooga in 2015. The Bears, who have never qualified for the playoffs, feature Fred Davis, whose 276 rushing yards against Samford are the most by an FCS player this season.

ESPN’s “College GameDay” is missing a lot with the “Brawl of the Wild,” which returns after the 2020 layoff. Montana State trails 73-41-5 in the series, but the Bobcats’ four straight wins are their most since the 1972-77 teams won six in a row. The Big Sky co-leaders also are seeking a 10th straight win for the first time in program history. First team to score 10 points? Probably not, but Montana and reigning Stats Perform FCS National Defensive Player of the Week Robby Hauck have gone 10 straight quarters without allowing a touchdown, while MSU is surrendering only 11.6 ppg, which ranks second nationally.

The “Soul Bowl” has a different feel with Jackson State’s Deion Sanders coaching in it for the first time and the Tigers already bound for the SWAC championship game for the first time since 2013. For Alcorn State to match them there, it would have to beat the East Division champion here and then have West-leading Prairie View A&M lose to Mississippi Valley State on Nov. 27. In Jackson State’s last six games, wide receiver Malachi Wideman has caught 11 of Shedeur Sanders 16 TD passes.

Despite wins over Colorado State and MVFC champ North Dakota State, the host Jackrabbits’ playoff resume includes only six victories against Division-I opponents, so they seek to pad it. NFL prospect Pierre Strong Jr. is second in the FCS in rushing yards per game (124.5) and has the most 100-yard games (eight). Incredibly, linebacker Adam Bock’s 88 tackles are more than twice as many as the team’s next-best total. Against brutally strong competition, North Dakota has lost six of its last seven road games since the spring season.

South Dakota is coming off the first successful game-ending “Hail Mary” pass to win a Missouri Valley game, beating rival South Dakota State and knocking down the playoff door. The Coyotes want more, though, because another win would earn a piece of the MVFC title. North Dakota State has already clinched the conference’s AQ and is in the mix for a top-two playoff seed, which guarantees home-field advantage through the national semifinals. Right tackle Cordell Volson will match the Bison record by playing in his 61st career game, blocking for the FCS’ No. 2 rushing offense (268.7 ypg).

No SWAC team has appeared in the playoffs since 1997, but nationally ranked Florida A&M will have a case for an at-large bid if it extends a seven-game winning streak. Of course, to do that, the Rattlers have to end a stunning nine-game losing streak to Bethune-Cookman in the Florida Classic. FAMU opponents are averaging an FCS-low 251.6 yards per game, often set back by defensive end Isaiah Land’s 23.5 tackles for loss and 17 sacks – each the national high. Not surprisingly, Bethune owns a plus-12 turnover advantage over the Rattlers during its win streak in the series.

Both teams are playoff-bound, but the Causeway Classic has extra juice with UC Davis trying to spoil Sac State’s perfect run in the Big Sky. The visiting Hornets also are 8-0 against FCS opponents in coach Troy Taylor’s first two seasons. Each team has relied extensively on multiple quarterbacks. For Sac State, Jake Dunniway is the chief passer with 2,051 yards and 11 touchdown passes, and Asher O’Hara leads the team in rushing yards (594) and TDs (nine). UC Davis has utilized a trio, including Miles Hastings the most in recent games. Wide receiver Jared Harrell has 165 career receptions, while Ulonzo Gilliam Jr. enters with 3,342 career rushing yards, just 247 shy of the school record.