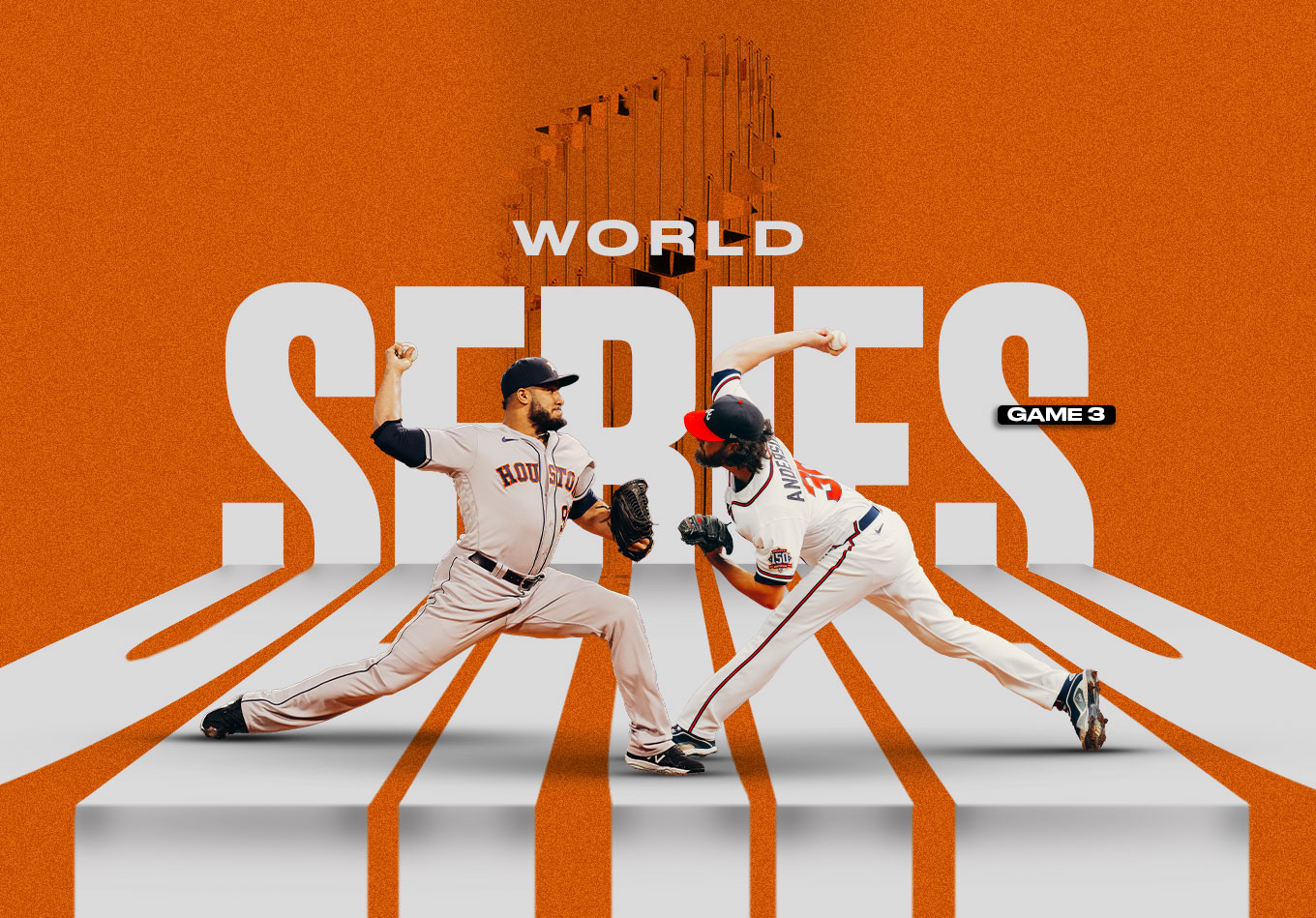 As the series shifts to a pivotal Game 3 in Atlanta, we’re using TVL data to explore Ian Anderson’s early-game woes for the Braves and dive into whether Houston rookie Luis Garcia can maintain his new-found velocity.

After allowing the focus to turn to the Green Bay Packers-Arizona Cardinals showdown and Joe Buck’s acting chops for one night, the World Series returns to center stage for the start of what is now essentially a best-of-five battle.

The pendulum may have swung in the favor of the Houston Astros as early as the third inning of Game 1 when Charlie Morton was knocked out of the series with a broken leg. But with things now tied at one, the focus for the Atlanta Braves turns from one of the elder statesmen of the franchise to a young hurler who continues to prove himself a postseason master.

When we were 23 years and 180 days old most of us had barely settled into adulthood. Ian Anderson, however, finds himself starting Game 3 of the World Series. And this isn’t his first postseason rodeo. The third overall pick of the 2016 draft will be starting for the eighth time – just 14 months after making his big-league debut.

And the reality is that when the days get darker and the nights cooler, Anderson comes to life more than he does in the regular season. He’s 3-0 with a 1.47 ERA over 30.2 innings of work, contributing to the Braves winning six of the seven postseason games he’s started – including all three in these playoffs.

Looking at our TVL data, it’s a puzzle that doesn’t seem it should be too much of a challenge for the Astros to solve: a steady diet of fastball and changeups with the occasional curve thrown in when ahead or even in the count. And yet Anderson pulls out seemingly incredible results; well, apart from one slight issue which might be the actual pathway in for Houston.

A look at his inning-by-inning breakdown shows that he might not be quite as sharp at the start of the game as the rest. While his ERA is a solid 3.46 across 27 starts (including the playoffs) this season, Anderson’s first-inning mark is nearly twice that at 6.33.

This postseason, he’s given up two runs over his three first innings so far, giving up a home run to Los Angeles Dodgers shortstop Corey Seager in Game 2 of the National League Championship Series.

He lasted only three innings in that start and the pitch locations don’t make for pretty viewing, with many curveballs sitting high in the zone.

Although Anderson was able to bounce back with a better showing in Game 6, the Astros will be keen to take advantage of any early mistakes in location and intent.

In the chart below, you’ll notice the highest dark purple dot in the middle of the zone – that’s the curveball that Seager knocked out of the park.

The Astros are turning to Luis Garcia, who starred in Game 6 of the American League Championship Series off the back of an injury-hit outing.

Ahead of that outing, we had pondered whether changes in his mechanics off the mound would have an effect on Garcia’s release point.

Well, as our TVL data shows, not really. And actually, it might be that Garcia has been able to unlock some extra power by tweaking his mechanics.

Coming off extra rest again could be key for Garcia, but whoever ever can replicate the success they had last time out will be the difference-maker at Truist Park.