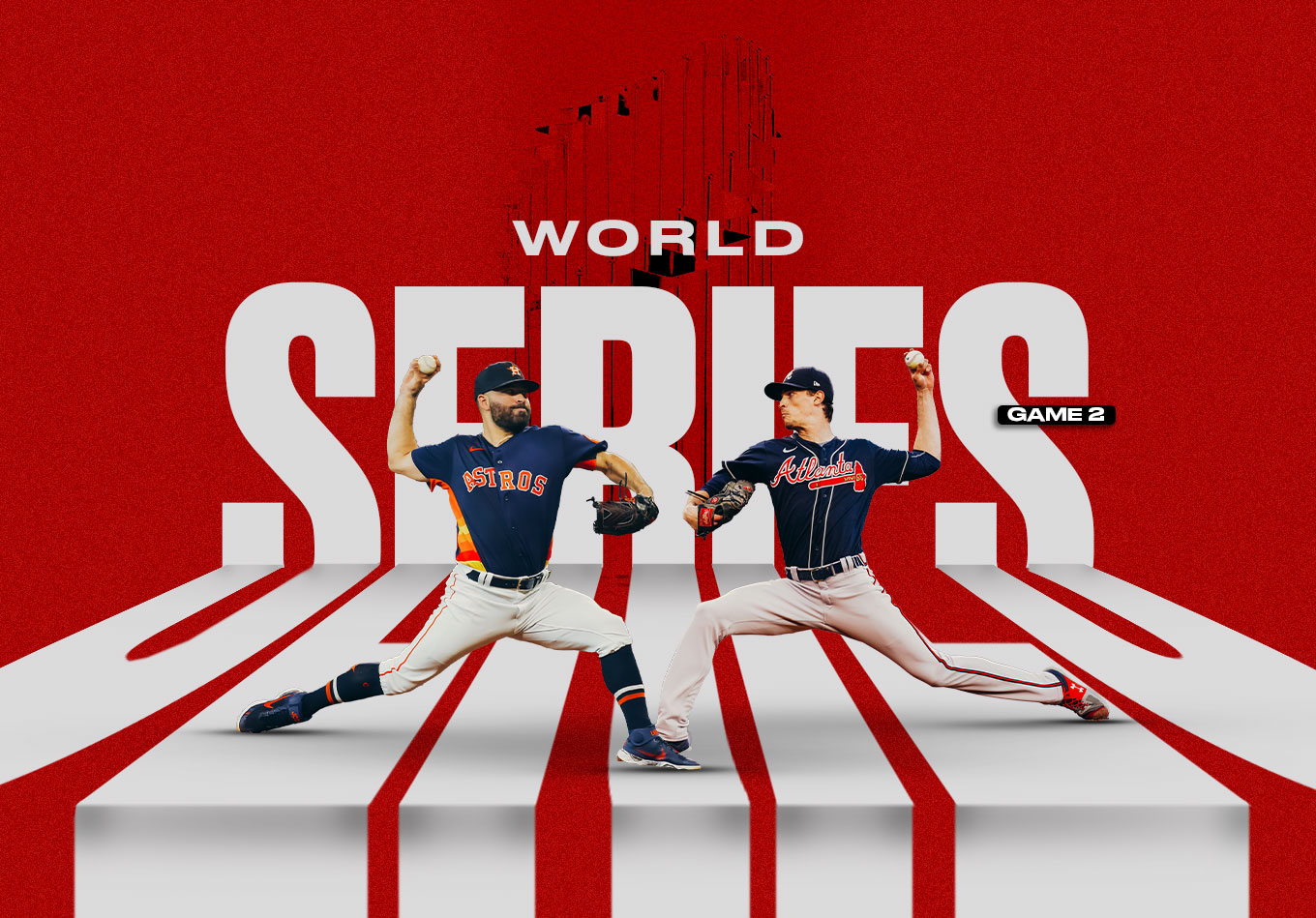 Ahead of the first pitch in Houston, we’re using TVL data to reveal how Max Fried might adjust after struggling last time out, what to expect from Jose Urquidy, and more as the Astros look to even the series.

After appearing in 15 postseason games throughout his career, Max Fried will make his debut in the Fall Classic tonight when the Atlanta Braves look to head home with a 2-0 series lead on the Houston Astros.

The left-hander was solid in his first two starts of this postseason before struggling his last time out. In Game 5 of the National League Championship Series, Fried allowed five runs and eight hits over 4.2 innings in an 11-2 loss to the Los Angeles Dodgers.

Using TVL data, we can see that Fried nicely balances his four-seam fastball, curveball and slider, while sprinkling in some two-seamers and the very occasional changeup. Though he is a little more four-seam heavy when facing right-handed batters, he mixes his pitches quite well against both righties and lefties.

Fried threw exactly two changeups to lefties this season – and they were both in the sixth inning of Game 2 of the NL Division Series against Kolten Wong of the Milwaukee Brewers.

With a 3-0 lead, after not throwing a changeup to any lefty the entire season, Fried threw back to back changeups to Wong starting at a 1-1 count to get strikes two and three, both swinging.

While Fried already throws each his other four pitches at least 17.9% of the time against lefties, the addition of a changeup to lefties could make him that much more unpredictable. Will he sprinkle in a few to Astros lefties like Michael Brantley, Kyle Tucker, and Yordan Alvarez or keep it in his pocket, as he did during the regular season?

The 27-year-old Braves lefty has yet to face the Astros in his career and has not faced any Houston player more than two times.

Jose Urquidy takes the ball for Houston as it tries to even the series on its home field. The right-hander had a very respectable regular season in which he sported a 3.62 ERA over 107 innings. But in his lone postseason appearance, he gave up five earned runs in just 1.2 innings.

Urquidy does have some success in his World Series career, pitching 5.2 innings of scoreless baseball over two outings in the 2019 World Series.

When he falls behind to righties, Urquidy tends to lean heavily on his four-seamer. Braves righties like Austin Riley and Dansby Swanson, as well as switch hitter Ozzie Albies, should look to jump on heaters in those situations.

The Astros may try to get a few innings out of Urquidy, but don’t be surprised if they turn to their bullpen fairly early if he begins to struggle.

Whenever the Astros bullpen is called upon, Ryne Stanek is usually one of the first guys to make an appearance. After pitching an inning in Game 1, Stanek has now appeared in nine postseason games this year – more than any other Astro.

He also led the club with 72 regular-season appearances. Subsequent Stanek appearances in this series are more questions of “when” and “how many,” rather than “if.” Stanek, like many relievers, has a more dialed-in approach when it comes to pitch usage. He throws a four-seam fastball, a slider and a splitter.

Here, Stanek strikes out Xander Bogaerts of the Boston Red Sox on an 0-2 slider in the American League Championship Series.

Offensively, Alvarez hopes to continue being a major threat for the Astros offensively. After hitting .277 in the regular season, the 24-year-old Cuban slugger is hitting .432 with two home runs, two triples, four doubles and nine RBIs in the playoffs. Half of his 16 hits have been for extra bases and aided by nine walks, he’s posted a staggering 1.343 OPS.

Alvarez tripled in Game 1 and is 10 for 16 in his last four games, though the Braves were able to take the opener by a score of 6-2 behind an early offensive outburst and a strong team effort on the mound.

The trend of short outings by starters has continued into the World Series as managers are keeping pitchers on very short leashes with so much at stake.