Nickel Coverage: Are Brady and the Bucs Offense Even Better This Year? | The Analyst 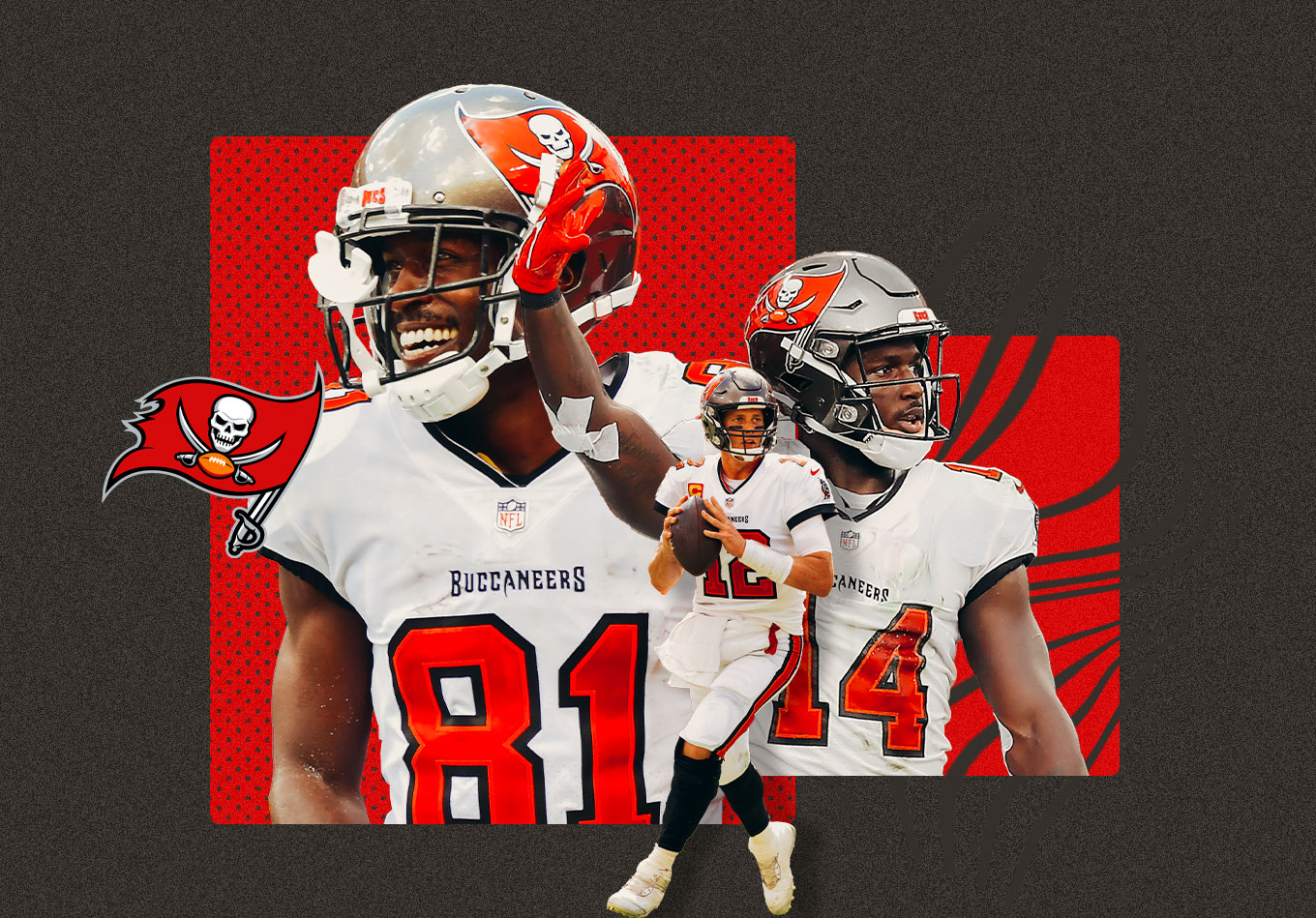 Nickel Coverage: Are Brady and the Bucs Offense Even Better This Year?

In Week 4, the Tampa Bay Buccaneers faced an AFC East defense and – by their standards – looked out of sync.

In Week 5, they faced an AFC East defense and could hardly have looked more impressive.

Freed from the rainy confines of Foxborough and away from the defensive scheming of his old boss Bill Belichick, Tom Brady and the Buccaneers routed the Miami Dolphins – whose rebuild appears poised to come crashing down – 45-17 to improve to 4-1 on the season.

Speaking after Sunday’s game, running back Leonard Fournette said: “Prior to the third quarter Rich (Richard Sherman) came up to me and said, ‘Man, I’ve never been part of a team with so much talent.’

“And I’m telling him like, and excuse my language, but this s*** is different.”

It is tough to disagree with Fournette’s assessment of the Super Bowl champions. When performing at their peak, the Bucs appear to be on a different level to almost every team in the NFL.

They were several leagues above their in-state neighbors over the weekend, with the gulf in class illustrated by a rapport between Brady and arguably the NFL’s premier group of wide receivers that appears to be growing ever stronger.

Brady finished with 411 yards passing and five touchdowns against the Dolphins for a 144.4 passer rating, tying Peyton Manning with his ninth career game with at least five touchdown passes. Only Drew Brees (11) has more in NFL history.

A 62-yard touchdown pass to Antonio Brown marked Brady’s 45th of 50 or more yards, moving him level with Brees and John Hadl for the third most in league history. Johnny Unitas (51) and Manning (46) stand ahead of him in that regard.

Leading the league in passing yards (1,767), ranking second in passing touchdowns (15) and tied for second in plays of 25 yards or more (16), Brady will be a strong bet to keep moving up those lists, provided he and his wideouts continue operating at a level that left a Dolphins defense known for producing momentum-stopping takeaways powerless to stem the tide.

Brady delivered an accurate well-thrown ball on 81.6% of his pass attempts against Miami. The average for the week heading into Monday was 81.7, but Brady was close to that mark while also averaging 10.53 air yards per attempt.

Only two quarterbacks who averaged more air yards had a better well-thrown percentage. Russell Wilson was accurate on 93.3% with 12.00 air yards per attempt before his injury, and Josh Allen was on target 87.5% of the time with an average of 12.46 air yards.

It was under pressure where Brady stood out in Week 5. In his first of two touchdown hook-ups with Brown, he stood in against the interior rush and delivered a perfectly timed ball to the former Pittsburgh Steeler on a crossing route despite falling away from the throw.

Brown was able to collect the pass in stride, racing into open space to find the end zone and give the Bucs a 17-10 lead they never looked like relinquishing.

Arguably as impressive was Brady’s 34-yard bomb to Mike Evans. In the first of two touchdown catches for Evans, Brady dropped a downfield shot into the bucket despite dealing with late-arriving pressure from the backside and Byron Jones being in good trail position covering the receiver.

Brady was accurate on four of his five attempts under pressure, on which he averaged 9.80 air yards, with his release time of 2.41 seconds on those passes the second fastest in the NFL.

In a league increasingly dominated by quarterbacks who can escape pressure with their legs, Brady is a 44-year-old statue winning through his mind and his arm, operating at a faster speed than everyone else on the field while continuing to demonstrate remarkable placement on throws that seemed beyond him as recently as 2019.

Part of the credit for his success, though, must be attributed to a receiving corps firmly living up to its reputation.

Business Booming for AB and Co.

Evans, Brown and Chris Godwin can each be considered elite options at the wideout position, and their status in that regard was further solidified in a game in which the Bucs shredded Miami despite Brady being without tight end Rob Gronkowski, who is averaging a big play on 57.0% of his targets.

Brown finished with seven receptions for 124 yards and his two scores, becoming the fastest player to reach 900 catches with 906 in 143 career games. It broke the record set by Marvin Harrison (149 games).

He also became the fifth player in league history to reach 12,000 receiving yards in fewer than 150 games and while Brown may never reach the levels he demonstrated during his time in Pittsburgh, he is undoubtedly worthy of Brady’s increasing faith in him.

Producing a burn – when a receiver wins his matchup with a defender on a play where he is targeted – 69.0% of the time, Brown is tied for third among receivers with at least 20 targets with his 5.3 burn yards per route.

Evans, meanwhile, is seventh on the list of receivers who meet that same threshold with a big play on 41.7% of his targets, and Godwin – the quietest of the trio versus Miami with seven catches for 70 yards – is fifth in burn percentage for receivers with a 20-target minimum, winning his matchup on 74.4% of targets.

Godwin’s average depth of target of 8.3 yards speaks to a receiver who is working more as an underneath option while Evans (14.2) and Brown (13.9) are being relied on to produce the more explosive plays downfield.

Yet when performing at the standard they showcased on Sunday, the nature of their deployment is almost immaterial. With three receivers who could be No. 1 targets on most teams in the NFL and a quarterback whose arm and ability to process are seemingly unaffected by the passage of time, a Bucs offense that is clicking is a near-impossible one to stop.

Any notion of a short stay in Tampa being akin to a Florida retirement home for Brady has long since been dispelled. With an embarrassment of riches at receiver, he’s continually polishing a legacy that glistens more than any other in league history.

With more offensive performances like his 400-yard blitz of the Dolphins, he may end the year buffing up an eighth Lombardi Trophy.