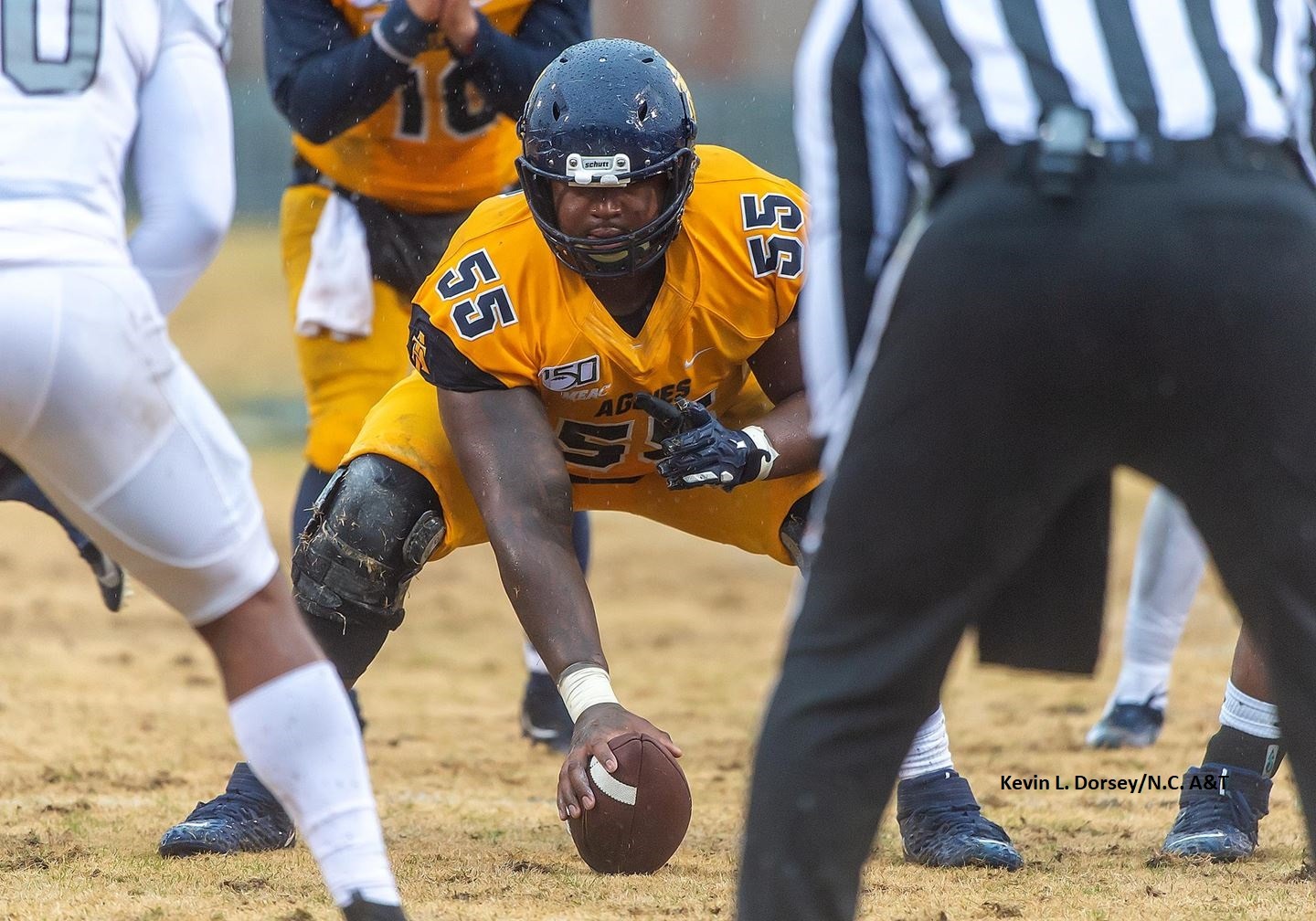 The way FCS college football is ushering in its highly anticipated 2021 season could leave one breathless.

The FCS schedule is spread out over five days and includes 38 matchups against FBS opponents.

With plenty of good matchups left off the following list, here’s a subjective ranking of the 15 biggest games (all times ET):

The Eagles hope to rolls 7s in Vegas  – touchdowns, that is, baby – behind quarterback Eric Barriere, whose 75 career TD passes are No. 1 among active FCS players. Last season, coach Aaron Best’s squad averaged almost 38 points while going 5-2 and UNLV gave up 38 points per game in an 0-6 campaign.

Surely, the defending FCS champ will put on an opening-night show, but Sam Houston is 0-9 all-time indoors against teams other than Stephen F. Austin. Jequez Ezzard, in his second season at SHSU after a grad transfer from Howard, is averaging 25 yards per catch on 114 career receptions – the highest in FCS history.

Heading into the week’s only matchup between two teams ranked in the Stats Perform FCS Preseason Top 25, Chattanooga is 6-0 all time against its intrastate foe. Austin Peay’s C.J. Evans scored on a 75-yard run on the first play from scrimmage during the nine-month 2020-21 FCS campaign, but has since switched from running back to slot receiver (26 receptions as a true freshman).

It doesn’t matter if N.C. A&T is a member of the Big South, MEAC or the NFC South, when the Aggies go out of conference, they’re there to make a point, winning 15 of their last 18 outings with more wins over FBS opponents (three) than losses to them (two). It’s a first-time meeting between these programs.

SDSU opens coach John Stiegelmeier’s 25th season just 1-9 all-time against FBS opponents, but with a good chance for an upset. Running back Pierre Strong Jr. has two 1,000-yard seasons in his career, although during the Jackrabbits’ national runner-up season, freshman Isaiah Davis outgained him 818-707 as they formed the FCS’ No. 1 rushing duo (1,525 yards).

Deion Sanders’ first season as Jackson State’s coach lacked a signature win, but such an opportunity comes with the Orange Blossom Classic in Miami Gardens against a FAMU squad playing its first-ever SWAC game. Sanders’ sons Shedeur, a quarterback, and Shilo, a safety, have leading roles.

The Bison, eight-time FCS champs since 2011, have won 70 of their last 72 home games over nonconference opponents, but in Albany’s last full season in 2019, quarterback Jeff Undercuffler ranked No. 1 in the FCS in TD passes (41) and running back Karl Mofor was No. 6 in scrimmage yards (1,609).

The Montgomery Classic at neutral Cramton Bowl has an extra spotlight on ESPN as Wednesday’s only Division I game. UAB coach Bill Clark is a Jacksonville State graduate who went 11-4 in his only season coaching the Gamecocks in 2013, and he was succeeded by John Grass, who has since gone 68-21.

Having gone 0-4 against Mid-American Conference opponents in their all-time FBS matchups, the Hawks expand their footprint into Conference USA, and coach Kevin Callahan is calling the game a measuring stick. In a program that began in 1993 under Callahan, the Hawks’ three highest seasons for offensive yards per game have been the last three (overall, a 463.1-yard average in 29 games).

The conference champs that made the FCS playoffs for the first time this past spring have a long history of playing each other, but it’s only their second matchup since 2006 (also 2014). Defending SoCon champ VMI has won the last 10 meetings, although defending Pioneer champ Davidson has the FCS’ No. 1-ranked rushing offense (351.6 yards per game) since coach Scott Abell took over in 2018.

The Salukis hold a 42-38-8 lead in a rivalry that was rebranded as the “War for the Wheel” in 2018. In their preseason competition, Nic Baker retook the starting quarterback position from Stone Labanowitz, who directed the team’s late-season run in the spring. Baker was 3-0 as a starter before suffering an injury, and that included ending North Dakota State’s FCS-record 39-game winning streak.

The CAA loves early conference matchups, and it didn’t hurt Delaware this past spring when it held Maine quarterback Joe Fagnano to a career-low performance and won 37-0. Of course, the Blue Hens’ defense is fierce, having allowed the second-fewest yards per game (239.4) and points per game (14.4) among FCS teams that played more than two spring games.

Hah, there’s always enough boldness surrounding the Griz to mistakenly think they’re the favorite, but UW is 17-1-1 in the series, including a 63-7 rout in the only meeting (2017) that didn’t occur between 1920-51. Coach Bobby Hauck (98 career wins at UM) has given the keys of the offense to QB Cam Humphrey, who slips into Husky Stadium with a 5-0 record as a starter the past two seasons.

The FCS program, not the big, bad FBS, holds the series lead. Yup, it’s 13-11-2 UCA, including a win in Jonesboro five years ago. A-State should beware of a Bears’ lead at halftime because they’ve won 32 straight times (since 2015) after leading at the break.