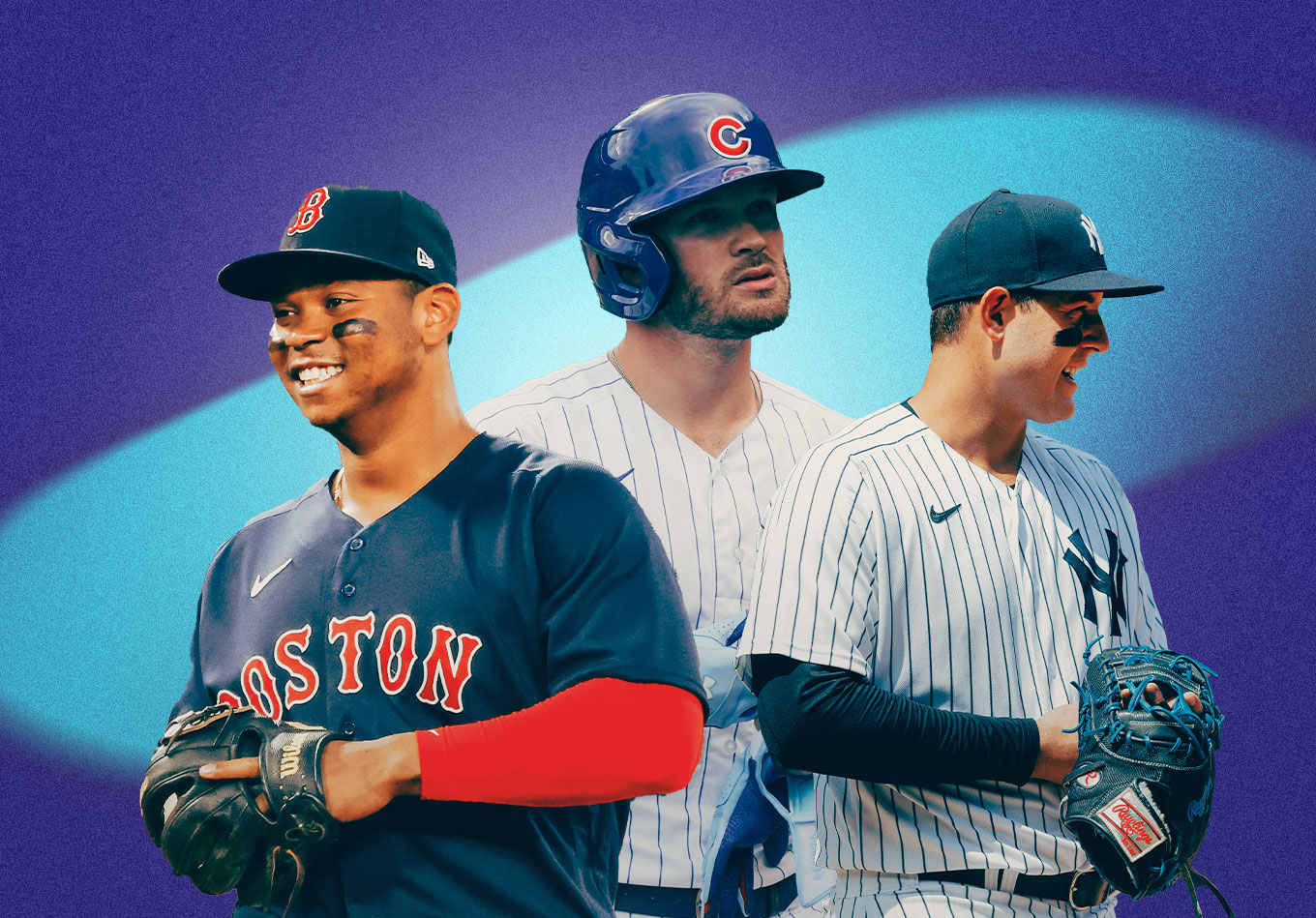 Never have the haves had so much or the have-nots had so little.

At least, that’s the way it has seemed ever since a memorable deadline day cleared the previously blurred lines between contenders and pretenders.

The number of teams to bottom out in August (five) were by far the most of any month this season. There was one team that finished with a winning percentage under .330 in April, three in May, two in June and two in July before the MLB trade deadline shifted the landscape to the extremes.

The once-mighty Cubs dropped 12 in a row after selling off most of its championship core and set a franchise record with 13 straight defeats at home. Their skid meant that there had been eight different losing streaks of at least 11 games this season (Cubs twice, Orioles twice, Arizona Diamondbacks twice, Texas Rangers and Kansas City Royals) – the most in a season since 1899.

All eyes were on the Orioles to see if they’d threaten the modern-era record for consecutive losses (23 by the 1961 Phillies). They lost their first 16 games of an eventual 19-game skid by two runs or more, marking the longest such losing streak since the Cincinnati Red Stockings dropped 18 straight by at least two runs in 1876.

At the same time, the historical proof of the haves having more this fall was evident on Aug. 23 when the Yankees and Braves met in a rematch of the 1996 and ‘99 World Series. Both teams were riding nine-game winning streaks (the Yanks’ run would reach 13), marking the first meeting between clubs with runs of at least nine games since 1901.

As a reminder, our adjusted team rankings are derived from a model that combines each player’s RV data. They’ve also been adjusted to incorporate trade-deadline moves, so Kris Bryant has taken his raw-value data with him to San Francisco. RV+ examines how a hitter performs throughout each pitch of an at-bat rather than just the result, while RV- does the same from a pitcher’s perspective.

Which teams have made the biggest leap or plummeted the furthest since rosters were tweaked – or, in some cases, overhauled – over the past month?

The Red Sox are 1.0 game ahead of the A’s, who have had the fifth-best jump, in the race for the AL’s second wild-card spot and two spots in front of Oakland (112.5) in seventh in the combined RV rankings. Boston also enters September 3.5 games ahead of the Seattle Mariners and 4.5 in front of the Blue Jays. The Red Sox are well ahead of Seattle (85.2) in the combined RV rankings, but they’re two spots behind Toronto (120.9).

Though they’ve actually lost some raw value over the past month, the Blue Jays remain one of the biggest surprises in the rankings. They sit fifth ahead of the division-rival Yankees, Red Sox and Tampa Bay Rays (102.2).

We suspect Toronto has gotten a little lucky with sequencing as its team OPS is .821 with the bases loaded, .806 with runners in scoring position and two outs but .762 with the bases empty. By now, those numbers should have evened out, but here we are in September and that ‘luck’ hasn’t subsided. Of course, Vladimir Guerrero Jr. has been the catalyst and ranks second in the majors in RV+ (170.6).

It might also be surprising to learn that the Rays are only 14th in the combined RV team rankings after only gaining slightly over the past month despite winning 20 of their last 24 games and matching the Giants for the best record in baseball.

What might be the reason for this? Mainly that the data doesn’t think their offense is as good as it’s performing. Tampa ranked in the top 10 in the team RV- rankings, but it’s only 16th in RV+ on the offensive side. And Nelson Cruz is the club’s top qualified batter in RV+, ranking 38th in MLB with a 131.5.

It isn’t, however, surprising to see the AL Central-leading White Sox second on the list of biggest movers after acquiring Cesar Hernandez and some key bullpen arms at the deadline while getting sluggers Eloy Jimenez and Luis Robert back from injury. Jimenez hit .287 with seven home runs in 27 games in August, while Robert batted .361 with five homers in 17 contests.

Chicago led the majors with 47 longballs in August.

The Cubs and Nationals were bound to be among the biggest fallers after trading away major contributors at the end of July, but the Mets and San Diego Padres were contenders who hoped to be on the rise. Instead, they’ve headed in the other direction thanks to injuries and poor play.

As a result, the Braves, fourth in most added value in August, have taken over first place in the NL East and the Reds, who led the NL with 46 homers in August, are tied for the NL’s second wild-card spot after briefly grabbing the lead from San Diego. Freddie Freeman of Atlanta ranks sixth in RV+ at 164.5, while fellow first baseman Joey Votto is fifth at 165.8.

The Phillies, who are riding a five-game winning streak, have cut their wild-card deficit to 2.5 games while adding the third-most combined RV in August. Bryce Harper has heated up, going 14 for 27 with three homers, six doubles and 11 RBIs over his last seven games. He’s now moved up to third overall in RV+ at 168.6, trailing only Juan Soto of Washington (186.1) and Guerrero.

In the West, it’s no accident that the Dodgers have trimmed the Giants’ division lead to 0.5 after Los Angeles added value and San Francisco suffered a minus-3.4 deficit in August. The Giants led the majors in combined RV before the deadline, but they’ve since fallen behind the Astros and surging Dodgers despite a 19-win August.

The playoff races are heating up, but there are also plenty of matchups that are leaving something to be desired down the stretch. And the data backs what everyone’s eyes are telling them about the haves and have-nots in the current MLB landscape.

Whether that wide of a divide is good for the game is another discussion altogether.