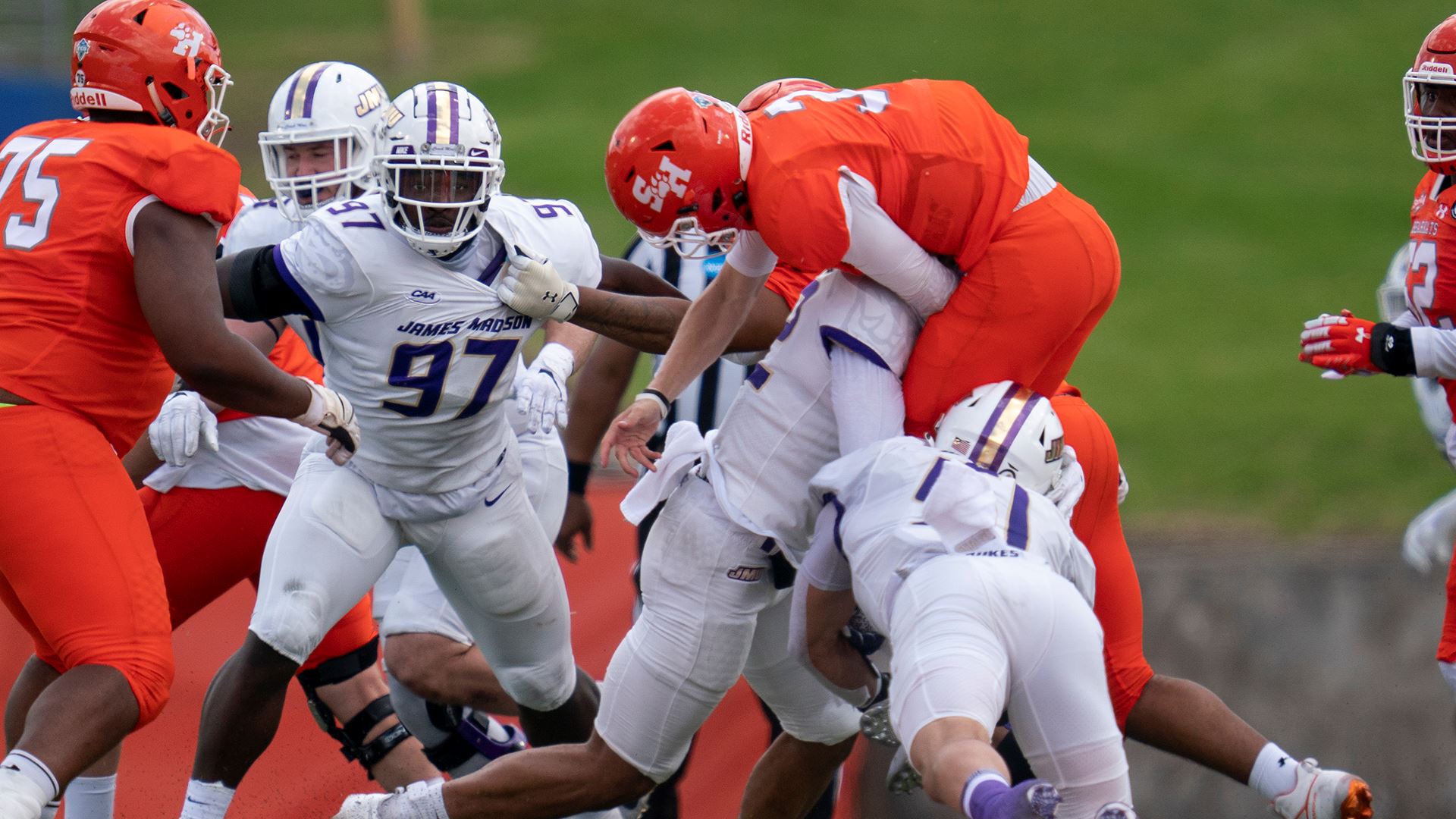 The 44th season in the NCAA Division I subdivision couldn’t be more anticipated because all schools are returning to the playing field following a 2020-21 school year that was deeply impacted by the pandemic. Some schools didn’t have a season and most played only partial schedules.

As the 2021 season embarks, though, veteran rosters and reloaded juggernauts abound across the 128-school, 15-conference FCS.

Who’s going to rise to the top? Here are fearless predictions for the 2021 season:

AQ7 – Sam Houston: The defending national champ’s goal extends way beyond the one-year partnership between the ASUN and Western Athletic Conference as the Bearkats seek to continue the rich history of FCS repeats (a program has captured at least two straight national titles seven different times).

Big Sky – Weber State: While capturing four straight Big Sky titles, the Wildcats have paced the conference in scoring defense in each season.

Big South – Monmouth: The Hawks, who return 21 of 22 spring starters, have won 10 straight conference games, all by double figures and on average by 26.7 points.

CAA – James Madison: The Dukes have won 38 of their last 40 matchups against CAA opponents, including three playoff victories.

MEAC – South Carolina State: In a conference that is down to six teams after it lost a key trio of schools this summer, the Bulldogs still have the most all-time titles (15) heading into coach Buddy Pough’s 20th season.

Northeast – Central Connecticut State: In what’s perceived as a three-team title race, the Blue Devils have the toughest schedule, but they can take solace in having wins in their last three visits to defending champ Sacred Heart and two in a row to Duquesne.

Patriot – Holy Cross: A difficult road schedule awaits the Crusaders, but they’ve won two straight Patriot titles and 12 of their last 13 games against league opponents (including in the one-time spring championship game).

Southern – Chattanooga: In a SoCon full of legitimate contenders, you will have to sweat out any preseason pick. Keeping with that theme, the Mocs’ last 10 conference games have been one-score affairs in the fourth quarter.

SWAC – Florida A&M: The Rattlers were ineligible for the MEAC title in 2019 when they posted the best record within conference games. They enter their new conference seeking their first title since 2010.

Julius Chestnut, RB, Sacred Heart – Coming from a Northeast Conference that’s never boasted the FCS offensive player of the year, Chestnut will need one big performance after another. It’s conceivable considering the consensus All-American has been over 100 rushing yards in nine straight games and 17 of his last 21.

Isaiah Chambers, DE, McNeese – If the second-year transfer from the University of Houston continues to live in opposing backfields – 14 tackles for loss and 7.5 sacks in seven spring games – he may find himself on the receiving end of the FCS defensive player of the year award.

K.C. Keeler, Sam Houston – The only head coach to lead two different programs to the FCS national title (Delaware and Sam Houston) would seem positioned for a second FCS coach of the year award if the Bearkats post another unbeaten regular season.

James Madison over North Dakota State – There’s not a better way for the Dukes to cap their 50th season of football than with a third all-time FCS championship. An All-American-laden lineup could get third-year coach Curt Cignetti’s squad to the finish line.

Florida A&M over South Carolina State – Four of the first five de facto HBCU national title games have gone to the MEAC thanks to North Carolina A&T, but the SWAC has taken over as the power conference, including with the addition of FAMU from the MEAC.

Since 2008, only one participant in the FCS championship game has come from outside the Big Sky, CAA and MVFC or three-time finalist Sam Houston (2015 runner-up Jacksonville State, then from the OVC). In some order, the top four teams going into the season should be Sam Houston, James Madison, South Dakota State and North Dakota State, and the national champion is going to come from that quartet.