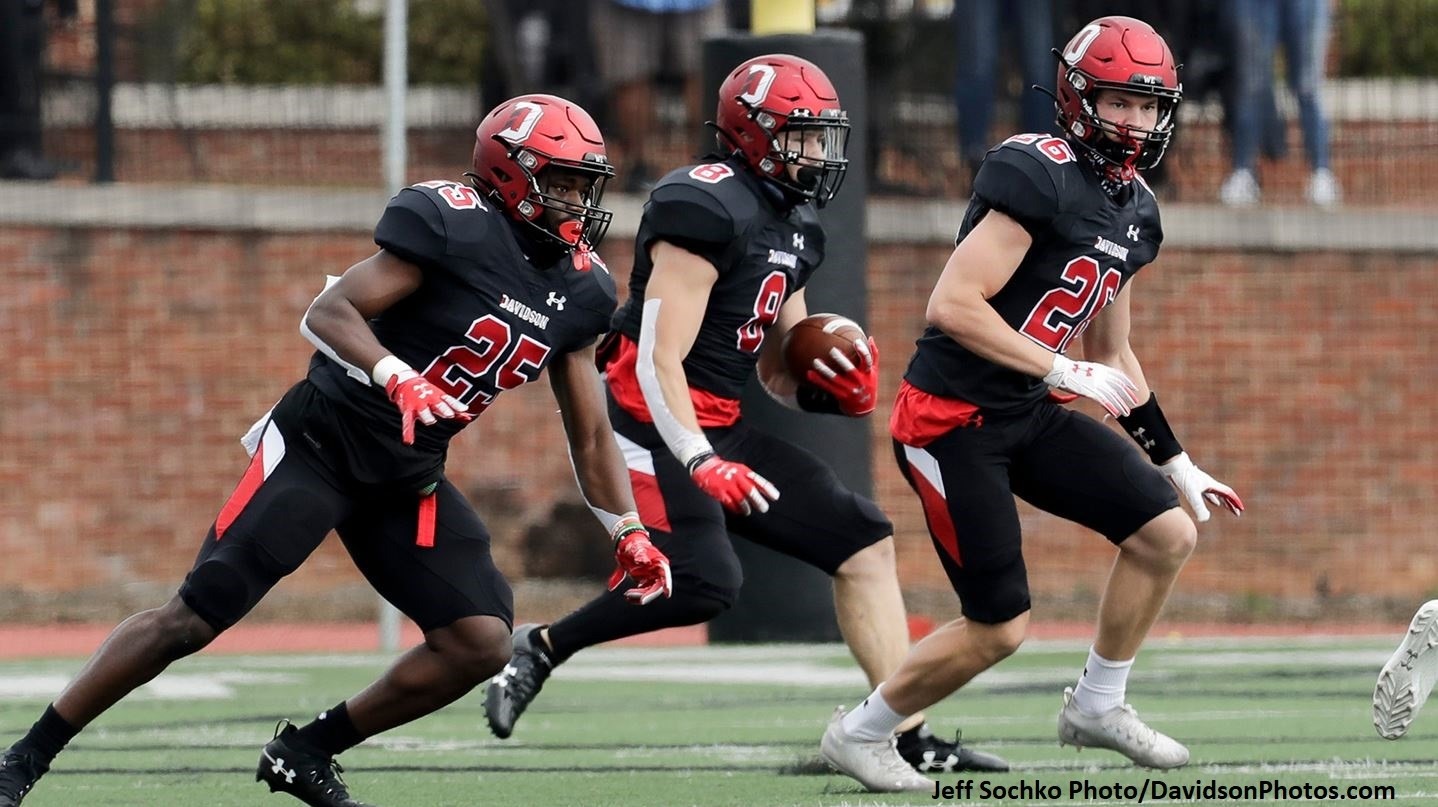 Davidson helped end San Diego’s stranglehold on PFL competition during the unique spring season, capturing the league title and an FCS playoff berth for the first time under coach Scott Abell. But the race proved to be “the more, the merrier” even without Dayton and Marist because Morehead State, Valparaiso and transitioning member Presbyterian joined San Diego as finishing within a half-game of Davidson.

The feeling around the league is so different that Davidson was voted atop the PFL’s preseason poll this summer, ending San Diego’s nine-year run as being the preseason favorite.

Here’s a preview of the upcoming PFL season:

With Spring Season Record Unless Noted

1. San Diego (4-2, 3-2) – The Toreros’ average points per game (23.7) in the spring season were a 10-year low and down nearly 15 from 2019. Quarterback Mason Randall threw more interceptions (11) than touchdowns (10), but is helped by the return of wide receiver Michael Carner and tight end Derek Kline.

3. Dayton (2019: 8-3, 6-2) – The Flyers sat out the 2020 season after having the top-scoring FCS offense (42.5 ppg) a year earlier. Quarterback Jack Cook no longer throws to tight end Adam Trautman (now a New Orleans Saint), but backfield mate Jake Chisholm led the subdivision in all-purpose yards per game (204.3).

4. Drake (2-3, 2-3) – Despite the losing record, no FCS team that played more than two games allowed fewer points per game than the Bulldogs (12.8). The offense showed maturation in the team’s final two games, and it figures to be better with quarterback Ian Corwin, who had an injury-plagued spring season.

6. Morehead State (4-3, 4-2) – No PFL passing duo connected on more TD passes than quarterback Mark Pappas and wide receiver B.J. Byrd (eight), but the Eagles have to run the ball (66.4 rushing yards per game) and defend the rush (232.3 ypg) better than their PFL-low averages.

7. Presbyterian (4-3, 4-1 ineligible for title) – Kevin Kelley makes the jump from being a successful high school coach in Arkansas. While the Blue Hose handed Davidson its only league defeat, their two All-Americans, wide receiver Keith Pearson and linebacker Colby Campbell, departed as grad transfers.

10. St. Thomas (2019: 8-2 Division III) – Having finished nationally ranked in each of its last 11 seasons, St. Thomas is the first institution to make a direct move in all sports from Division III to Division I, and the first in football since Buffalo and Dayton in 1993. After suffering big graduation losses, coach Glenn Caruso’s squad will rely heavily on senior quarterback Tommy Dolan.

Dayton quarterback Jack Cook – Only one FCS signal caller accounted for more touchdowns in 2019 than Cook’s 45. Villanova’s Daniel Smith had three more total TDs while playing two more games, so Cook ranked No. 1 nationally in points responsible for per game (24.7).

Dayton safety Brandon Easterling – Easterling kept pace with Cook on the defensive side of the ball in 2019, tying for the most takeaways in the FCS (nine on six interceptions and three fumble recoveries) and ranking second in solo tackles per game (7.5) and tackles per game (12.7).

Morehead State defensive end Vaughn Taylor Jr. – Since a transfer from Kansas in 2018, the 6-foot-2, 252-pound Taylor has totaled 33 tackles for loss and 12 sacks in 28 games at MSU. A strong 40-yard dash would boost an eventual drop to outside linebacker.

There will be a lot of getting to know you between PFL teams. Dayton and Marist haven’t played since 2019, Presbyterian and four of its league opponents are meeting for the first time, and St. Thomas is basically new to everybody.

Butler at St. Thomas (Sept. 25) – Butler, which stunned Youngstown State on the road in 2018, travels to St. Paul, Minnesota, for the Tommies’ PFL debut.

Davidson at Dayton (Nov. 13) – The end zones at Welcome Stadium will be hospitable to the two offenses.