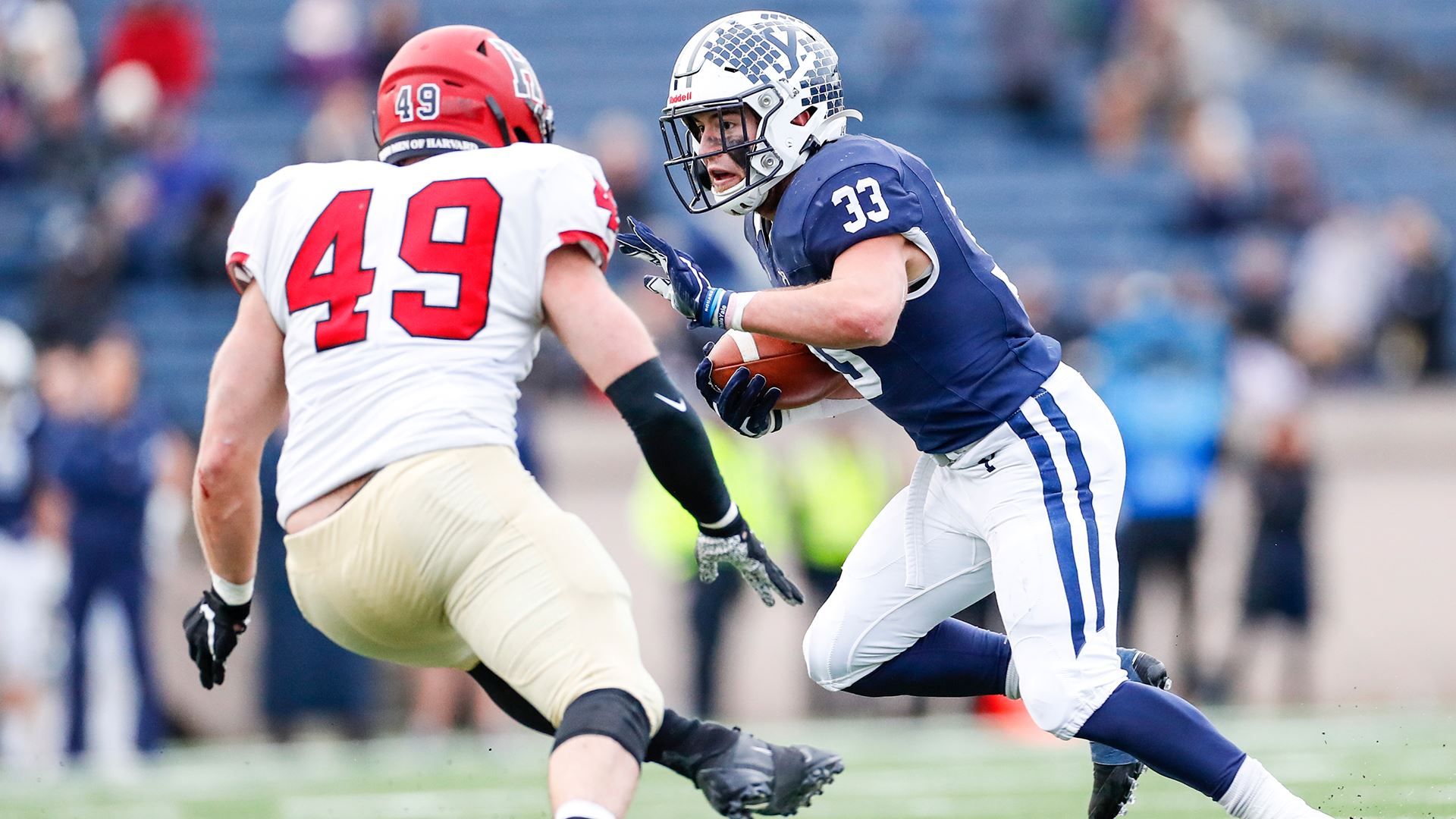 Raise your hand if you have a grasp on the upcoming Ivy League season.

The Ivy League was the only Division I league to sit out not just football, but all sports during the 2020-21 school year due to the pandemic. When the 10-game season kicks off on Sept. 18, it will mark nearly 22 months since the last games.

Dartmouth and Yale were co-champs in 2019, but Princeton was voted first in the league’s preseason poll this summer.

The Ivy League doesn’t allow for redshirting, but last year’s seniors who lost the canceled season are being allowed a fifth season of eligibility at the same schools as graduate students.

Here’s a preview of the upcoming Ivy League season:

1. Princeton (8-2, 5-2) – Coach Bob Surace’s team returns seven starters on each side of the ball, including some of the league’s top players in linebacker Jeremiah Tyler, cornerback Delan Stallworth (141 career tackles), running back Collin Eady (2,090 career scrimmage yards and 21 touchdowns) and wide receiver Jacob Birmelin. The Tigers will have a new starting quarterback as well as a different offensive coordinator (Mike Willis) for the third straight season.

2. Yale (9-1, 6-1) – Quarterback Griffin O’Connor and running back Zane Dudek are former Ivy League rookies of the year, but the offense is starting over at wide receiver. The defense returns six of its top seven tacklers in 2019, including a deep linebackers unit which is anchored by John Dean. A Oct. 16 visit to UConn will be the league’s first matchup against an FBS opponent since the Bulldogs beat Army in overtime in 2014.

3. Dartmouth (9-1, 6-1) – The Big Green, who have gone 8-2 or 9-1 in five of their last six seasons, have the advantage of playing both Yale and Princeton at home. A veteran offensive line protects Derek Kyle, one of the most efficient FCS quarterbacks in the 2018 and ’19 seasons (68.2 completion percentage, 166.2 passer rating and 25 TD passes to five interceptions). The defense is relatively new in the front seven, but the secondary, led by strong safety Niko Mermigas, is a strength.

5. Penn (5-5, 3-4) – Fourth-place finishes aren’t the standard for a program whose 18 Ivy titles are second only to Dartmouth’s 19. Two proved better than one in 2019 when linebacker Brian O’Neill and defensive end Prince Emili combined for 26.5 tackles for loss and 8.5 sacks, and wide receivers Ryan Cragun and Rory Starkey combined for 97 receptions, 1,528 receiving yards and 10 TD catches. No quarterback on the roster has collegiate experience.

6. Brown (2-8, 1-6) – A sixth-place prediction in the Ivy poll reflects the return of quarterback E.J. Perry because the Bears have lost 21 of their last 22 league games. Perry had an Ivy-record 3,678 yards of total offense and 30 total TDs in 2019, backed by running back Allen Smith (550 yards). The defense allowed an FCS-worst 342.8 passing yards per game and 32 touchdowns through the air, but defensive end Callum Flanders pressures QBs and the secondary comes back with more experience.

7. Cornell (4-6, 3-4) – While the 2019 season seems so long ago, the Big Red remember the ending, stunning an 8-0 Dartmouth squad and blowing out Columbia. That team ranked second in the league in total defense (335.6 ypg) and third in scoring defense (20.7 ppg), but junior linebacker Jake Stebbins is the only returnee who ranked in their top six in tackles. Quarterback Richie Kenney, one of 21 fifth-year seniors, threw for 2,069 yards and nine TDs in 2019, but has to decrease the 12 interceptions.

8. Columbia (3-7, 2-5) – The Lions’ program has been rejuvenated during the Al Bagnoli era (22-28), and he says the lineup could be the deepest yet entering his sixth season. The offense was at Ivy-low levels in 2019, averaging just 298.4 yards and 19.3 points per game, but it should be improved behind quarterback Ty Lenhart, running back Ryan Young and wide receiver/All-America returner Mike Roussos. The road schedule includes visits to Princeton, Yale and Dartmouth.

Brown quarterback E.J. Perry – After a transfer from Boston College, the nephew of Brown coach James Perry made his first season memorable in 2019. The 6-foot-2 dual-threat set the Ivy record for total offense (3,678 yards in 10 games) and led the FCS in total offensive yards per game (367.8).

Princeton linebacker Jeremiah Tyler – “JT” was a member of Princeton’s 2016 and ’18 Ivy championship squads and finished as the 2019 runner-up for the league’s Bushnell Cup that goes to the defensive player of the year. The 6-2 outside linebacker’s superb statistical line included 62 tackles, 14.5 tackles for loss and 3.5 sacks in 10 games.

Which players and teams will respond to the lost season and who will incorporate two untested recruiting classes the best?

Princeton at Dartmouth (Nov. 5) – It’s Friday Night Lights for the 100th meeting between rivals. Princeton was on a 17-game winning streak when Dartmouth ended it at Yankee Stadium in 2019.

Yale at Princeton (Nov. 13) – This is the second most-played FCS rivalry to Lafayette-Lehigh, with Yale leading 78-54-10 through 142 meetings. At least a share of the Ivy League title figures to be on the line in the penultimate week of the season.