FRACAS Looks to the Byron Nelson at Craig Ranch | The Analyst 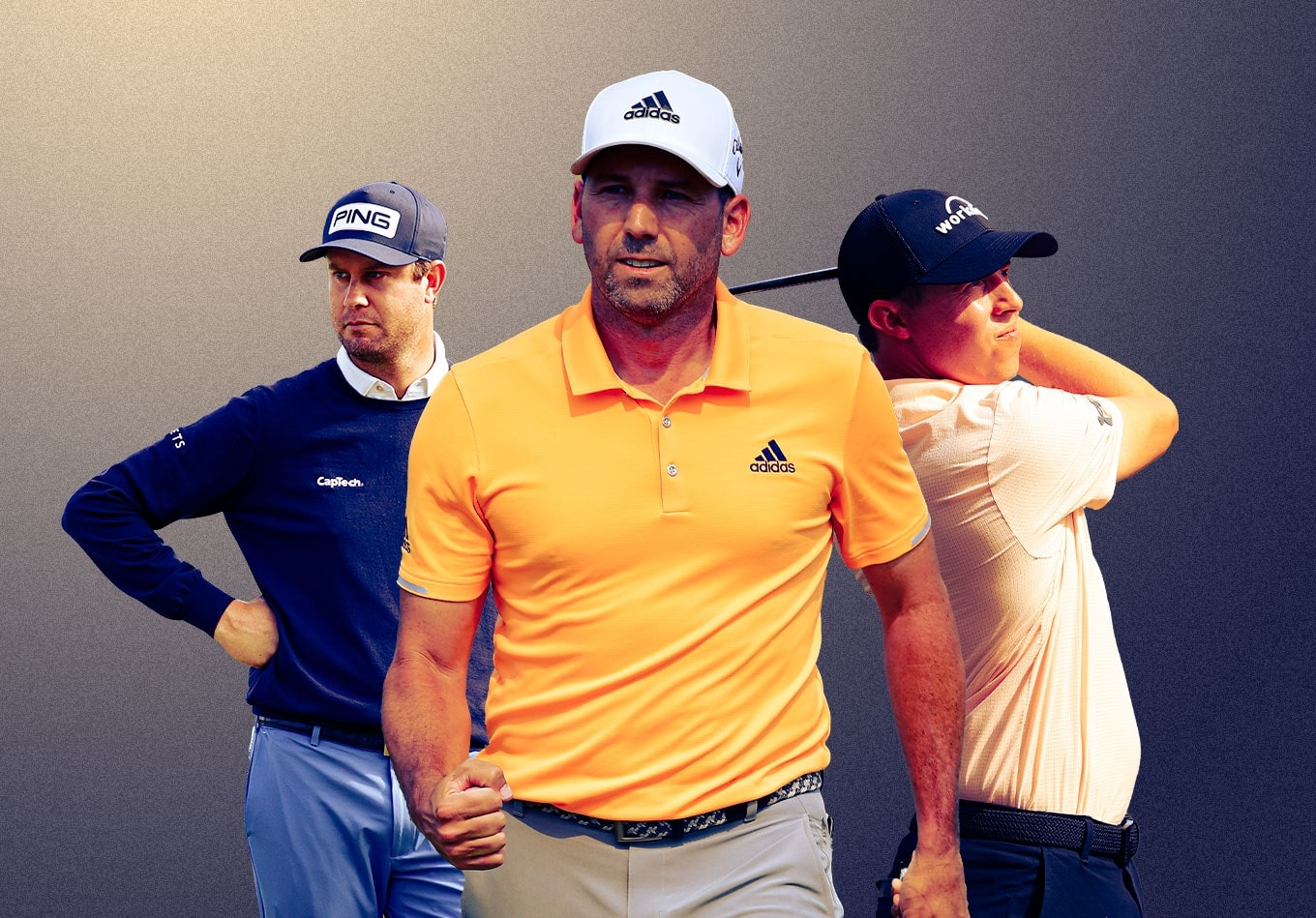 FRACAS Looks to the Byron Nelson at Craig Ranch

We’re using the advanced model to pinpoint the projected winner, and best value picks and fantasy plays ahead of this weekend’s tournament.

After briefly dropping out of the top 10 in the Official World Golf Rankings, Rory McIlroy catapulted back to seventh with his first win in 30 starts.

McIlroy finished behind only Meith Mitchell and Abraham Ancer in long par-4 scoring, which was the area we highlighted in our preview last week. In FRACAS, McIlroy moved up four spots to sixth in the world. Viktor Hovland had another impressive tournament and tied for third. He’s cracked our top 10 in the world for the first time, moving up three spots to eighth.

Other big risers in the top 100 include Abraham Ancer (six spots to 17th), Garrick Higgo (40 spots to 85th) and Takumi Kanaya (67th). The 22-year-old Kanaya should be in the field for next week’s PGA Championship and is a name we’ll discuss more next week.

The AT&T Byron Nelson is headed to TPC Craig Ranch in McKinney, Texas. It’s a new venue for the tournament, which last hosted the Korn Ferry Tour Championship in 2012.

It played as a par 71 in 2012, but the PGA’s official website has the scorecard as a 7,468-yard par 72. The course should be an easy test for the PGA field and is expected to play a stroke and a half under par. Going by the listed yardages, the par 5s are all reachable in two for most of the field and 14 is likely a driveable par 4.

Jon Rahm is, once again, the model’s pick to win the week. Last week he opened horribly, and while he gave a good fight in Round 2, he missed the cut on the number, snapping an impressive streak of 22 tournaments without a missed cut. Despite playing only two rounds, he still finished the week 19th in total strokes gained off the tee but lost almost four strokes around the greens. It’s something we, and the model, are not too concerned about. Like the last two weeks, the bigger field lends itself to the favorites. The model projects Rahm to win 12.5% of the time, followed by Bryson DeChambeau at 9.4%

The top-heavy field of 156 golfers is such an advantage to the best golfers that we have only 27 golfers with a projected win percentage of greater than 1%.

Last week, all six of our value plays make the cut, but none really contended on Sunday. Patrick Reed was in position for a possible run but stalled on the front nine and failed to record a birdie until the 10th hole. As we’ve discussed already, this tournament lends itself to the favorites, and it shows in our value plays this week. However, we’ll throw in some potential top 20 players at the end.

One favorite our model really likes relative to the consensus odds is Matthew Fitzpatrick. A frequently featured golfer in our preview series, Fitzpatrick has consistently come up just short in 2021. He’s had two top 5s, another two top 10s, and another three top 20s in just nine starts, but has yet to secure a win. The Byron Nelson is a tournament where he could break through. Fitzpatrick is projected to score second in the field in both short and long par 4 scoring, while also scoring in the top 15 in both long par 3s and par 5s. Our model projects odds of around 16-1 for Fitzpatrick, better than the 18-1 we’re seeing from the consensus odds.

An interesting part about this course design is how balanced the hole structures are. Ordinarily, there is a certain type of golfer that gains an edge based on the design of the course, but with such a balanced course we see an advantage come to a number of different golfer types. Our second pick for this tournament is ball-striking wizard Sergio Garcia. While both Garcia and Fitzpatrick excel off the tee and around the green, they could hardly be more different on approach and with the putter. Garcia’s edge this week will come on the par 5s. He’s projected to score behind only Rahm on the par 5s, and his length and accuracy off the tee should line up eagle chance after eagle chance. We project Garcia at 35-1 and the consensus odds have him at 40-1, indicating he’s being undervalued a bit this week.

Our biggest value of the week is another golfer who frequents these columns: Harris English. English finished a meager 43rd last week, but he was a member of the early-late tee-time split, which scored about two strokes worse than the late-early tee times due to high Friday afternoon winds. Though he normally gets it done around the green with passable ball striking, his off the tee game has been downright abysmal of late. However, it’s a club he fluctuates with a lot and if he can even drive it at field average he should be competing on Sunday. He’s gained strokes off the tee in nine of his last 13 measured rounds and has finished in the top 10 in five of those nine. For the Byron Nelson, he has one of the highest course adjustments in the field, and our model projects him at 32-1 to win, a huge value over his consensus odds of 49-1.

Jason Day is coming in cold after missing the cut at the Masters and then last week at Wells Fargo, but his ball striking has been trending positively. His off-the-tee game in particular has been lights out, and on a course where getting into position to stick it close to the pin will likely pay huge dividends, Day is coming in undervalued. Combine that with his strong play on long par 3s, where he’s projected to score fifth highest in the field on a course with three long par 3s, and we’re on Day. Our model projects odds of 36-1 for a Day win this weekend, a good value over his consensus odds of 52-1.

Mark Hubbard and Bo Hoag are our favorite long-odds golfers to play this week, though for different reasons. For Hubbard, it’s his scoring proficiency on long par 3s. Saving par on the long par 3s isn’t a sexy way to play well, but avoiding big numbers on the par 3s can be a game-changer. Hubbard is projected to score above the field average on all other types, though none higher than 50th in the field. We have Hubbard as the 47th best player in the tournament though he’s being priced as the 82nd.

Hoag, on the other hand, makes this list due to his par-5 scoring. With four scorable par 5s, there is ample opportunity for Hoag to make birdies and eagles. He’s projected to score 23rd best on the par 5s, and while his performance on other hole types isn’t stellar, an eagle or two can wipe out a lot of other deficiencies.

Like last week, picking the golfers we’ll use in this range is simply about performance relative to price. In fact, with the way this course is designed, every golfer $7,600 and above is projected to return positive value.

That might seem ridiculous, but when scoring is super low, a higher percentage of a player’s fantasy points comes from scoring and less comes from placement. This means that players who make the cut gain an even stronger advantage. Which players have the highest chance to make the cut in a big field? The best ones, which are typically the ones priced the highest. Really what we’re looking for are ways to save money so we can fit in the better players at lower salaries.

This is another large group of dart throws this week. Last week went extremely well, as only five of the 19 golfers we highlighted in this range missed the weekend. Our biggest values (in order of value) come from Talor Gooch, Carlos Ortiz, Alex Noren, Antoine Rozner, Sebastian Munoz and Wyndham Clark. Rozner is of particular interest since he is a relative unknown on the PGA tour and should garner very low ownership.