Is Harvey Elliott Ready to Step up Into the Premier League? | The Analyst 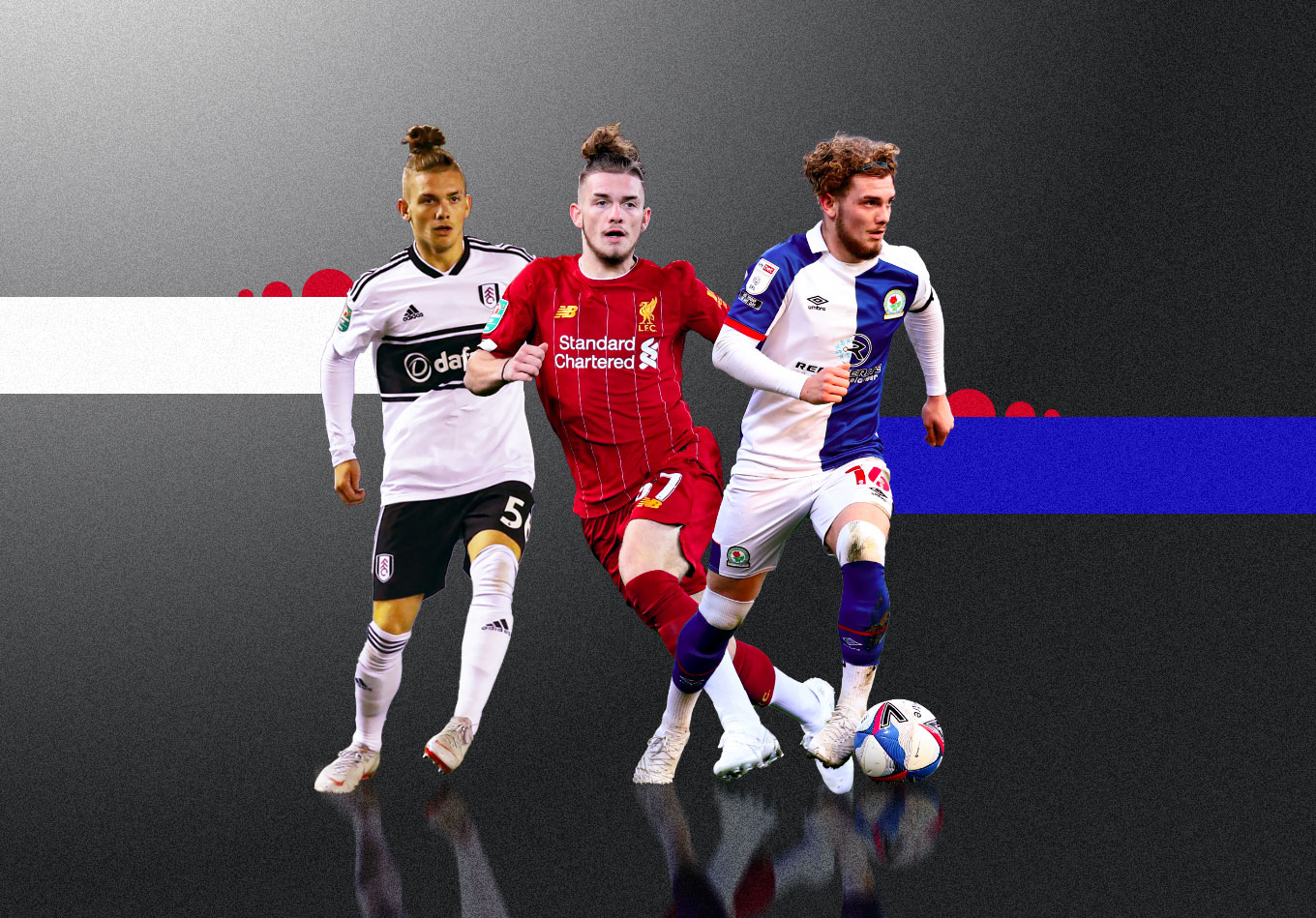 Is Harvey Elliott Ready to Step up Into the Premier League?

Two years ago today, an already-relegated Fulham side suffered a 1-0 defeat away at Wolves on the penultimate weekend of the 2018-19 Premier League season.

A run-of-the-mill top-flight match on the face of it, this game was hugely significant for Harvey Elliott. In the 88th minute, Elliott came on as a substitute in place of André-Frank Zambo Anguissa. Aged just 16 years and 30 days, he became the youngest player ever to feature in a Premier League match.

Elliott overtook the previous record-holder Matthew Briggs, who had also set the record when turning out for Fulham, doing so at the age of 16 years and 68 days in May 2007.

Since then, Elliott has earned a move to Liverpool, reigning European champions at the time, where he won a Premier League winners’ medal, before enjoying a breakthrough campaign on loan at Blackburn in the Championship.

It’s been a whirlwind couple of years. And the signs are that it won’t stop anytime soon for the youngster.

Despite spending most of this season on loan at Blackburn and only turning 18 last month, Elliott has already racked up nine appearances for Liverpool’s first team.

Indeed, in the Reds’ entire club history dating back to 1892, there have been just 11 instances of a player appearing for the senior side in a competitive match when aged 16. Harvey Elliott is responsible for seven of those 11 (64%).

When he made his club debut in the 2019-20 League Cup third round at MK Dons aged 16 years and 174 days, he became Liverpool’s second-youngest debutant, behind Jerome Sinclair (16y 6d).

That game against MK Dons was one of three appearances in that season’s League Cup for Elliott. One of those came in the quarter-final versus Aston Villa, a game in which Liverpool named what was at the time their youngest ever starting XI while the senior players travelled to the 2019 Club World Cup tournament. The team’s average age was just 19 years and 184 days old. Elliott himself was aged 16 years and 257 days.

Despite this, Elliott caught the eye hugely in that season’s tournament. He created 11 chances from open play across Liverpool’s three matches. Only Bernardo Silva of eventual winners Manchester City did so more during that season’s competition (14) – and he had six appearances in which to build up his numbers.

Elliott’s performances caught the attention of Blackburn Rovers in the Championship, and on transfer window deadline day at the start of the current season, Tony Mowbray’s side sealed a deal to bring the 17-year-old in on a season-long loan.

It was a late move, perhaps not one originally planned out by Liverpool, but it has been a resounding success. Elliott has more than made the most of his time in the Championship.

Featuring in 40 of Blackburn’s 45 league games this season so far, Elliott has racked up six goals and 11 assists in the Championship. That combined total of 17 goal involvements is the joint-most any player has managed as a teenager in any of England’s top four divisions in 2020-21. Elliott sits level with Reading’s Michael Olise, who is over a year Elliott’s senior and playing for a side eight places above Blackburn in the Championship table.

In fact, 17 goal involvements is the most by a teenage player in a single league season in the professional English leagues since 2017-18, when Ryan Sessegnon amassed 21 – 15 goals and six assists – for Fulham en route to Championship promotion.

And it’s not just among players of his age group where Elliott stands out. His 11 assists can only be bettered by one player – Norwich’s Emiliano Buendía (16) – among all players in this season’s Championship.

And diving further into the numbers, Buendía is also the only Championship player who can top Elliott for open play chances created per 90 minutes (minimum 1,000 mins played) and for total expected assists (xA) in this season’s competition.

Part of the reason for these impressive numbers is Elliott’s ability not only to be creative in possession, but also to be effective in winning the ball back and starting off attacks for his team.

The Rovers winger has initiated 34 open play sequences that have resulted in his team having a shot on goal. Only six players have started more in the 2020-21 Championship – five of whom are central midfield players who are much more likely to win possession and start off attacks than forwards are.

Narrow this down to wingers and strikers, and Elliott once again ranks in the top two, only behind Buendía.

Elliott has made a habit of finding the killer pass, playing dangerous balls into the penalty area, turning defences. All this despite his tender age, having only recently turned 18. A look at a pitch map of his 68 total chances created (59 of which have been from open play) tells its own story.

Including crosses, Elliott has played 214 passes from outside the penalty area into the box in the Championship this season – more than any of his Blackburn teammates. The map above highlights how frequently this is leading to one of his teammates getting a shooting opportunity.

It’s incredible to say all of this about a player who only last month turned legally old enough to buy alcohol and vote in elections. Elliott is still of an age where he’s required to be in at least part-time education.

But what next for the incredibly talented youngster?

Without doubt, Elliott will not be short of suitors for another loan move for the 2021-22 campaign, with Blackburn perhaps at the front of that long queue.

But clearly, even at the age of 18, Elliott has shown himself to be a standout player at Championship level. He himself will have Premier League aspirations, and feel he’s done enough already to suggest he deserves a shot at that level.

So what of his parent club, Liverpool? His foot is well in the door at the Reds, having trained with the first team and made nine senior appearances for them already.

Elliott is, of course, a left-footed right winger. Sound familiar? Liverpool already possess one of the best in the world in that category in Mohamed Salah. Unless the Egyptian were to leave the club, Elliott is unlikely to usurp his position in the starting line-up on a regular basis in the short-term.

But there is an argument that in the 18-year-old, Liverpool already have their Salah successor. The heir to the Egyptian king’s throne.

Of course, it’s important not to put too much expectation on the shoulders of such a young player. Indeed, despite their foot preference and positional similarities, Elliott is proving himself a somewhat different player to Salah. A playmaker, a chance creator, as opposed to the direct goalscoring Salah has become renowned for.

But with Liverpool not enjoying as successful a campaign this season as in previous years under Jürgen Klopp, and with the famous front three of Salah, Sadio Mané and Roberto Firmino not quite firing on all cylinders as a trio, maybe there is scope for Elliott to be given a chance.

That would be even more likely should the Reds fail to qualify for next season’s Champions League, instead participating in the Europa League or new Europa Conference League instead. Perhaps that would improve Elliott’s chances of game time with the club.

Klopp has a reputation for bringing through young players. You don’t have to look far for evidence of this. Trent Alexander-Arnold made 54 appearances for Liverpool before he even turned 20, one of which was in a Champions League final. The likes of Ben Woodburn, Curtis Jones, Neco Williams and Rhys Williams have also hit double figures for appearances for the Reds as teenagers, all under Klopp’s stewardship.

In fact, since Klopp joined Liverpool in 2015, 228 competitive appearances have been made by teenagers for the club. Of managers in the Reds’ near 129-year history, only Bill Shankly (277) handed out more games to players under the age of 20 – and that came across a 15-year spell in charge.

Klopp trusts young players. Couple that with Elliott’s impressive figures in this season’s Championship, not least his ability to start off attacking sequences, so crucial in a Liverpool side that loves to press high up the pitch, and there’s every opportunity for him to earn a place in the Anfield club’s squad for next season.