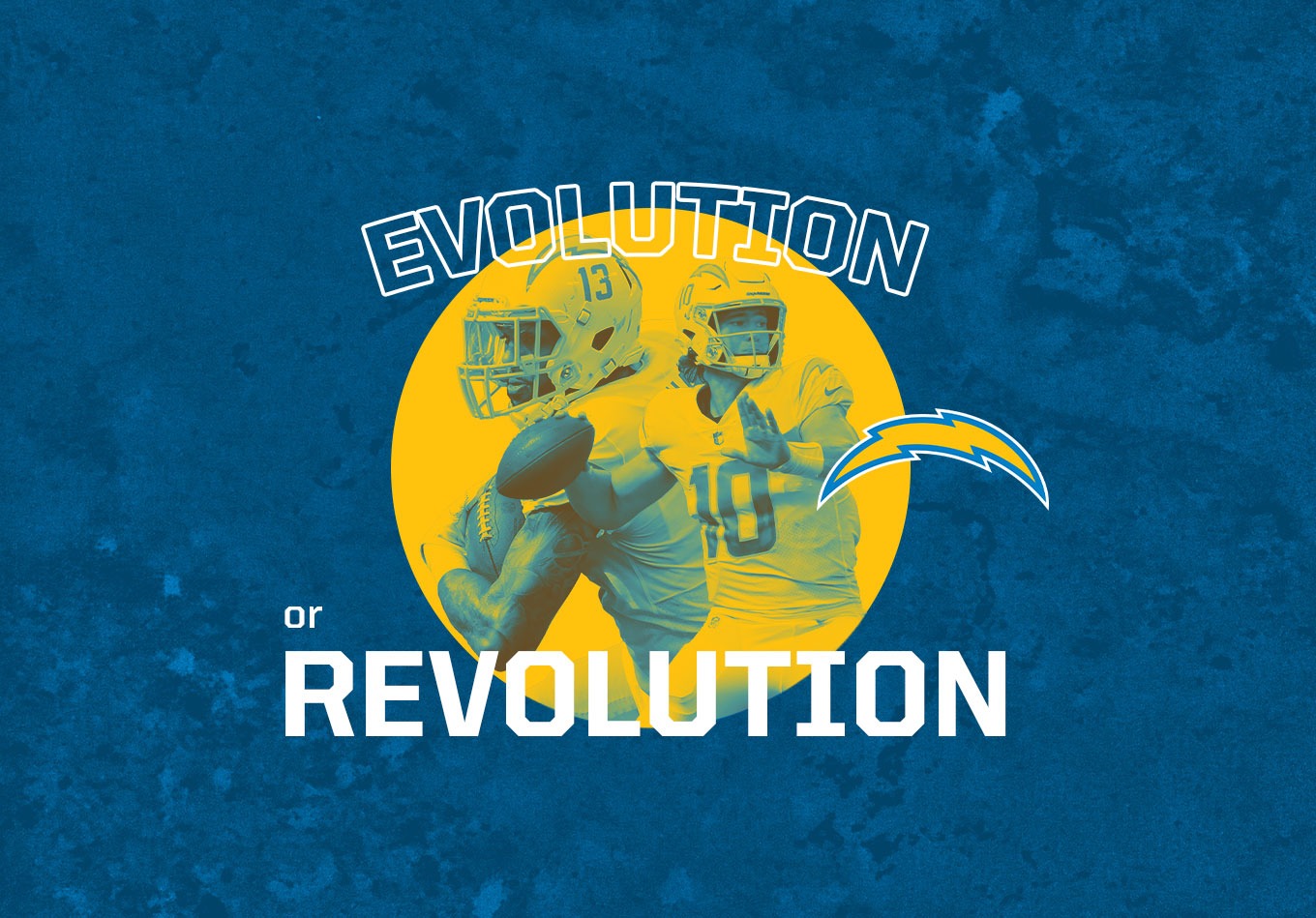 Supercharged: How the Chargers Can Ascend in 2021

Despite playing in an empty brand-new SoFi Stadium in 2020, few teams managed to electrify more than the Los Angeles Chargers last season.

Even the most ardent Chargers fan would admit that, prior to 2020, there hadn’t been much appetite for the franchise in Los Angeles. But there aren’t many fan bases now more eager to get back in stadiums than Chargers fans, who want a look at the new face of the franchise: Justin Herbert.

Herbert silenced all the doubters who questioned the Chargers for taking him with the sixth overall pick with a remarkable campaign that earned him the Offensive Rookie of the Year Award in 2020. It still was not enough to stop the Chargers from enduring yet another season defined by gaffes and late-game heartbreak, which ultimately cost head coach Anthony Lynn his job despite a four-game winning streak that brought their record to 7-9.

The appointment of Brandon Staley as his replacement is fueling further optimism for the upstart squad. Staley earned widespread plaudits for what he did as the defensive coordinator of the Los Angeles Rams in 2020, building a reputation as one of the most innovative defensive minds in the game. He will hope to get the most out of a defense stacked with blue-chip talent while offensive coordinator Joe Lombardi is tasked with helping Herbert reach the next step in his development.

What can that duo learn from the Chargers’ performances last season? We look back on a 2020 campaign that left Chargers fans excited about what this team could become.

Herbert went into his rookie season being seen as an inferior quarterback to Joe Burrow and Tua Tagovailoa. As a rookie, he outperformed both, becoming the second quarterback in NFL history to throw for 4,000 yards in a season while not starting in the opener. He came in for Tyrod Taylor after the Week 1 starter had his lung punctured by a team doctor who was administering a painkilling injection.

That error proved serendipitous for pretty much everyone but Taylor, who had to play the role of the onlooker as Herbert racked up the second-most passing yards by a rookie quarterback in NFL history. Herbert’s 4,336 passing yards trail only Andrew Luck, who posted 4,374 with the Indianapolis Colts in 2012. The former Oregon Duck and Eugene, Oregon native ended up with a 79.6 well-thrown percentage (NFL average: 78.0) and his pickable pass percentage of 2.94 was the best among rookies with at least 100 passing attempts and ranked seventh among all quarterbacks.

Yet, for all the remarkable exploits of the sixth overall pick, finishing drives and scoring points remained an issue for the Chargers. They ranked 21st in red zone touchdown efficiency and average red zone points, putting up 4.79 per trip inside the 20-yard line.

Many will see the departure of Lynn, heavily criticized for his play-calling and game management in key situations, as a significant step towards the Chargers improving in that regard. But Los Angeles will also look for more from the running game. An injury-plagued season for Austin Ekeler hindered the ground attack, which was 30th in yards per rush (3.83) and tied for 27th in touchdowns (12).

Too often, Herbert led the Chargers into the red zone only to see the drive end in a field goal or worse. While Ekeler being at full health would help, the onus will be on Lombardi to ensure their issues inside the 20 are less frequent in 2021.

As is so often the case with the Chargers, misfortune was a critical factor in their defense not realizing its potential.

They lost Derwin James for the season before a ball had even been snapped when the All-Pro safety went down with a torn meniscus.

Joey Bosa also missed time with injury, playing in only 12 games. Had both of those stars been available for the entire year, the Chargers defense may have been a more formidable unit.

The Chargers only ranked 10th in total defense (343.4 yards allowed per game) but they were 22nd in stopping opponents on third down (43.6%) and 23rd in points allowed per game (26.6). They only generated 19 takeaways, which was tied for 22nd. Staley’s Rams defense had 22 takeaways last season, tied for 10th best in the league.

Yet, Staley should be confident he can create a similar formula to what he had with the Rams, with Aaron Donald wreaking havoc up front and Jalen Ramsey an eraser in the secondary. While Bosa and James play different positions than Donald and Ramsey, they are excellent candidates to fill the roles of dynamic playmakers for the Chargers, allowing Staley to build a good defense around them.

Los Angeles will need to add talent around that duo for this defense to realize its potential after having predominantly focused on the offense in free agency.

The Chargers have undergone a revolution of sorts on the defensive end, firing Lynn and bringing in the defensive-minded Staley. But they’ve also used the financial resources they had in a year where the salary cap was reduced to beef up the offensive line and ensure Herbert will have the benefit of better protection.

Corey Linsley was signed to a five-year, $62 million deal that was certainly justified after a 2020 season in which he was named first-team All-Pro, having allowed a pressure rate of 2.8% last season (NFL average: 4.9). He also ranks 28th in the NFL in our 2021 projected offensive lineman rankings at 5.45% better than the league average. Our projected OL rankings are based on combined run block and pass protection data over the past three seasons.

The versatile and underrated right tackle Matt Feiler arrived on a three-year deal from the Pittsburgh Steelers while another tackle, Oday Aboushi, was brought in on a one-year contract.

Los Angeles will hope Jared Cook can help fill the void left by tight end Hunter Henry’s departure to New England. Cook produced a big play on 31.6% of his targets in 2020 (The league average for tight ends is 26.1%). Further help for Herbert, who suffered the ninth-most sacks in the NFL (32) last season, may come with the 13th pick in the draft if the Chargers choose to spend it on a long-term solution at left tackle.

However, with Casey Hayward and Melvin Ingram still on the open market and Rayshawn Jenkins having left for Jacksonville, cornerback, edge rusher and safety are all areas Los Angeles could target. After hiring a defensive mastermind at head coach, better support from that unit and cleaner pockets for their franchise quarterback will be the keys to the Chargers going from upstart to playoff team in Staley’s first season.