First-Class Upgrade? How the Rams Are Backing Their Bet on Stafford | The Analyst 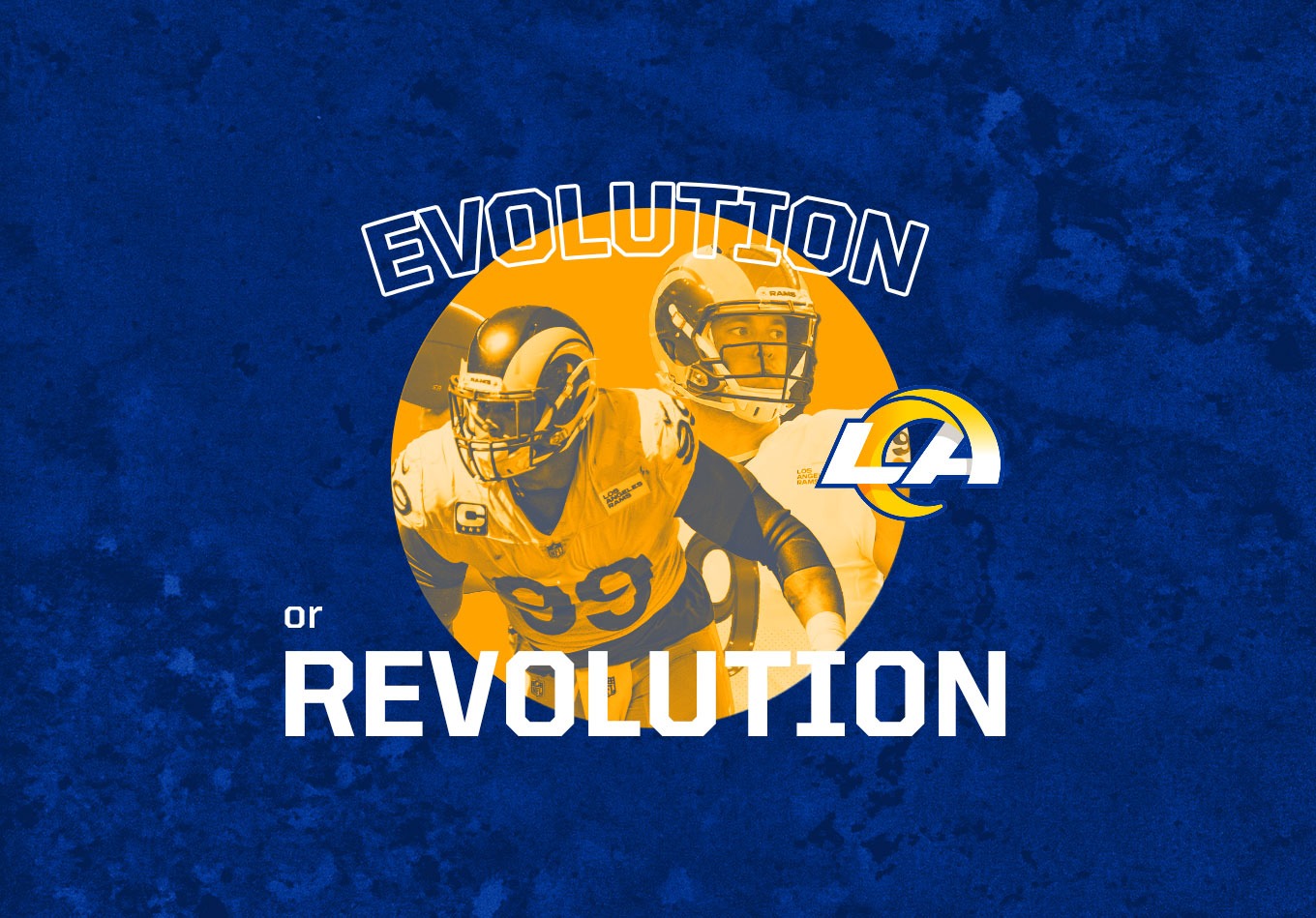 First-Class Upgrade? How the Rams Are Backing Their Bet on Stafford

The Los Angeles Rams have never been afraid to take big swings, and they will be hoping the one they took back in late January will get them over the hump.

Los Angeles handed the keys to an offense that can be one of the most explosive in football to Matthew Stafford, parting ways with Jared Goff and some significant draft capital to acquire him from the Detroit Lions.

Stafford joins a team that was two wins away from the Super Bowl last season. The Rams were undone by league MVP Aaron Rodgers and the Green Bay Packers in the divisional round.

Now they’re gambling that Stafford’s arrival gets them back to the sport’s grandest stage. But have they done enough with their remodeled group to make that a reality next season?

We’ll try to answer that question by looking back at the Rams’ 2020 campaign and forward toward the NFL draft.

It is not difficult to see why Sean McVay lost patience with Goff, the No. 1 overall pick of the Rams in the 2016 draft.

The Rams finished the season 18th with 5.54 yards per play, ending up outside the top 10 for the second successive year after ranking second with 6.36 yards per play in 2018 when they reached the Super Bowl.

Goff’s inability to hang on to the football played a contributing role in their struggles to move the ball more efficiently. His 17 giveaways were tied for the fourth most in the NFL, while 73 of his 182 incompletions were attributed to poor throws. Only nine quarterbacks delivered more poor throws in 2020.

He was also 15th with a 79.1 well-thrown percentage and 16th with a 3.65 pickable pass percentage, even though his 6.36 average air yards were the third lowest in the league.

Stafford, however, ranked fifth with a passer rating of 118.5 on throws of 21 air yards or more and attempted 57 such passes to Goff’s 36 at a better completion percentage (35.1 to 33.3), illustrating his greater willingness to push the ball deep and his superior prowess as a downfield thrower.

Stafford ranked 23rd with a 78.0 well-thrown percentage and 20th with a 3.93 pickable pass percentage, but it makes sense that those numbers are lower when considering that his 9.13 average air yards were the seventh highest in the NFL.

Looking at the chart below, Stafford is in the top-right quadrant (where you want to be), while Goff is in the bottom right near Drew Brees, Chase Daniel and Nick Mullens.

But Los Angeles didn’t just acquire Stafford, it also gave him a downfield target to help enhance his ability to throw deep by signing speedy DeSean Jackson in free agency.

The Rams will also want to give Stafford more support than Goff received from the running game, which averaged 4.3 yards per attempt last year – 17th in the NFL.

Cam Akers’ progress could be key in that regard. The 2020 second-round pick came on strong down the stretch and proved himself a big-play threat. After running for 25.1 yards per game on 50 carries without a touchdown in his first eight games, Akers rushed for 92.1 yards per game on 141 attempts with four scores in his last seven – including the playoffs.

By many measures, the Rams had the best defense in football last season.

Los Angeles ranked first in scrimmage yards allowed per game (303.8) – far ahead of second-place Washington (324.9). The team was dominant against both the pass and the run, giving up an NFL-best 190.7 passing yards per game and ranking third in allowing 91.3 rushing yards.

The Rams were also the third-best team in the league at stopping teams on the critical third and fourth downs, allowing a success rate of 35.9%. They ultimately surrendered a league-best 18.5 points per game.

Defensive Player of Year Aaron Donald led the way again, ranking second in the NFL to T.J. Watt (15) with 13.5 sacks but bettering Watt (83) and the rest of the league with 94.5 knockdowns and hurries combined. He also paced the NFL with a 27.7 pressure rate and led all defensive tackles with a 5.5 adjusted sack rate (DT league average: 2.2).

After producing a career-high 10.5 sacks last season, Leonard Floyd will also be back after signing a four-year deal. The Rams were also able to keep Darious Williams, who led all cornerbacks with a burns-allowed percentage of 30.3 (NFL average: 53.2).

Starting defensive lineman Michael Brockers, though, was traded to the Lions for a seventh-round draft pick and Raheem Morris has replaced successful defensive coordinator Brandon Staley.

The Rams’ move to land Stafford marked a revolution in terms of ending their commitment to their former No. 1 pick Goff and moving in another direction. It also came at a high price, leaving them with a distinct lack of capital with which to furnish the roster around him.

Los Angeles traded a third-round pick this year along with first-rounders in 2022 and 2023 to acquire Stafford, leaving them without a first-round selection until 2024.

With Donald and Jalen Ramsey in place for the long term, the defense looks in pretty good hands, but it may be a little top-heavy with safety John Johnson, defensive end Morgan Fox, outside linebackers Samson Ebukam and Derek Rivers and cornerback Troy Hill all set to move on in free agency.

The problem is that the Rams, as it stands, don’t have a wealth of picks in the 2021 NFL draft with which to add to their group following the Stafford trade. And the reality is that they will not be as deep as in previous years.

The fate of the Rams’ 2021 campaign rests predominantly on the success of their bet on Stafford to be a significant upgrade on the quarterback they were so eager to ship out. 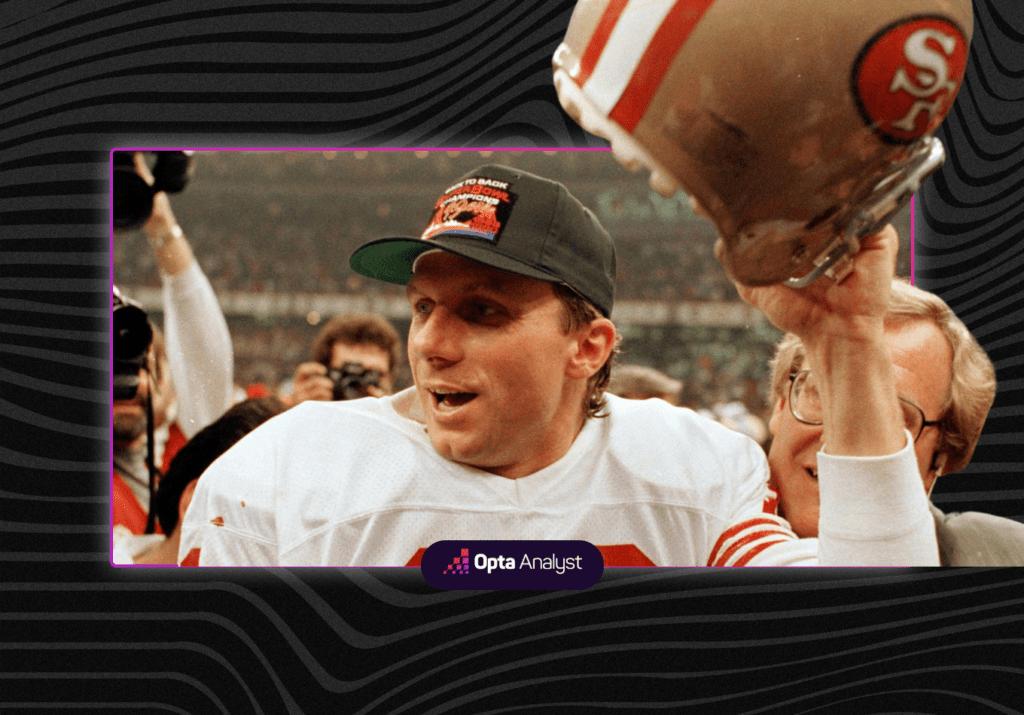