Detroit vs. Kneecaps: Can Dan Campbell's Intensity Inspire Jared Goff and the New-Look Lions? | The Analyst 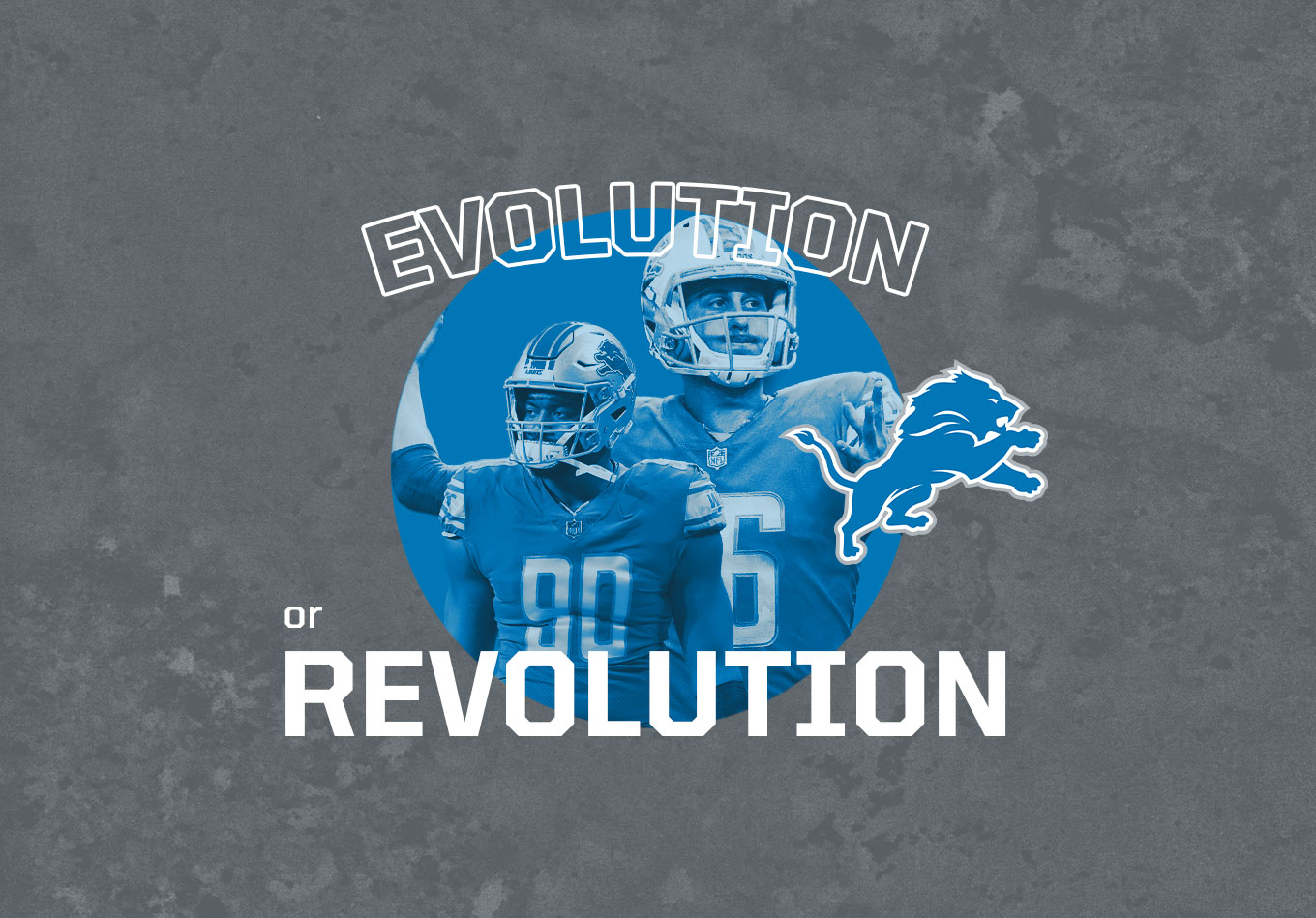 “I’m just excited to be somewhere that I know wants me and appreciates me.”

The Detroit Lions are about to find out if that factor alone can help Jared Goff prove he’s a worthy franchise quaterback.

Goff was the first overall pick in 2016 and led the Los Angeles Rams to the Super Bowl at the end of the 2018 season. In September 2019, he signed a four-year contract extension in LA, including $110 million in guaranteed money — then the most in NFL history.

But that deal does not kick in until this season and the Rams have long since lost faith in the quarterback. Goff has been so disappointing (and his contract too large) that his former team had to package him with two future first-round picks and a third to get Matthew Stafford in return.

Rather than stick with its underrated stalwart QB, Detroit is set to begin a new era with Goff under center and fiery new head coach Dan Campbell on the sideline.

After five seasons as the New Orleans Saints’ tight ends coach and assistant head coach, Campbell takes over for the fired Matt Patricia. He’s already set quite a tone for how he hopes Detroit will play under his watch.

So the Lions have that going for them.

If there is a huge drop-off in Detroit’s offensive output in 2021, it might not necessarily be all on Goff.

There are fears the QB might struggle to an even greater degree without the aid of Sean McVay’s scheme. Goff’s passer rating in 2016 — the year before the Rams changed coaches — was an awful 63.6, but it is not only the system that looks like an issue right now.

Wide receivers Marvin Jones Jr. and Kenny Golladay switched teams and Danny Amendola is still a free agent. The Lions surprisingly opted against franchise-tagging Golladay, who played only five games last season due to injury but still led the team in yards per game (67.6). He also had finished with 1,190 receiving yards and 11 touchdowns the previous year.

Veteran running back Adrian Peterson won’t be back either after piling up 156 carries in 2020. So after ranking 20th with 350.2 yards per game last season, Detroit has lost its QB, three wideouts and its most-used RB.

However, Peterson’s departure has cleared space for D’Andre Swift, who had 521 rushing yards, 357 receiving yards and 10 total touchdowns in his rookie season.

There is talent at the tight end position in the form of T.J. Hockenson, who amassed 67 catches for 723 yards and six TDs. Tyrell Williams and Breshad Perriman have been brought in to help rebuild the receiving corps, while former Green Bay Packers backup Jamaal Williams figures to share time with Swift.

Barring some huge, unexpected move, Hockenson and a top draft pick could be Goff’s top targets in the passing game.

That’s not to say that Goff won’t need to improve. As we examined in our Rams offseason analysis, Goff’s 17 giveaways were tied for the fourth most in the NFL. He finished 15th with a 79.1 well-thrown percentage and 16th with a 3.65 pickable pass percentage, even though his 6.36 average air yards were the third lowest in the league.

Looking at the chart below, Stafford is in the top-right quadrant (where you want to be), while Goff is in the bottom right near Drew Brees (retired), Chase Daniel and Nick Mullens.

The Lions can only hope the struggling 26-year-old Goff can find his 2017-18 form because their defense does not leave a lot of room for error.

With the Rams, Goff’s miscues could often go unpunished because the defense was capable of making huge stops. In Detroit, that might not be the case nearly as often.

The new QB has gone from sharing a locker room with the best defense around to the very worst.

Detroit registered only 24 sacks in 2020, tied for 26th in the league. Romeo Okwara had 10 of them and recently signed a three-year contract extension. Everson Griffen was second on the team in sacks and is currently a free agent. The team sought to improve in this area by adding Charles Harris, who had 3.0 sacks for the Atlanta Falcons last season, and Michael Brockers, who had 5.0 for the Rams.

The Lions were also not helped by Jamie Collins Sr.’s struggles after he had signed a three-year, $30 million deal before the 2020 season. He ended up with just 1.0 sack last season after totaling 7.0 for the New England Patriots in 2019.

The Lions will pay their starting quarterback $6.5 million more than they did last year for an inferior player and it might be difficult to better their 5-11 record.

Detroit likely has needs at linebacker, wide receiver and cornerback just for starters heading into next week’s draft, while selecting a QB of the future might also be in play with the No. 7 pick.

Looking some way short of a competitive roster, this will likely be a rebuilding season for the Lions. They might not be much better, but they should show plenty of fight and maybe even bite a few kneecaps under Campbell.

There’s a chance it could be a painful 2021 for Goff, a two-time Pro Bowler looking to recover his reputation.