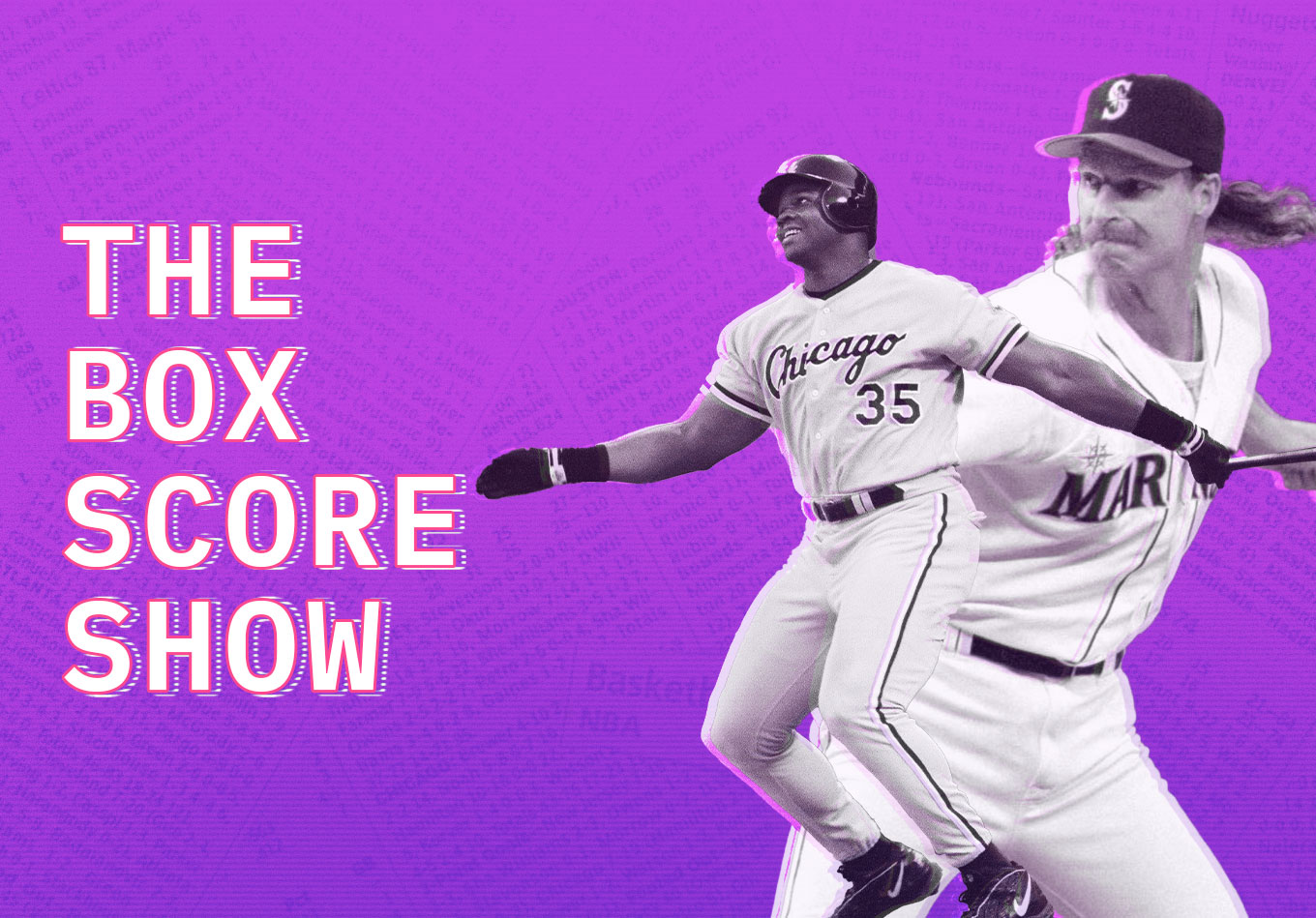 Not long after a stoppage in play, baseball needed a lift. But we aren’t talking about 2022 here. Oh no, instead, it’s 1996 – the first full season after the 1994-95 strike – we have in mind for the latest episode of ‘The Box Score Show’ with a particular focus on the anticipation of Seattle’s Opening Day and the ultimate letdown of the season that followed.

It might not sound like the most likeliest of picks for a game to look back on, but bear with Kevin Chroust and Chris de Salvo as they journey back into an era when Randy Johnson toed the mound for the offensively prolific Mariners, and Frank Thomas was driving in runs for a White Sox team still getting over what could have been in ’94. A shortstop sensation by the name of Alex Rodriguez was still proving himself and hit ninth on this opening day, while Ken Griffey Jr. was in the prime of Seattle primes. And Frank Costanza would not be thrilled if we forgot to mention Jay Buhner.