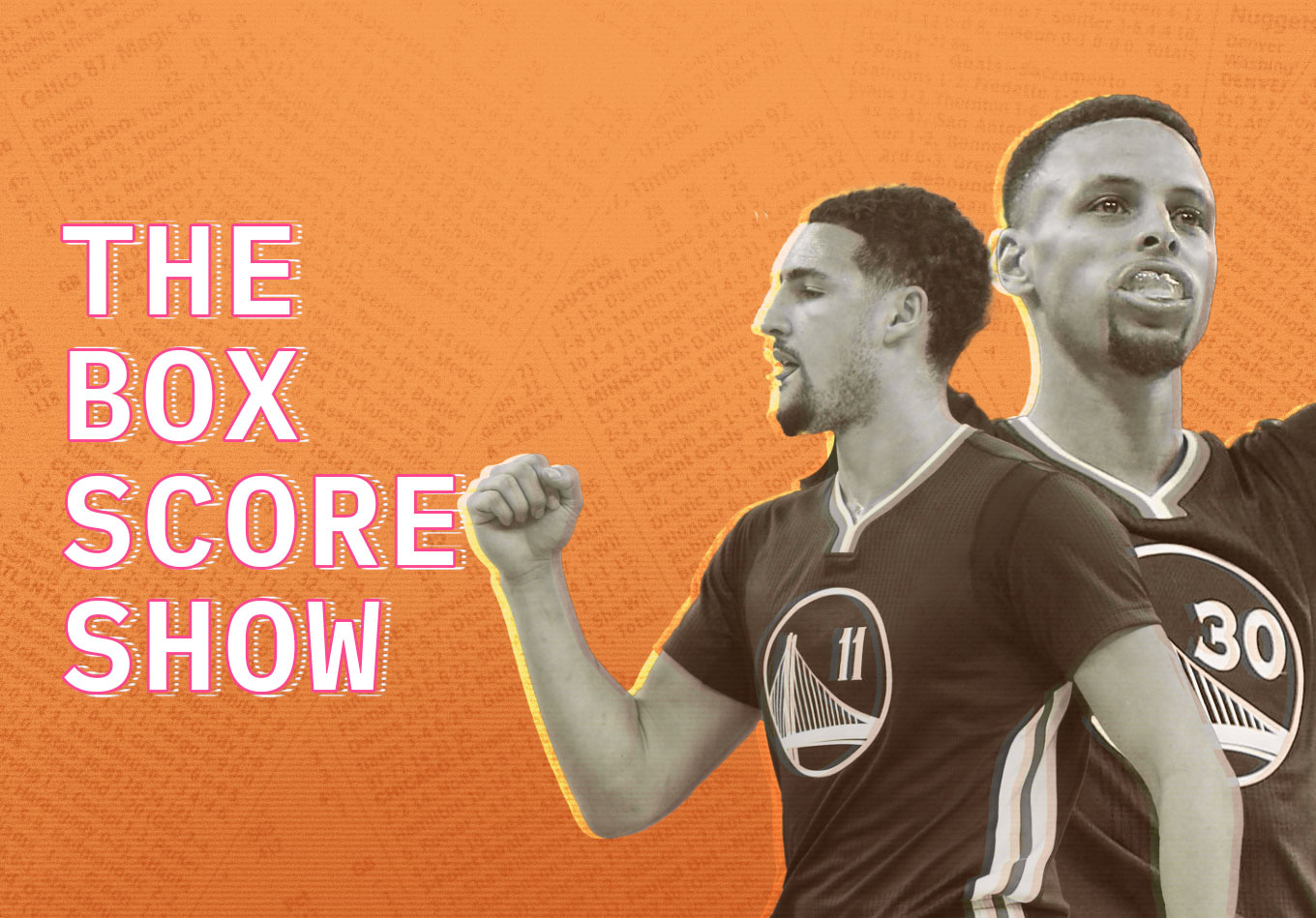 For the first time in 2 1/2 years, Steph Curry and Klay Thompson are set to be reunited on an NBA court for the Golden State Warriors. Yeah, the Splash Brothers are back in town.

Ahead of their reunion, our own pod brothers Kevin Chroust and Chris de Salvo have gone back to Feb. 27, 2016 for perhaps Klay Thompson and Steph Curry’s greatest combined performance.

It was the night where the duo combined for a 78 points as the Warriors won against the Oklahoma City Thunder as they chased down the Chicago Bulls’ infamous 72-win regular-season record.

It was the night Curry tied the NBA record for 3s in a game at 12 (a record that Thompson himself now owns thanks to his 14 in a night against Chicago in Oct. 2018).

It was the night where Kevin Durant possibly decided it might be worth returning any calls that Draymond Green would make at the end of the season.

It was the night that the Splash Brothers made their own.

Come for the stats and info, stay for Chris’ Tim Robinson impersonations.