The Most Premier League Clean Sheets | The Analyst 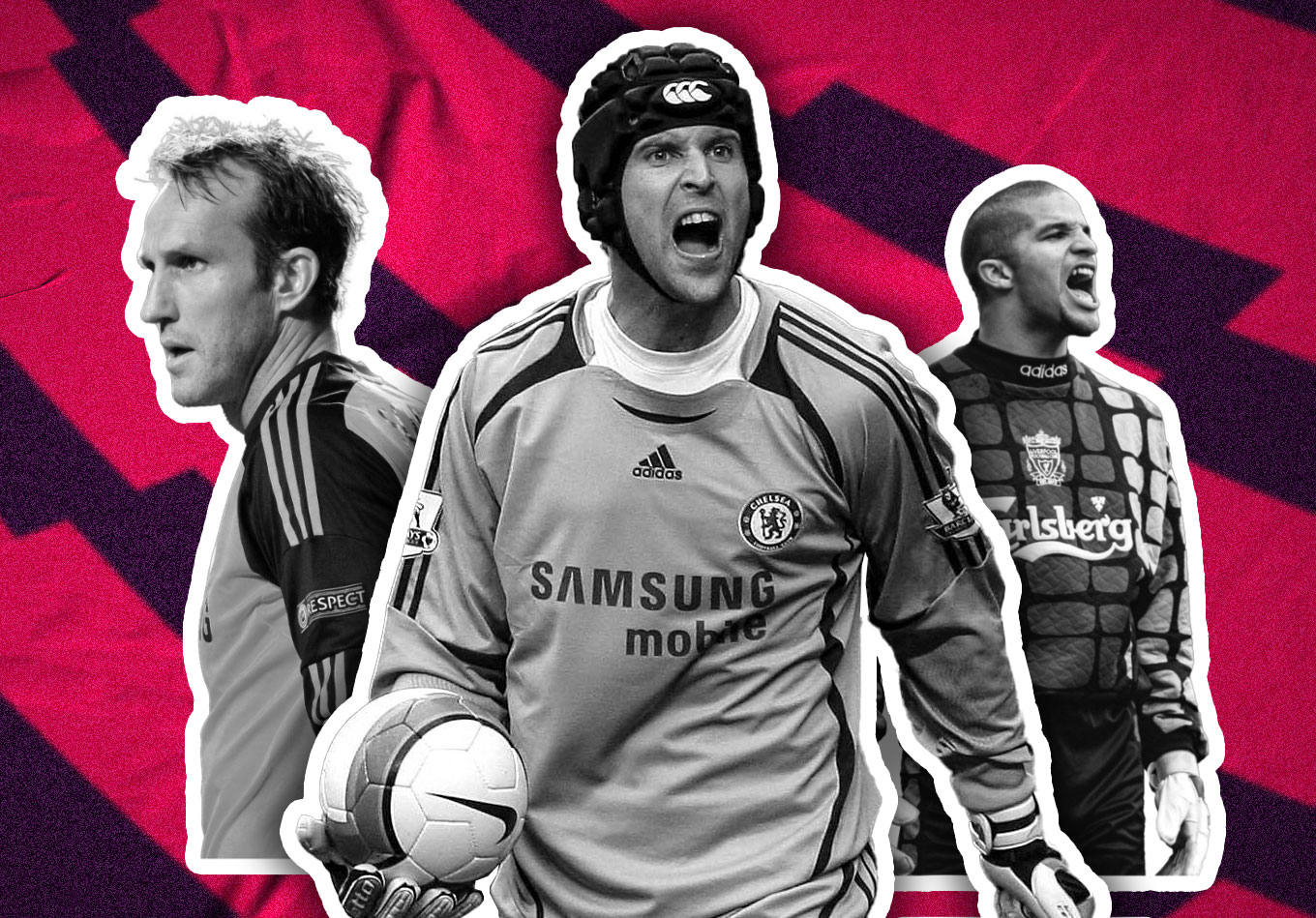 The Most Premier League Clean Sheets

David de Gea has swiftly moved up the top ten when it comes to clean sheets in the Premier League, but who holds the record overall? We are here to save you searching around for the answer.

When Chelsea handed over seven million pounds for a goalkeeper who had played just over 50 games in Ligue 1 for Rennes, a few eyebrows were raised. Especially as Manchester United had paid just £800,000 more four years previously to secure the services of World Cup and European Championship winner Fabien Barthez. But while the Frenchman would only keep 30 clean sheets for the Red Devils, Petr Čech would go on to set the record for the most in Premier League history.

It had not been expected that Čech would make an immediate impact at Stamford Bridge with Carlo Cudicini firmly established as number one heading into the 2004-2005 season. But an elbow injury to the Italian saw Čech emerge into a baptism of fire which the then 22-year-old was more than equal to: recording the first of his 202 clean sheets against Manchester United in a 1-0 victory which also marked Jose Mourinho’s first game in charge of the Blues.

And having snaffled the starting spot, Čech never looked back eventually recording a Premier League record 24 clean sheets during the 2004-2005 season, three more than any other goalkeeper before or since in a single campaign.

The records would keep tumbling with Čech becoming the first Premier League goalkeeper to go over 1,000 minutes without conceding, the fastest to reach both 50 and 100 clean sheets as he would eventually finish with 162 for Chelsea, the most a goalkeeper has achieved for a single team in the Premier League.

A move to north London could not slow Čech down either, he recorded another 40 clean sheets for Arsenal as he became the only goalkeeper to surpass the 200 mark in the Premier League, winning four Premier League Golden Glove awards in the process (a record he jointly holds with Joe Hart). It meant across the 443 Premier League appearances the Czech international would make he would keep a clean sheet in 45.6% of them, a record only topped by one other player in the top ten.

And that has not been the end of Čech’s career in nets. He has occasionally played for Chelsea’s development squad following his retirement, notably in the game where Danny Drinkwater slightly lost his head and caused a melee. Thankfully for Čech, he is now used to the occasional fight breaking out during play as he is also a netminder for the Chelmsford Chieftains in the third tier of British Ice Hockey, moving up from playing a key role for the Guildford Phoenix in the division below, where he secured more regular season success with Čech in net for 12 matches last season, recording a 93.4% save percentage, somewhat more than the 75.4% from his Premier League career.

Perhaps it is not too much of a surprise that David James sits second on this list considering he holds the record for the most appearances made by a goalkeeper in Premier League history at 572. But while Cech enjoyed an impressive hit rate for converting appearances into clean sheets, it is a little different for the former Liverpool, Aston Villa, West Ham United, Manchester City and Portsmouth glovesman with those 162 clean sheets coming in 29.5% of his Premier League appearances. Unfortunately, this also means James holds the record for conceding the most goals in the competition, picking the ball out of the back of net on 665 occasions.

Where James proved adept was on home soil, with 102 of his clean sheets coming when playing in front of his own fans, making up 60% of his total clean sheets. And no goalkeeper is better at stopping penalties in the Premier League with James’ holding the record with 13 saves, although he has faced the second most in the competition’s history at 63, just three fewer than Shay Given (who was only able to stop 10).

And just in case you were wondering, Alan McGregor is the goalkeeper who has faced the most penalties without conceding in the Premier League with a miserly three, while Craig Gordon finds himself at the other end of spectrum having failed to stop any of the 15 spot-kicks he has faced in the competition.

Another one for longevity fans here. Mark Schwarzer’s final Premier League appearance came at the age of 42 years and 159 days old, keeping a clean sheet for Leicester City in the process as they played out a goalless draw with Hull City on March 14 2015.

His 514 appearances in the Premier League still are the most by any non-British player during which time the Middlesbrough, Fulham, Chelsea and Leicester City goalkeeper kept 151 clean sheets.

Since the 2003-2004 season, the point from which we have match by match save data, Schwarzer has made the third most in the Premier League at 1,141, conceding 653 goals which is second to James in the all-time history. And if you were wondering who has made the most saves overall during that time period, then it’s Ben Foster who passed the feat in his last season with Watford in 2022-2023, surpassing Jussi Jääskeläinen who can at least take comfort in the fact he made more saves per 90 than Foster.

Despite a penchant for being lobbed in key moments of the biggest matches on a continental and international stage, ‘Safe Hands’ was as reliable as they came in the Premier League for both Arsenal and, briefly, Manchester City, with his 137 clean sheets for the Gunners second only to Cech and De Gea for a single club in the Premier League, although the Spaniard looks set to surpass another record of his soon.

Seaman played on the opening weekend of the Premier League in August 1992 although he would not enjoy the honour of a first day clean sheet in the competition, his Arsenal side letting a two-goal lead slip as they fell to a surprising 4-2 defeat against Norwich City. Instead, that milestone was shared by Tim Flowers and Ian Walker after their respective sides, Southampton and Tottenham Hotspur, played out a goalless draw.

When we originally published this article in March 2022, David De Gea had just snuck into the top ten when it came to most clean sheets in Premier League history. Such is the speed as which the Spaniard has continued to stop his goal from being breached, he now finds himself in the top five and will soon surpass David Seaman for fourth in the chart.

Perhaps it is no surprise, with three shot-stoppers in the top ten, that Manchester United own the record for the most clean sheets by a team in the history of the Premier League with 486, 18 clear of Chelsea. De Gea already holds the record for the most shutouts at the Red Devils, surpassing Peter Schmeichel (112) a few seasons ago, while only two Manchester United goalkeepers have played a Premier League match for the club without recording a clean sheet: Andy Goram and the infamous Massimo Taibi.

Britain’s first one-million-pound goalkeeper at the tail end of the 1980s, Nigel Martyn would go on to have a long Premier League career for Crystal Palace, Everton and most notably at Leeds United where his performances saw him named in the club’s official greatest all-time eleven, the only selection not to have played for the club during the Don Revie era.

Most impressively, as well as recording 137 clean sheets, Martyn was never sent off in his 372 appearances in the Premier League (although he did pick up seven yellow cards along the way). This is in stark contrast to the two ultimate goalkeeping naughty boys with Pavel Srnicek and Jussi Jääskeläinen both receiving four sending offs during their Premier League careers. And whilst former Newcastle stopper Srnicek would only pick up two yellow cards across 146 games (making his red card hit-rate even more stunning) Jääskeläinen would find his way into the referee’s notebook on 24 separate occasions for cautions – a Premier League record for a goalkeeper.

Rolling through the rest of the top ten we find the first goalkeeper to record 20 or more clean sheets in different seasons. They made up part of Pepe Reina’s total of 136 in 297 Premier League appearances giving him a superior hit rate to Cech, but only just at 45.8%. His record has since between matched by both Alisson and Ederson at Liverpool and Manchester City respectively in the 2021-22 season.

And remarkably there are three goalkeepers who have kept a total of 132 clean sheets in their Premier League careers with two of them, Brad Friedel and Tim Howard, being American whilst Edwin Van Der Sar completes the trio.