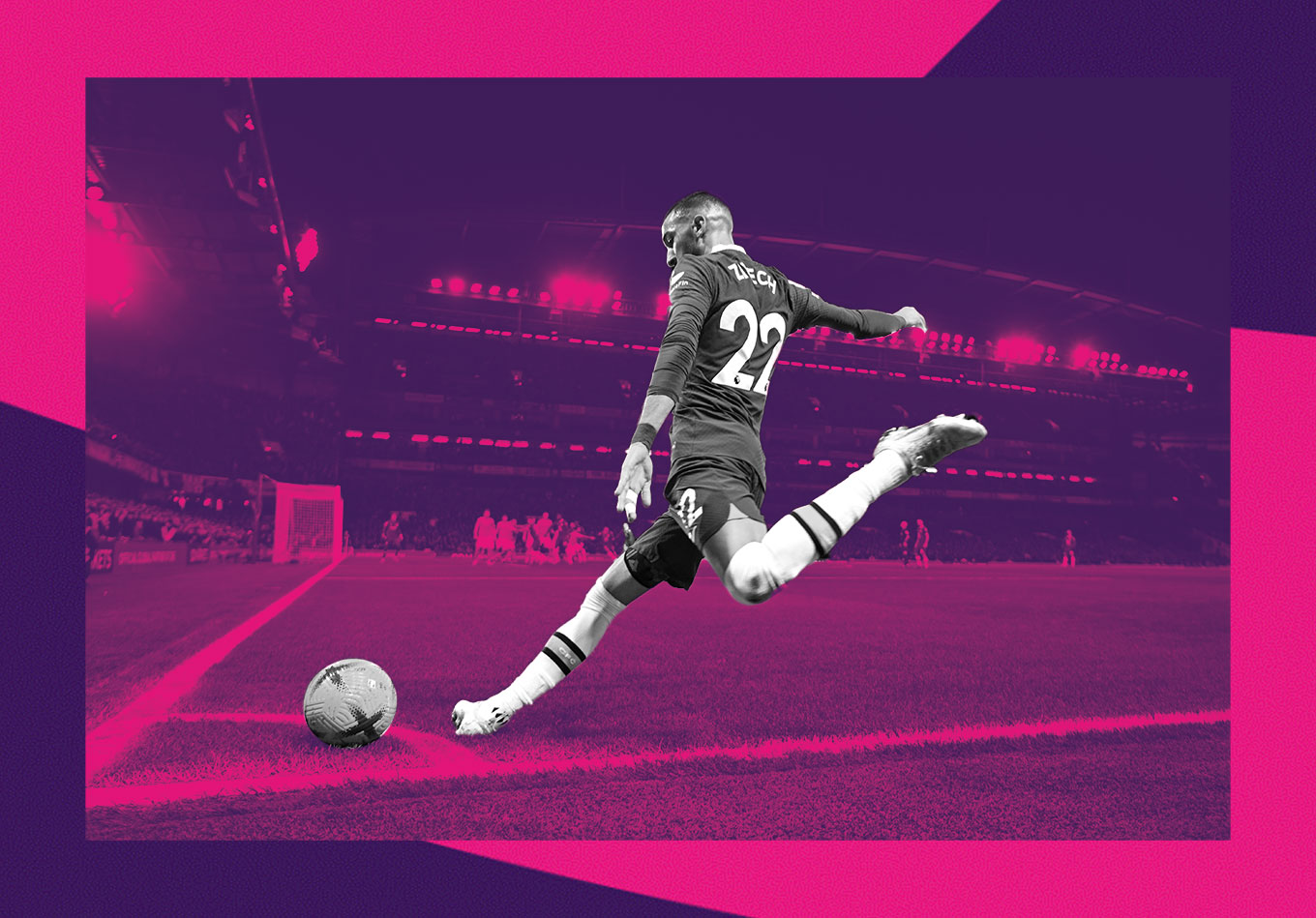 Corners. They’re a facet of football where there’s an almost inexplicable amount of excitement generated upon winning one, especially when considering only between 3-4% of them end as a goal – well below the average conversion of, say, a penalty kick (76%), right?

A quote that gets relayed in nearly every corner-kick analysis feature, but worth reiterating again, is José Mourinho’s infamous line: “How many countries can you think of where a corner kick is treated with the same applause as a goal? One. It only happens in England. This is the only place where a corner kick is as good as a goal for the fans.”

Despite Mourinho’s doubts (who are we to question them?), we all know that football is a relatively low-scoring sport. So considering that 13.6% of goals in the Premier League across the last five seasons have been from corner situations, it’s worth maximising your threat from them.

This season, that rate is at 15.8%. It’s the highest it’s been in recorded Premier League history (since 2007-08), and with more and more clubs bringing in specific analysts and staff around set-pieces, it feels like those marginal gains will increase even further in seasons to come.

No side have maximised their threat from corners this season more than Fulham. Promoted back to the top-flight after an astonishing Championship title-winning campaign in 2021-22, Marco Silva’s meticulous preparation on the training ground from corners has paid off. Fulham’s 10 goals from corners is equalled only by Spurs in the Premier League this season, but the 31% contribution towards goals is the outright highest. Fulham scored 14 goals from corners in the Championship last season, the joint-most, so the level of importance of corners to Fulham’s attacking threat is nothing new.

Before Southampton’s trip to Craven Cottage on 31 December, their manager Nathan Jones was fully aware of Fulham’s threat from corners, explaining, “We showed them [his players] the exact same set-play 10 times. … It’s not something that’s happened off the cuff as they [Fulham] do it week in, week out.” Southampton lost 2-1, with both of Fulham’s goals coming from corners.

Watching Fulham’s goals from corners this season, there doesn’t seem to be a obvious method behind their success, apart from the painfully non-analytical conclusion that they are just great at finding team-mates with corners, combined with a number of their players being strong in the air. We all know the threat Aleksandar Mitrović possesses aerially, and it’s the Serbian who’s scored the most goals from corners for Fulham under Silva in league competition (six of the 24).

No player has been on the end of a cross from a corner more than Mitrović (17) so far in the Premier League this season, while team-mate Andreas Pereira has successfully found a Fulham player with an excellent 45% of his crossed corners (30/67) – the only players to have attempted more than 10 and completed a higher ratio are Kieran Trippier (51%) and Kevin De Bruyne (50%). Three of these crossed corners have assisted a goal, which is the joint-most this season alongside Spurs’ Ivan Perišić, while only Trippier has created more chances (25) from these than the Fulham man (20).

Such is his skill from these scenarios that Pereira’s taken 74% of Fulham’s corners this season (77/104) – the same ratio as Trippier at Newcastle (106/143). But it’s James Ward-Prowse who is the most frequent corner taker for his club in the Premier League this season, having taken 82 of their 84 (98%). And we all know what Ward-Prowse can do with a dead ball.

Ward-Prowse’s #absolutewand of a right foot has seen him score 16 direct free-kick goals in Premier League history, behind only David Beckham (18) in the all-time rankings. It’s come in handy for Saints’ corners this season, too. Seventeen of his 41 chances created in the Premier League in 2022-23 have come from corners, with an xG assisted total of 1.55 – another category led in the Premier League by Newcastle and England star Trippier (2.21).

With Fulham, Newcastle and Southampton all so reliant on one corner taker – and all of who are right-footed – this has led to less variance between outswinging and inswinging corners. All three clubs have seen a 48-52% split between the two delivery styles.

And while there are a few other clubs that employ a mixture of inswinging and outswinging deliveries (like Nottingham Forest and Wolves), the clear standout team in the above viz are Arsenal, who take an eye-opening 95% of their crossed corners as inswingers. This is not a new phenomenon for the Gunners, as we pointed out at the back-end of last season.

The combination of Gabriel Martinelli swinging in corners from the left and Bukayo Saka swinging them in from the right has seen the Gunners score seven times from corner situations in the Premier League this season – the most recent of those coming via Eddie Nketiah’s header to open the scoring against Manchester United at the weekend. Although not directly from a corner, as players were still committed forward from a corner, the goal was scored from the second phase.

No other club have been so committed to one method of delivery (either inswing or outswing) in the Premier League than Arsenal’s 95% inswinging rate. The next highest are Spurs, with 77% of their crossed corners being inswingers.

It’ll come as no surprise, knowing this, that the two north London rivals are also the clubs that lead the Premier League for most players packed into the six-yard box from corners this season.

The average Arsenal corner sees over three of their players in the six-yard box (3.23), which is the highest in the division this season.

When looking back over Arsenal’s seven Premier League goals from corners in 2022-23, it’s clear to see why they flood the six-yard box.

The first is that Saka and Martinelli both have incredibly accurate and powerful deliveries.

Take this example from the 1-0 away win at Chelsea in November, where Saka’s whipped inswinger caused all sorts of confusion in the Blues’ six-yard box. An added benefit of crowding your own players into the six-yard box – aside from them being in a dangerous position to score themselves – is that it forces the opposition to bring players back to mark them.

When the ball is delivered into the box, Édouard Mendy has to contend with seven of Chelsea’s 10 outfielders in his own six-yard area, with an additional three Arsenal players around him in such a tight space. With the ball delivered at such speed, the slightest nick off a player could see the ball end up in the goal. Eventually, it was Gabriel Magalhães who ended as the beneficiary. Another example was Arsenal’s goal at home to Leicester in August, this time from a Martinelli delivery.

Leicester had eight of their 10 outfielders in the tightly packed six-yard box, with Arsenal adding five more. Danny Ward stood little chance once the ball was inadvertently flicked on by team-mate Jamie Vardy, where Gabriel Jesus was waiting unmarked at the back post from a yard out.

Mourinho was spot on about fans getting excited about corners, but as more and more onus is put on maximising attacking opportunities from such situations, maybe the excitement is justified.

You can download the corner data viz for all 20 Premier League teams via the links below: