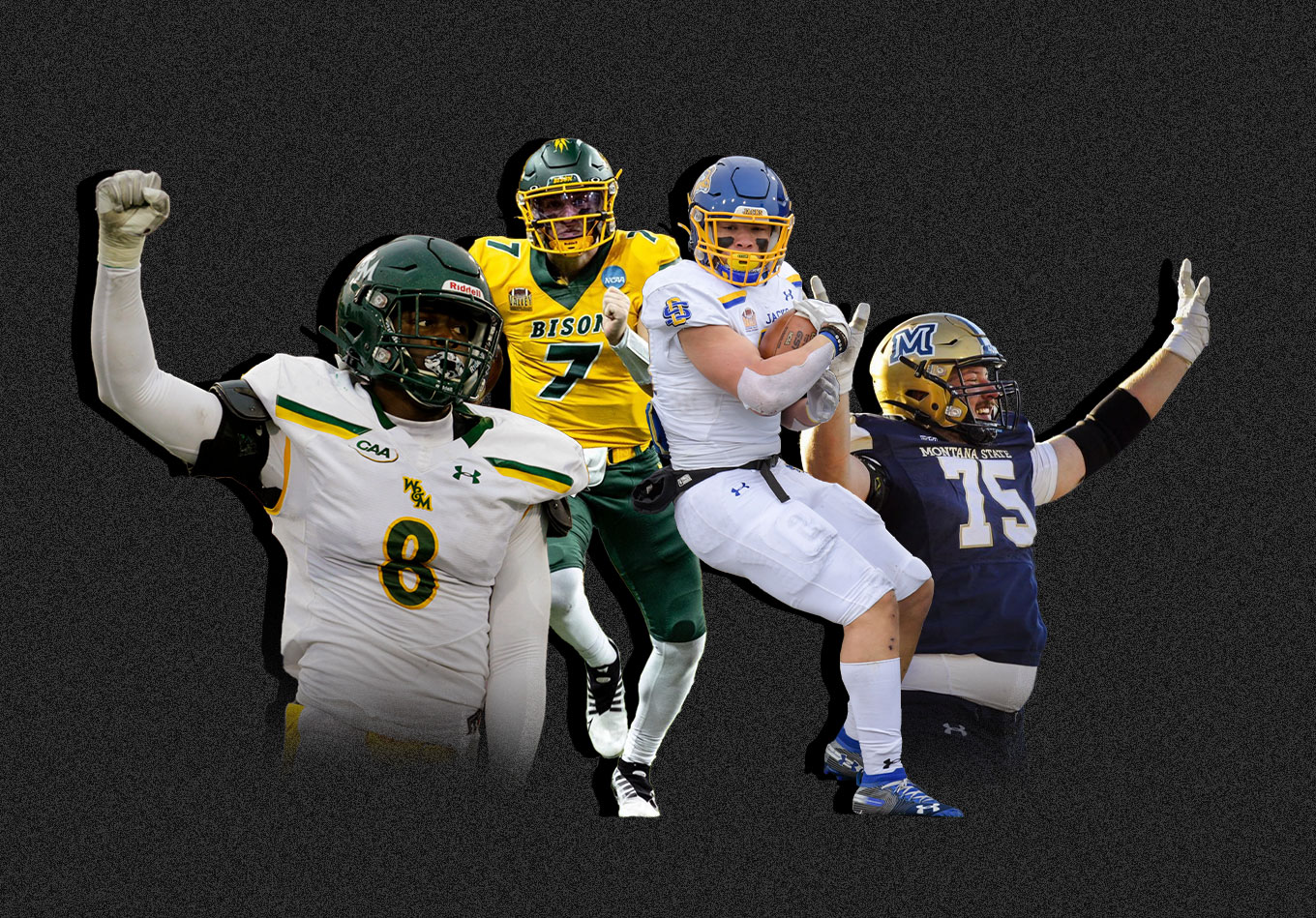 It was a memorable 2022 season in FCS college football, but …

As all teams look toward the 2023 season – yup, spring practice is on the way – there’s reason to be optimistic. Many conference title races appear competitive, the NCAA transfer portal and sixth-year players remain very much in play, and openings abound behind the top two teams in the national mix.

It’s never too early to look ahead, so here’s a sneak peek of what to expect in the 2023 season:

1. South Dakota State (2022: 14-1, No. 1 ranking) – The new FCS champion remains star-studded on offense with quarterback Mark Gronowski, the Most Outstanding Player of the national championship game, and its depth at running back (Isaiah Davis and Amar Johnson), offensive line (tackle Garret Greenfield and guard Mason McCormick) and wide receiver (Jaxon and Jadon Janke).

2. North Dakota State (12-3, No. 2) – The Bison had to deal with injuries this past season; replacing key seniors is next season’s obstacle. Still, quarterback Cam Miller and the many running backs, led by TaMerik Williams, will keep the ball moving, and a national runner-up finish (after capturing nine titles from 2011-21) provides extra motivation.

3. Montana State (12-2, No. 4) – Big Cat/Little Cat – quarterbacks Sean Chambers and Tommy Mellott, respectively – will continue to dominate games with the run, and both lines are strong. The road portion of the schedule is brutal: South Dakota State, Weber State, Idaho, Sacramento State and Montana.

6. Furman (10-3, No. 10) – The Paladins will return 10 starters to a defense that’s adept at forcing turnovers. Quarterback Tyler Huff was excellent down the stretch this past season and nobody wants to tackle big running back Dominic Roberto.

9. Montana (8-5, No. 14) – The non-challenging, er, non-conference schedule of Butler, Utah Tech and Ferris State is not a misprint, so the Grizzlies should post a better record than in 2022. While they need improvement at quarterback, they return a veteran offensive line, wide receiver Junior Bergen, tight end Cole Grossman and running back Nick Ostmo.

10. Southeast Missouri (9-3, No. 15) – Yes, Geno Hess (4,112 rushing yards, 55 total touchdowns) will be back for a sixth season on a roster that already was returning quarterback Paxton DeLaurent and inside linebacker Bryce Norman. A potential road detour: the Redhawks have only four home games.

(Here are the new FCS head coaches for the 2023 season)

ASUN – The three teams that shared the 2022 title could have explosive offenses. Austin Peay (Mike DiLiello) and Eastern Kentucky (Parker McKinney) return their quarterbacks, and 1,500-yard rusher ShunDerrick Powell has moved across the conference from North Alabama to form a tag team with Darius Hale on Central Arkansas’ talented roster.

Big Sky – Montana State seeks to separate from the pack after Sacramento State, a winner of 19 straight conference games, lost coach Troy Taylor to Stanford as well as key offensive players. UC Davis joins Idaho and Montana in the title mix and with top 10 potential.

Big South – Gardner-Webb will find it hard to replace quarterback Bailey Fisher, but the defending champion returns a lot on defense as the conference’s four teams move into the partnership with the OVC. Bryant will have a veteran offense, including quarterback Zevi Eckhaus.

CAA – In becoming the largest conference in FCS history with 15 members, the title race will be deep in title contenders, but William & Mary is the clear favorite. New Hampshire, Delaware, Richmond and Elon have the pieces to get back to the playoffs. Villanova, a 2021 co-champion, should bounce back with eight starters returning on each side of the ball.

Ivy – Yale will be favored to repeat with the return of 13 players who earned All-Ivy honors, led by quarterback Nolan Grooms, the league’s offensive player of the year. Princeton returns the big duo of quarterback Blake Stenstrom and linebacker Liam Johnson.

MEAC – After winning the Celebration Bowl, North Carolina Central returns the conference players of the year in quarterback Davius Richard and free safety Khalil Baker. Co-champ Howard lost decisively to the Eagles, but they will be at home for the 2023 matchup.

MVFC – Circle Nov. 4 on the calendar as South Dakota State hosts North Dakota State in a matchup of the two most-recent FCS champions. North Dakota separated itself from the pack as the Valley’s only other team in the 2022 playoffs. A who’s who of leading quarterbacks return with SDSU’s Mark Gronowski, UNI’s Theo Day, Southern Illinois’ Nic Baker and UND’s Tommy Schuster.

NEC – Defending champ Saint Francis returns quarterback Cole Doyle, but he lost his top wide receivers to transfers. With Merrimack ascending in the conference, stalwarts Duquesne and Sacred Heart seek to bounce back.

OVC – UT Martin will host fellow co-champ Southeast Missouri after they missed each other on the 2022 schedule. SEMO’s returning talent stands out, while UTM must replace significant losses. The OVC will have six of the 10 teams in the new partner league with the Big South.

Patriot – Holy Cross should become the first program to win a fifth straight PL title. Colgate appears to be the closest team talent-wise, but it has lost the last three meetings by an average of 26 points.

Pioneer – Defending champion St. Thomas remains ineligible for the FCS playoffs in the third of a five-year transition from Division III. Davidson will seek to extend three straight playoff bids. Dayton moves forward without the retired Rick Chamberlin, who spent 48 years in the program as a player, assistant coach and head coach.

Southland – Southeastern Louisiana had a number of younger players in influential roles this past season, so the Lions figure to be favored over co-champ UIW, which after its run to the national semifinals will have a new coach (Clint Killough) for the third straight season. He’s gone big on transfers, including Zach Calzada, Texas A&M’s 2021 quarterback who will presumably replace Walter Payton Award recipient Lindsey Scott Jr.

SWAC – Florida A&M, the East Division runner-up in each of its first two SWAC seasons, figures to get over the Jackson State hurdle after the Tigers lost coach Deion Sanders and a bunch of key players. In the West, another bunched race is possible after 2022 champ Southern, Prairie View A&M, Texas Southern and Alcorn State finished within one game of each other.

WAC – Defending champion Stephen F. Austin has lost a number of key players, which makes Abilene Christian and its talented junior class the team to beat. The top ASUN teams appear stronger than the WAC’s heading into the third season of their partner league.