Serbia vs. Switzerland: Prediction and Preview | The Analyst 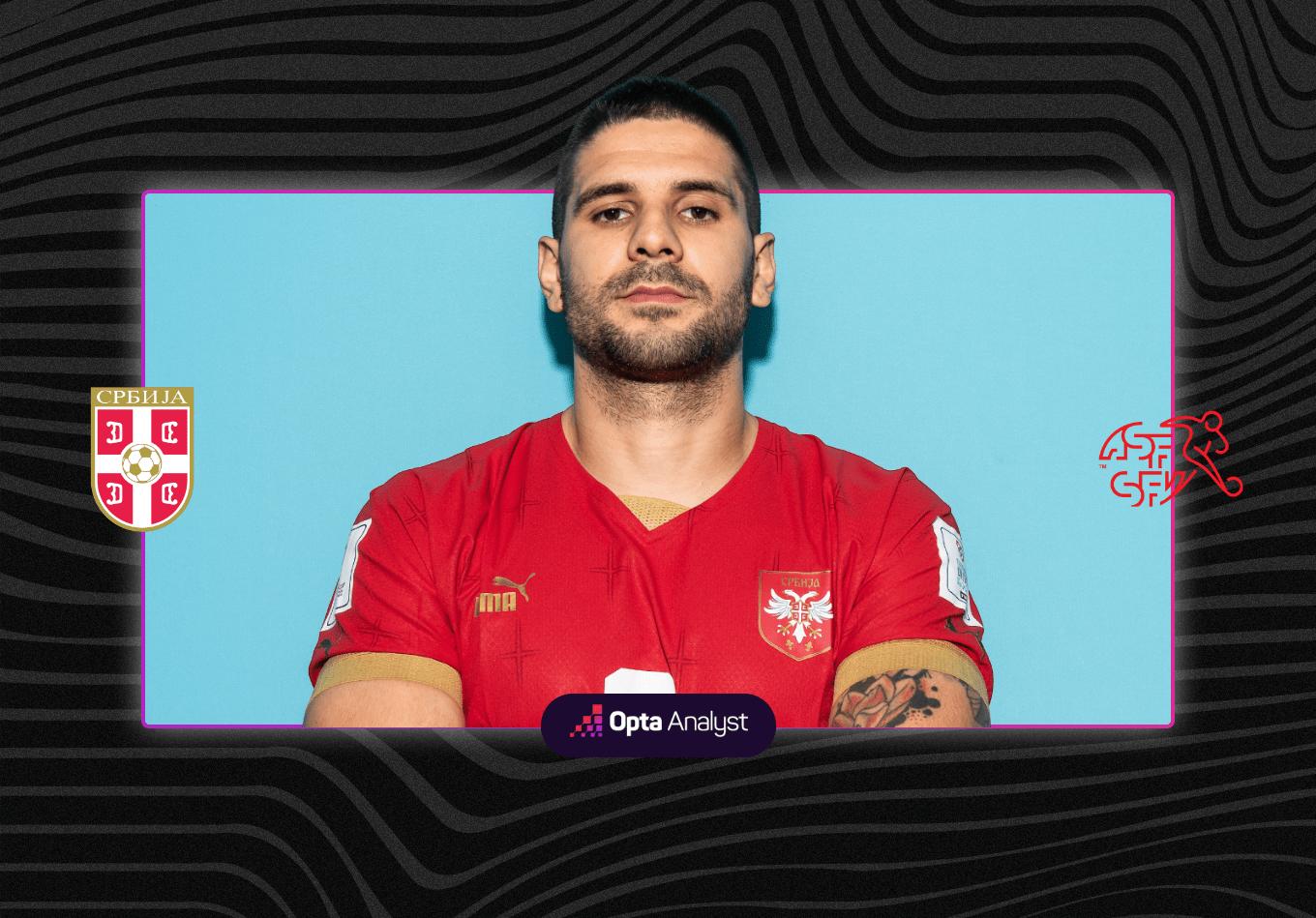 We preview the 2022 World Cup match between Serbia and Switzerland, including our pre-match prediction for each team’s final game in Group G.

Serbia midfielder Sergej Milinkovic-Savic would have accepted knowing a win in their final Group G game against Switzerland would likely be enough to secure progression to the World Cup knockout stages.

Dragan Stojkovic’s side have taken just one point from their two games so far, coming in a 3-3 draw against Cameroon last time out, but are still in with a chance of going through, although they need Cameroon to lose to Brazil.

Assuming that happens, a Serbia win would be enough with Switzerland requiring just a draw.

They find themselves in a perilous position but Milinkovic-Savic insists it is not a surprise. Asked if he would have taken this situation beforehand, he said: “Of course. When we saw the draw and the schedule, we knew that everything would depend on the last game.

“We need to take this opportunity with both hands.”

Serbia’s draw with Cameroon was arguably an opportunity lost given they were leading 3-1 in the second half.

Captain Dusan Tadic said: “It’s certainly hard because we led 3-1 and you’re not happy when you end up with a draw.

“We created a lot of chances, but of course the goals we conceded should not happen. It starts with the midfield and the defence. We know now we need a win in the last round.”

Avoiding defeat is likely to be enough for the Swiss, but boss Murat Yakin will send his players out with clear instructions to try to win the game.

He said: “We’ll have to find the right balance. I think we can be the dominant team, we’ve proven that in the past. It will be exciting, we’ll need a good start.

“As a head coach, you can’t send out a team and tell them a draw is enough.

“Of course we want to try to win this game, we know we have the skills and quality to do so. Hopefully we’ll be well prepared, and then I’m convinced we’ll be the dominant team, we will take more risks.

“It will be an exciting game, we want to focus on football, everything else I don’t really care about.”

The Fulham striker produced a mixed performance in the draw with Cameroon. While he was a nuisance all afternoon and scored a goal, he failed to capitalise on many of the chances that came his way. Twice in the first half he should have done better while he also missed another clear opportunity in the closing stages. Over the two games so far, he has scored once from an expected goals (xG) total of 1.5.

He will need to improve markedly if Serbia are to get the win they require.

A clean sheet would likely guarantee Switzerland’s progression, and Yakin will be reassured by the fact he can count on one of the tournament’s in-form goalkeepers.

Only two men have made more saves than Sommer’s nine, the Netherlands’ Andries Noppert (albeit from three matches rather than Sommer’s two) and his opposite number on Friday, Vanja Milinkovic-Savic (12).

Our supercomputer believes all three outcomes are a distinct possibility with little to separate them.

Serbia are ranked a 39% chance to claim the three points they require, with Switzerland having a 34.6% chance of victory. The draw comes in at 26.4%.