Russell in Reserve: How the Lakers' Sixth-Man Experiment Is Helping Fuel Their Turnaround | The Analyst 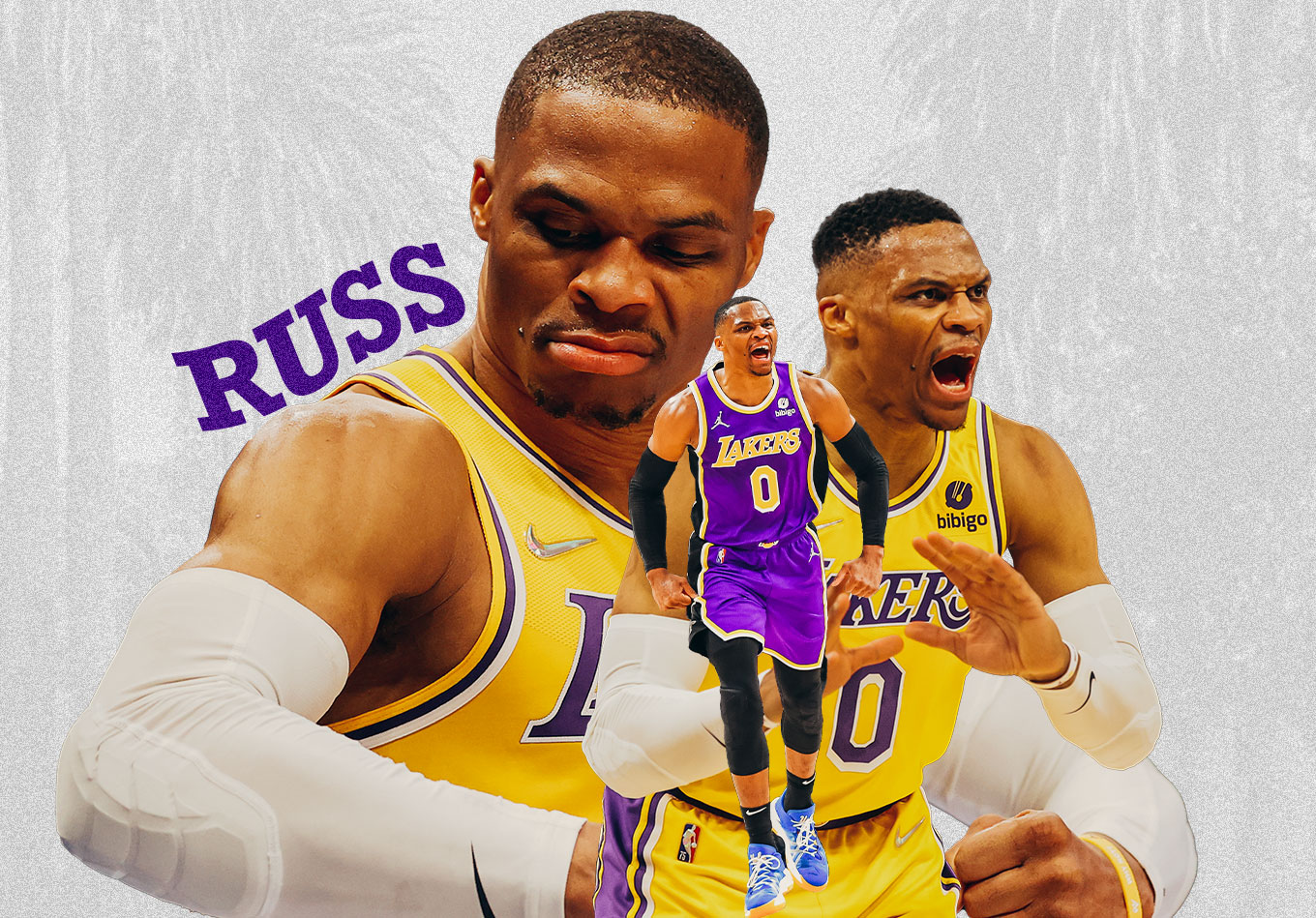 Through a season and change, the Los Angeles Lakers’ Russell Westbrook Experiment was in a tailspin.

Whether it was scoring efficiency, decision-making or defensive awareness, he struggled immensely throughout 2021-22, didn’t harmonize much with LeBron James or Anthony Davis and the injury-riddled Lakers won just 33 games.

During the offseason, the idea of Westbrook coming off the bench was floated around. Yet on opening night, he remained a starter. After three games, Los Angeles was 0-3 – not solely his doing, of course – and Westbrook continued to falter, averaging 10.3 points with a 36.6 true shooting percentage. Then, he sat out the Lakers’ fourth game against the Denver Nuggets. When he returned Oct. 28 against the Minnesota Timberwolves, he’d shifted to a reserve role for the first time since Nov. 29, 2008 of his rookie season.

Davis missed that Oct. 28 outing. Los Angeles lost by nine and scored 102 points. Westbrook had 18 points on 6-of-17 shooting and dished out three assists with four turnovers. Two days later, the Lakers notched their first win with an 11-point victory over the Nuggets. They scored 121 points. Westbrook dropped 18 points on 6-of-12 shooting, as well as eight dimes and three turnovers. Davis tallied 23 points, 15 rebounds, one block and one steal.

Since beginning the year 0-5, Los Angeles is 10-9. In the games Davis starts and finishes, they’re 9-7, which includes six absences from James. The 29-year-old center has regained his superstar form following a couple seasons full of health setbacks. He looks like a dominant top-10 player again. That is the primary reason behind Los Angeles flirting with a playoff spot after a 2-10 start.

Helping fuel this rise is Westbrook. He’s playing the best ball of his abbreviated Lakers career. He and Davis have formed a symbiotic connection; neither renaissance occurs without the other’s help. Los Angeles is fifth in the league in points per game and tied for sixth in offensive rating since Halloween Eve. The former UCLA Bruins star is averaging 15.2 points (51.3% true shooting), 8.1 assists (3.8 turnovers) and 5.1 assists across this 19-game stretch.

The otherworldly explosiveness and vertical pop, along with any semblance of finishing touch, that defined his MVP peak continue to escape him. He’s not an efficient scorer these days. But his playmaking is absolutely thriving and elevating the entire offense, especially its bedrocks – Davis and James.

Offensively, Westbrook’s foremost trait is his interior passing. He’s intrepid and can ferociously thread the needle with either hand to feed cutters, rollers or those camping in the dunker spot. Given the Lakers are fourth in the league in field-goal attempts at the rim (941), spearheaded by paint aficionados Davis and James, this skill is an ideal fit.

An NBA-high 63.3% of Westbrook’s 169 assists have resulted in made field goals from 5 feet and in (minimum 75 assists). And Los Angeles’ offensive rating is 9.1 points better with him since Oct. 30, an on-off swing only bested by Davis (10.3). Last year, the offense was 0.9 points better when Westbrook sat.

Between his individual limitations as a spread ball-screen operator and the issues stemming from the corresponding, untenable floor spacing, the Lakers have shrewdly shrunk the floor for him and the entire offense. He’ll often initiate possessions from one of the wings with an empty corner, where he has a bit more room and can leverage his blend of strength and still-present speed to generate pressure inside.

Most commonly, Los Angeles is scheming ‘snug’ pick-and-rolls that commence way inside the arc. Because defenses respect Westbrook in the paint, that places them in a bind to make a choice in who they wish to stop. As a result, he parlays that respect into passing windows and wields the ability to fit reads through narrow openings.

Knowing the Milwaukee Bucks don’t typically help much at the nail or bring a weak-side tagger, the Lakers spammed this to great success in their impressive road win last week when Westbrook logged 11 assists and zero turnovers. After flirting with it at times in 2021-22, the snug pick-and-roll has become a staple under new head coach Darvin Ham. Westbrook’s interior passing aptitude is a critical part of its prosperity.

Westbrook’s distributing enables Davis and James to function as finishers rather than constantly shouldering a creation burden as a big and wing on a team full of shaky perimeter shooting. They’re both tremendous scorers around the rim in different ways. Davis is a fluid, rangy and heady roller. James is a powerful, perceptive cutter. When Westbrook shares the court with them, it’s evident his priority is always to set them up.

His pacing and general command of the offense are starkly improved. He avoids rumbling his way into precarious spots. His role is clear, and he excels at it. The ball is in his hands more again. His average seconds per touch have notably increased from last season. He’s not trying to adapt to an off-ball-heavy role as a 6-foot-3 guard who’s a career 30.5% 3-point shooter.

The offense flows through him and he understands the objective of the offense is to engineer shots inside. He’s being schemed into preferable spots, which wasn’t the case much last season, another factor for his tribulations. His processing is sharp and his facilitating talent is shining.

Illuminated by the many assists above, Westbrook’s mere presence still occupies the pupils of various defenders. He’s not the electric scorer and offensive engine of yesteryear, but he’s nonetheless a domineering aura that flusters opponents with the chops to capitalize on said attention.

It’s especially obvious when the veteran wiggles his way into a post-up. Help defenders forget or abandon their assignments and pave the way for him to strike.

It’s been a profitable wrinkle when they elect to deviate from snug pick-and-rolls or early offense face-ups.

Six weeks ago, while he played out the final season of his max deal as a 34-year-old guard stuck amid a steep decline, Westbrook’s NBA future seemed hazy. Now, his revival establishes a pathway forward, both in the interim and wherever he signs next summer. He’s a playmaking reserve who alters the tenor of games with his envelope-pushing passes and seizes even the smallest of opportunities for scoring looks.

Kudos are in line for the coaching staff and Westbrook for discerning and embracing this optimal role. The Russell Westbrook, Sixth Man, Experiment is panning out thus far.

He and the Lakers are better off for it.