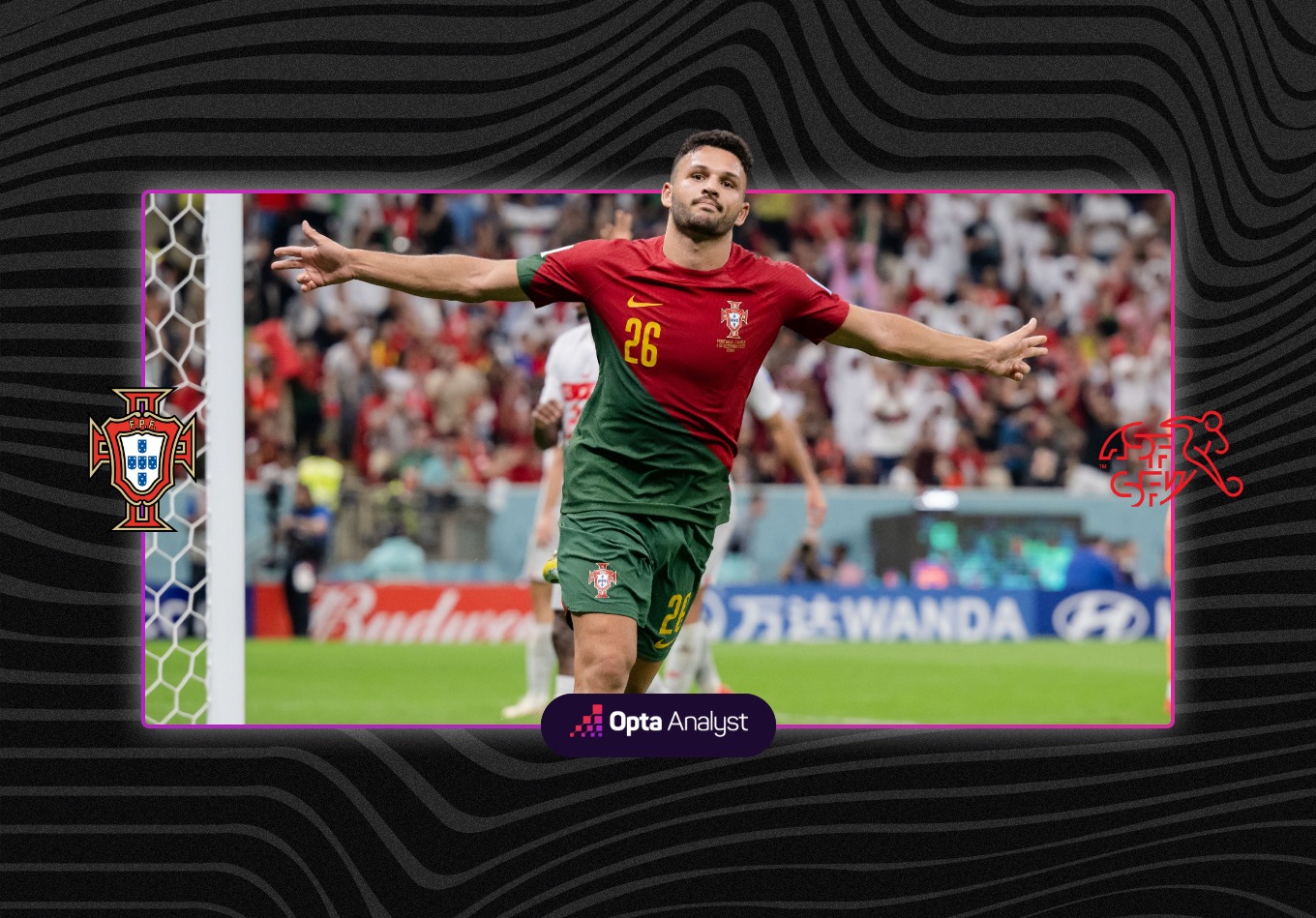 Cristiano Ronaldo hasn’t scored a goal in a knockout match at a World Cup. Gonçalo Ramos has three. That wasn’t the case before kick-off Tuesday night, but Fernando Santos gambled and won – by five goals. It took fewer than 20 minutes for the first for the Benfica striker who was newly three years old when Ronaldo scored his first goal at a major tournament. There always comes a time for it to be someone else’s time.

The 21-year-old, playing his fourth match for Portugal, received the ball from João Felix with his back to the goal in the 17th minute, took a touch on his turn and fired near post into the roof of the goal. That didn’t mean there wasn’t a goal to be had by a Portuguese player nearing 40. It’s just that it was Pepe who at 39 became the second-oldest outfield player to score at a World Cup in the 33rd minute on a corner from Bruno Fernandes.

Ronaldo had started 31 consecutive matches at major tournaments, and while the Portuguese crowd made it clear they wanted to see him, no one seemed to be missing him on the pitch. The front three created a chance each in the opening half and were all directly involved in a goal with Ramos scoring that first goal and João Félix and Bruno Fernandes providing assists.

Portugal managed six shots – five on target – in the first half with three from Ramos on three touches in the opposition box for 0.61 xG. Decent, but he was just getting started.

The Swiss were happy to have their keeper back after Yann Sommer missed their last group-stage match due to illness, but there wasn’t anything for him to do on either of the opening goals. Sommer did, however, keep the Swiss from going down a third goal before half by making a save on Ramos in the 43rd. That seemed to matter for a moment because it wasn’t so long ago Switzerland overcame a two-goal deficit in the round of 16 at a major tournament to shock France in penalties at Euro 2020. But it became clear early in the second half lightning wasn’t going to strike twice – because Ramos was. His brace came smoothly in the 51st minute from Diogo Dalot to all but set the final spot in the quarter-finals, and Ramos assisted four minutes later for Raphaël Guerreiro. The hat-trick came in the 67th, again from Félix, making Ramos (21 years, 169 days old) the youngest player to complete one in a World Cup since Flórián Albert (20y 261d) for Hungary in 1962.

It marks the fourth World Cup match for a Portuguese player with at least three goals, but Ramos fell short of Eusébio’s record of four against North Korea in 1966. But because of that assist, he did match Eusébio’s four goal involvements, the most on record in a single match for a Portuguese World Cup player. Ramos came off in the 74th with Ronaldo coming on, and he did so having converted half of his six shots with the highest individual non-penalty xG mark thus far in the knockout stages (1.28):

So the first surprise of the day was that Spain won’t be appearing in the quarter-finals. The second was that Portugal didn’t need its best player ever to get there for the first time since their fourth-place run in 2006. Their six goals account for 35.3% of the 17 Portugal have scored at the World Cup in knockout stages. We’re still waiting for Ronaldo’s first – if it hasn’t passed him by.