Netherlands vs. Argentina: A Classic World Cup Encounter | The Analyst 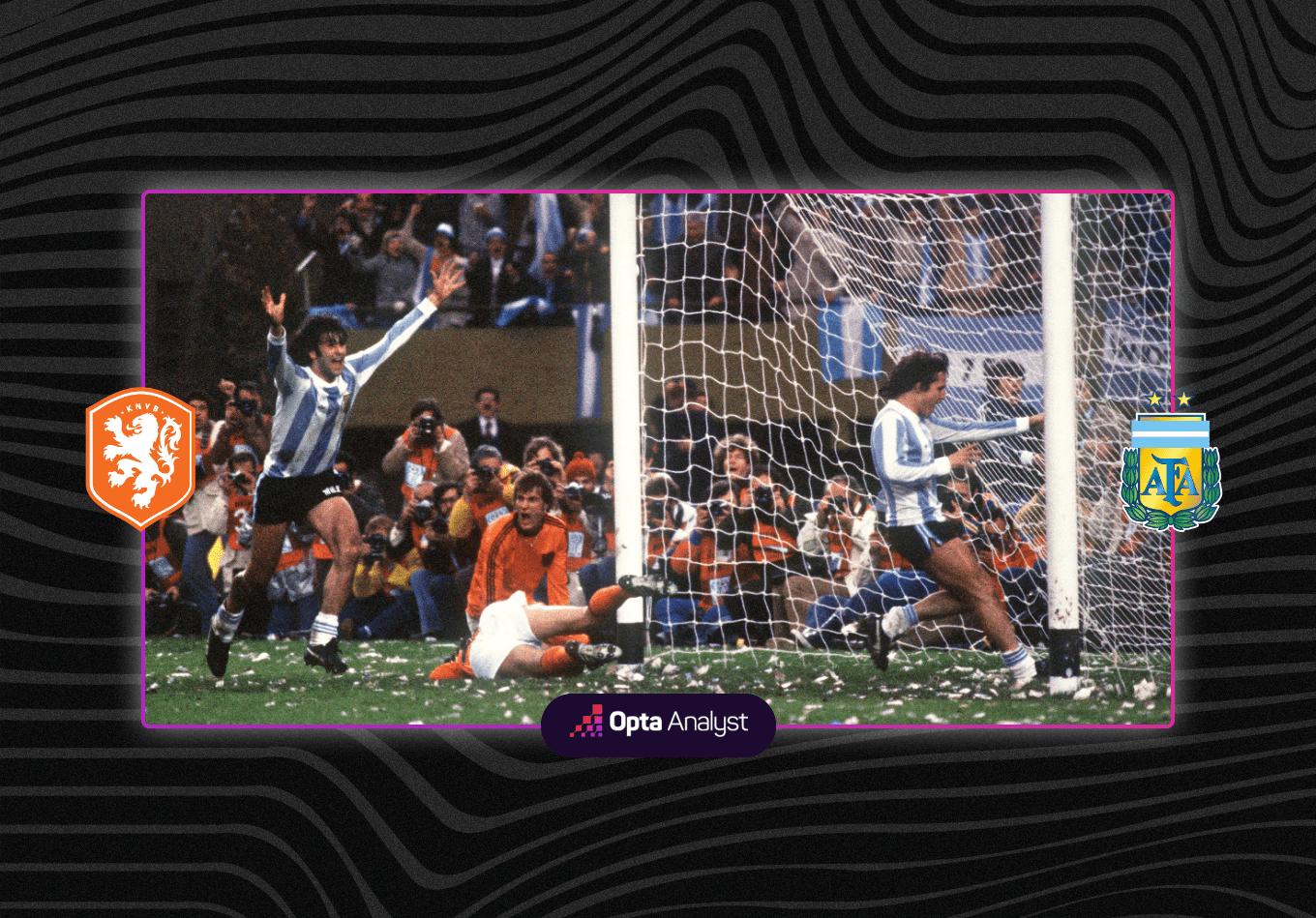 Friday’s meeting at Lusail Stadium will be a sixth chapter of a long-standing World Cup rivalry between Argentina and the Netherlands.

Argentina and the Netherlands clash for a sixth time at the World Cup on Friday.

They are familiar foes having been regular opponents over the years, featuring in some memorable games, a couple of forgettable ones and a hugely controversial encounter in 1978.

The winners of this quarter-final will take on Croatia or Brazil in the last four.

Here, we look back at the previous World Cup meetings between Argentina and the Netherlands.

The 1974 World Cup saw the most one-sided clash between the pair with Rinus Michels’ wonderful Netherlands side steamrolling Argentina.

Playing at their first World Cup in 36 years, the Dutch coasted through the first group stage while Argentina had to rely on a 4-1 defeat of whipping boys Haiti to advance.

That set up a second group phase meeting in which the gulf in class was quickly apparent – Johan Cruyff and Ruud Krol putting the Netherlands 2-0 up by half-time. Second-half goals from Johnny Rep and Cruyff finished the job for Michels’ men, who reached the final only to lose 2-1 to West Germany.

It was no surprise that Argentina triumphed on home soil in 1978 – a World Cup riddled with accusations of corruption and intimidation.

Following a military coup in 1976, the governing National Reorganisation Process were desperate for international legitimacy and saw the World Cup as the perfect opportunity to achieve it.

Accusations of refereeing bias accompanied their matches in the first group phase and they qualified in second behind Italy.

The second group phase was even more controversial. Needing to beat Peru by four goals in their final match to reach the final at the expense of arch-rivals Brazil, Argentina won 6-0.

In the final, they met a Netherlands side shorn of Cruyff, who had opted to remain at home, although he denied it was on political grounds.

A bad-tempered game that was delayed by Argentina being late to enter the field went into extra-time after Dick Nanninga cancelled out Mario Kempes’ first-half opener.

Both teams advanced to the round of 16 by winning their groups, although they found their next assignments more difficult. The Netherlands edged past Yugoslavia 2-1 while Argentina required penalties to overcome England following a pulsating 2-2 draw.

That set up a quarter-final that will live long in the memory.

On a intensely hot day in Marseille, the likes of Dennis Bergkamp, Jaap Stam and Edgar Davids went head to head with Gabriel Batistuta, Diego Simeone and Javier Zanetti.

Patrick Kluivert gave the Dutch a 12th-minute lead only for Claudio Lopez to equalise five minutes later. Neither side could land another blow until the dying seconds when Frank de Boer’s raking pass picked out Bergkamp and, after controlling the ball instantly, he stepped inside Roberto Ayala and fired high into the net with the outside of his boot. Sublime.

The Netherlands advanced to the semi-finals where they lost to Brazil on penalties after a 1-1 draw.

With both teams having already qualified from Group C, this was nothing more than a joust for top spot. Several first-choice players were left out by respective coaches Jose Pekerman and Marco van Basten, rested for the tests to come.

The South Americans topped the group and went on to beat Mexico 2-1 in extra-time in the round of 16 before bowing out to tournament hosts Germany in the quarter-finals in a penalty shoot-out.

Netherlands topped their group and accounted for Mexico and Costa Rica, albeit the latter via a penalty shootout, to reach the last four.

Argentina also made light work of the pool stage and advanced thanks to 1-0 wins over Switzerland (after extra-time) and Belgium to set up a clash with the Dutch.

An eagerly-awaited clash turned into a damp squib, however, with neither side showing any attacking fluency.

The Dutch had brought penalty specialist Tim Krul off the bench deep into extra-time against Costa Rica, and promptly watched him save two spot-kicks.

Against Argentina, coach Louis van Gaal had already made his three substitutions, meaning Jasper Cillessen had to stay between the sticks. He didn’t save any while Ron Vlaar and Wesley Sneijder missed to send Argentina into the final for the first time since 1990.