Japan vs Spain: Prediction and Preview | The Analyst 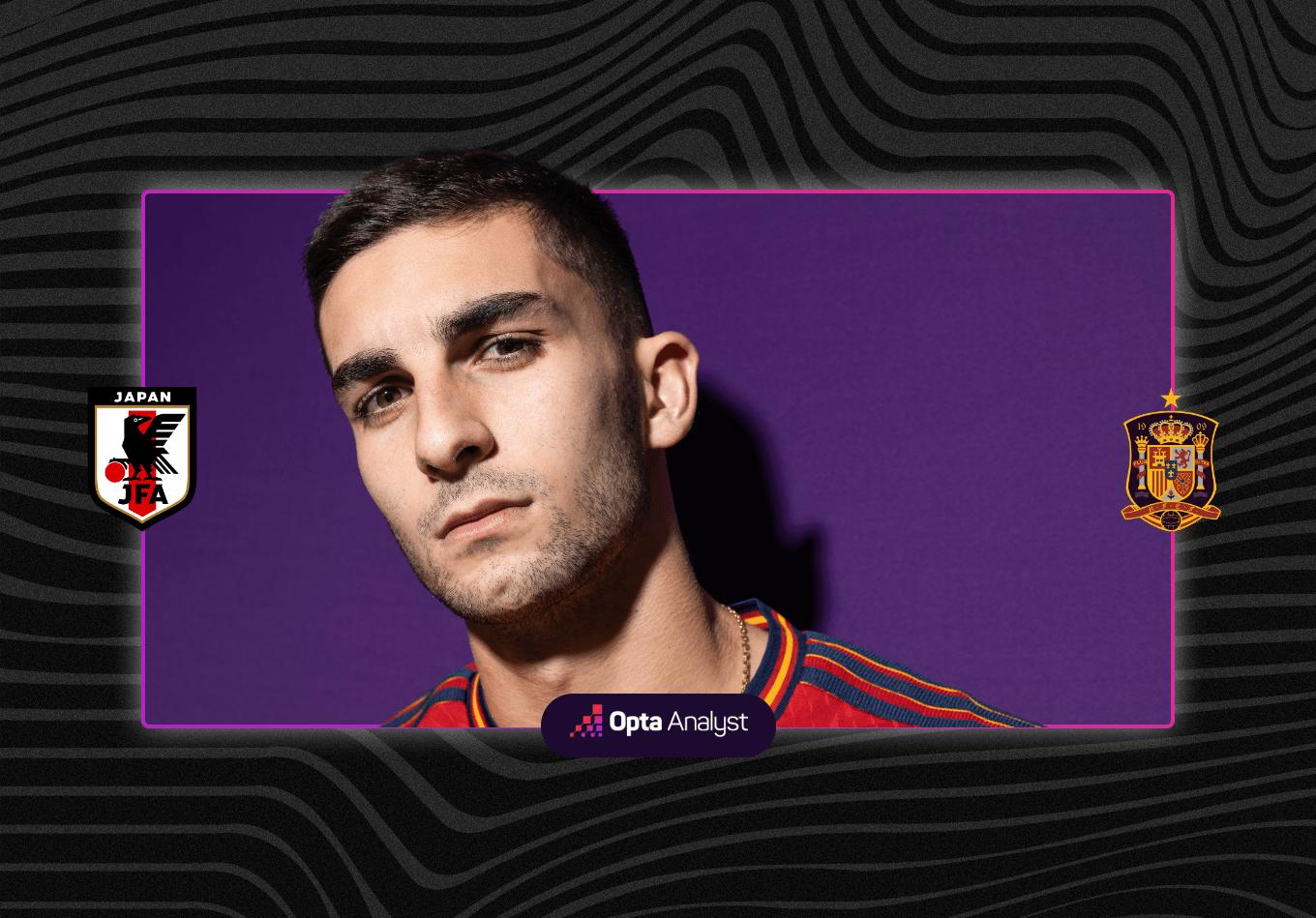 Japan vs Spain: Prediction and Preview

Group E concludes on Tuesday and all is still to play for, with Spain hoping to secure top spot and Japan just aiming to hold off Germany.

Spain control their own destiny and also that of Germany in their final Group E match against Japan, but Koke insists La Roja are not paying any mind to the wider consequences of a potential victory.

Luis Enrique’s men only need a point to make sure of their place in the last 16, while a win over Samurai Blue at the Khalifa International Stadium will ensure they go through as group winners.

The latter outcome on Thursday would suit Germany down to the ground, as Die Nationalelf – who face Costa Rica simultaneously – can clinch a spot in the next round if they win and Japan lose. If Spain are held and Hansi Flick’s men win, goal difference will come into play for the 2014 champions.

There is undoubtedly a perception that Germany crashing out would be good for Spain in the long run, given La Roja’s designs on winning the tournament.

But Koke is adamant Spain – who have won their final group game in eight of their past nine World Cup appearances – are only focused on themselves.

“Our only strategy is to go out and win the next game against Japan,” he told reporters.

“We’ve always done it. Obviously, you do the maths on how the classification would look, but our idea is to respect our opponent by going in to win the games.

“It’s the only way to prepare for the game and qualify.”

Providing Spain finish the job and qualify, they will face either Croatia, Morocco or Belgium in the next round.

But winning the group would put them on course to face Brazil in the quarter-finals, assuming both make it that far.

Koke shrugged off such concerns.

“I don’t think we fear anyone,” he continued. “We have the utmost respect for all the national teams.

“We don’t think about the quarter-final because first we have to win against Japan. Our idea is to win and then we’ll see who will come.

“If Brazil face us in the quarter-finals and we have the fortune to get that far, we will try to get there in the best way. We have the same idea of going to win every game.”

Japan’s position in the group is somewhat precarious.

Hajime Moriyasu’s side followed up their shock Germany win with a similarly surprising loss to Costa Rica, meaning they will need at least a point against Spain if they are to qualify for the knockout stages at consecutive World Cup tournaments for the first time ever. Even then, a draw might not be enough.

Moriyasu is not downplaying the task facing his team, rating Spain as the world’s best.

But he believes they can repeat the heroics of their win over Germany.

“[Spain] are the best team in the world,” Moriyasu said. “They demonstrate their skill by working together even in ferocious battles. We want to win and get past them.

“We shouldn’t be on an emotional rollercoaster. The victories and defeats are in the past and now we start preparing for the next game.

“We can have a big win [against Spain] like we did against Germany by making incremental strides.”

The odds are stacked firmly against Japan for this game. If they are to get the result they require to go through, Samurai Blue will presumably need to be effective defensively.

At the back, Japan will look to the experienced Yoshida, who was excellent on matchday one. And he could be particularly key if Alvaro Morata comes into the Spain starting XI after scoring against Germany.

Yoshida won five of his six duels last time out and also plays a key role in Japan building out from the back, as he recorded 122 touches against Costa Rica – Wataru Endo (113) was the only other Japan player to register more than 83.

RB Leipzig winger Olmo was heavily involved against Germany. The only non-defender to have more touches than his 70 was Pedri (82), whereas Olmo’s 17 passes in the final third was the most for Spain.

On top of that, his two key passes was only bettered by Jamal Musiala (three), and Olmo also hit the crossbar with a fierce first-half strike.

He may not have played much in the lead up to the tournament, but he has looked sharp in Qatar – Japan would be wise to pay close attention.

Anything other than a Spain victory would be a surprise. La Roja go into the contest with a 67.1 per cent chance of taking all three points, and therefore winning the group.

Japan’s win probability is just 12.3 per cent and the draw comes in at 20.6 per cent – Moriyasu would probably settle for the latter, however.