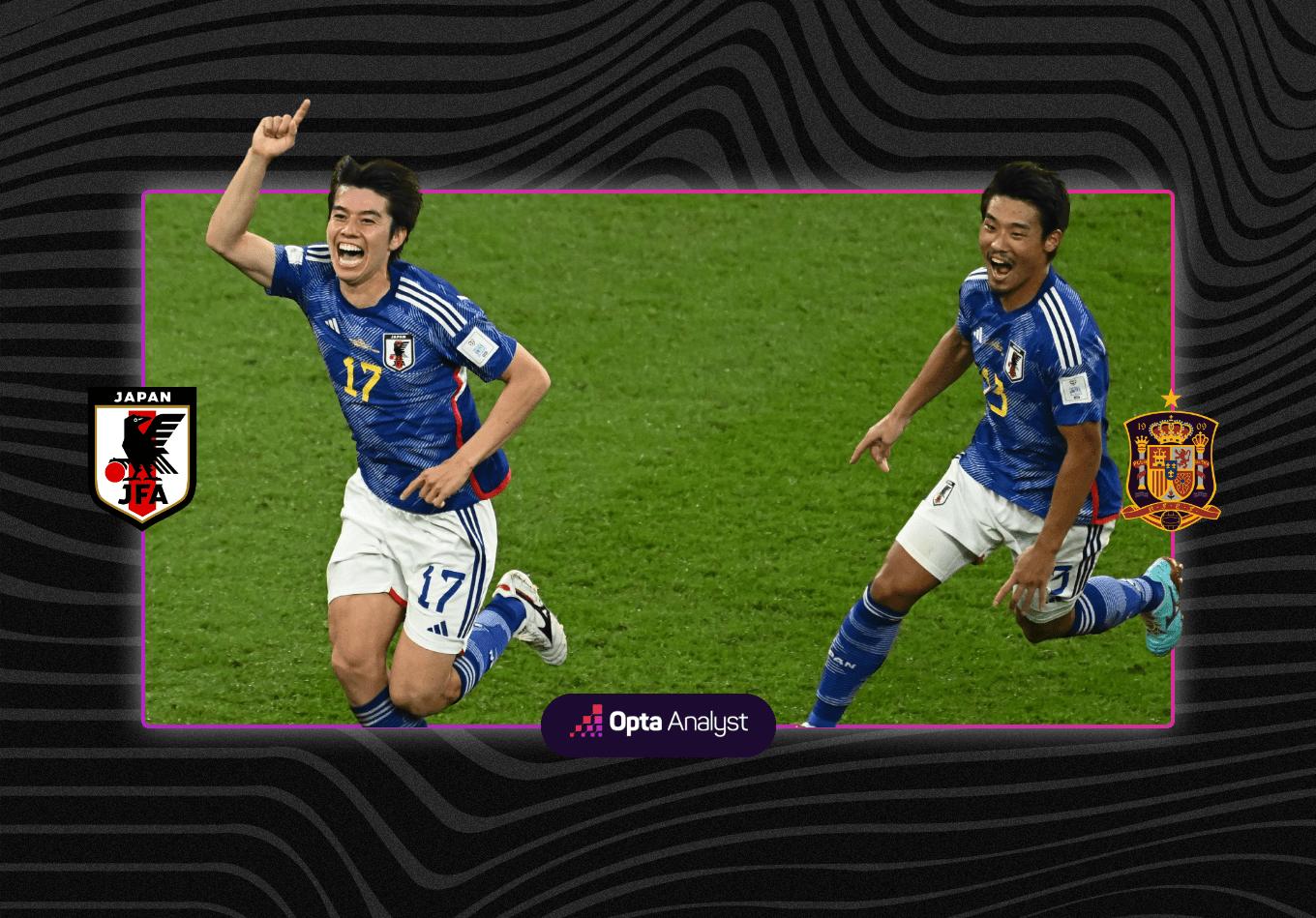 We said from the start that finishing second in Group E was the way to go if you could find a way to pull it off. Perhaps Spain had also taken note of the stark difference in paths to the World Cup final – but the way things played out Thursday night, it was at risk of not advancing at all. Regardless, a spirited performance from Japan caused Matchday 3 havoc we hardly could have imagined.

The way things ended, Japan played a second half to remember, came back to defeat a World Cup champion for the second time in the group, won the group of death, and will play Croatia in the round of 16 with Spain facing Morocco. It makes Japan the third team in World Cup history to be losing at half time and come back to win two games in a single edition, after Brazil in 1938 and Germany in 1970.

Japan’s warning came early with a regain in a dangerous spot near the Spain goal. Sergio Busquets was dispossessed at the top of the box in the eighth minute, and Japan worked the ball to Junya Ito, who wasn’t able to sneak his shot inside the near post. The second-half comeback that was coming would be sparked in similar fashion.

But back in those opening minutes, it wasn’t long before Spain made it hurt. Álvaro Morata headed in a ball from right back César Azpilicueta for his third goal of the tournament. Azpilicueta assisted eight of Morata’s 24 goals for Chelsea in all competitions, but this was the first time he’s assisted Morata for Spain.

Morata entered the match with two goals in 69 minutes over Spain’s first two matches of the tournament and got his third in the 11th minute against Japan, making him the second Spaniard to score in each of his first three World Cup appearances after Telmo Zarra in 1950.

It also gave him nine goals at major tournaments on exactly nine expected goals at that point in the match:

Spain had a lead and Spain possessed. They just didn’t do much more and were content with holding the ball for the rest of the half, and who could blame them because with Germany also holding a first-half lead, there wasn’t much of a threat.

That all changed in minutes.

Japan again pressed Spain in their box in the 48th minute and Ritsu Doan got the first goal on a fine finish. Three minutes later, Japan got a second from Ao Tanaka on a goal that will be analysed for as long as Japan remain in the tournament with the debate of whether the ball had gone out of play before the goal.

What that meant was Japan would go through atop the group of death with Spain coming second, but while all that was going on, Costa Rica were building toward a goal themselves in the 58th. And then another in the 70th to take the lead, and with that Spain would have gone out. Germany were in the most hopeless spot, but it was the four-time champions who saved Spain three minutes later with the first in a string of three goals that eased the tension for Spain.

Perhaps lost in the chaos of the Group E second halves was how things worked out tactically for Japan. Part of that was a selective press. Prior to the match, Japan had managed one shot from 16 high turnovers. They managed two from six against Spain, including that all important first goal:

With 17.7% of the ball, Japan won a World Cup game with the lowest possession figure in recorded tournament history. The win means Japan are through to their second straight knockout stage for the first time in their history after topping their group for the first time since hosting 20 years ago. And what a group it was to top.