How a Two-Pitch Starter Managed to Earn a Six-Year, $162 Million Contract From the Yankees | The Analyst 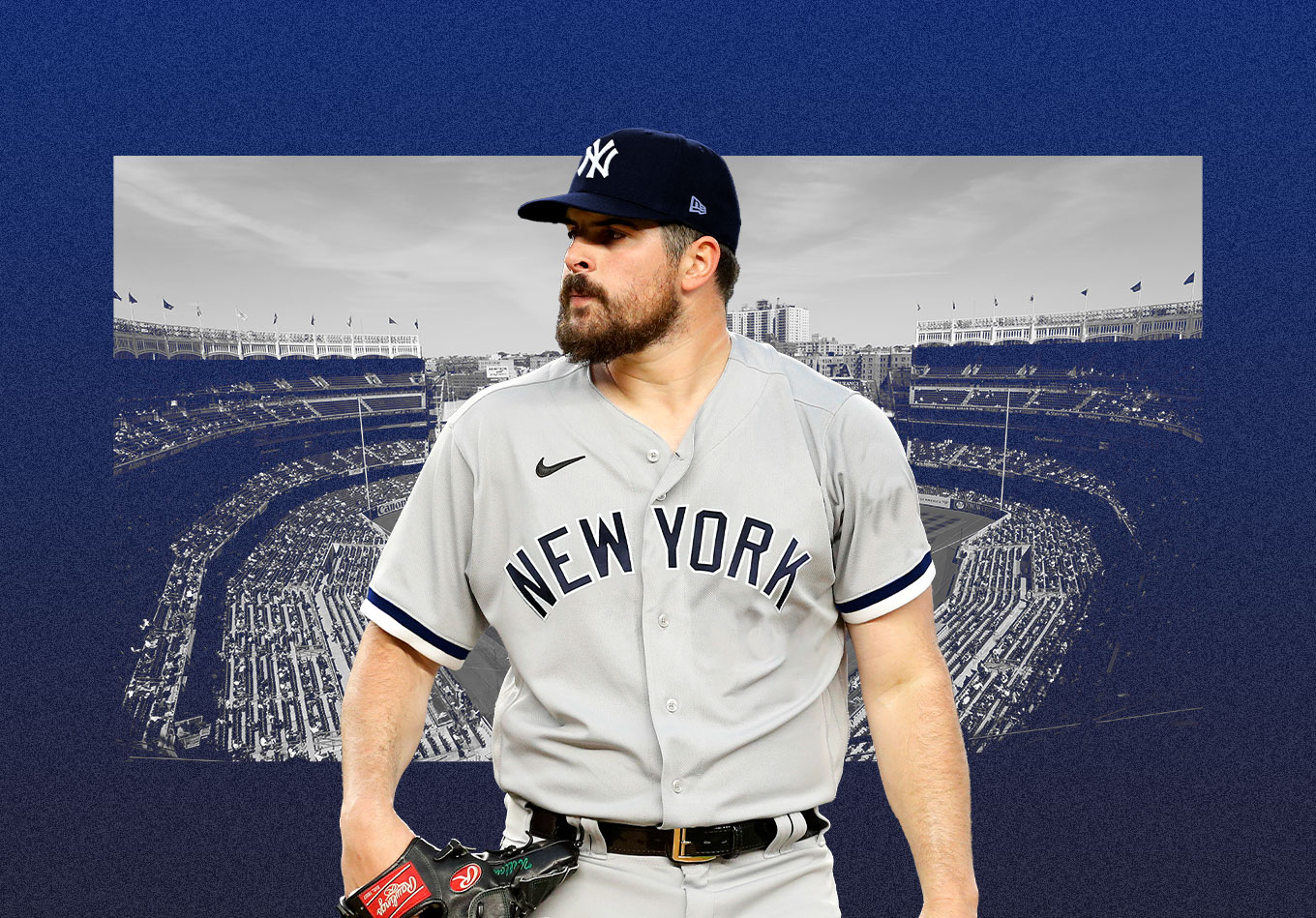 For years, we have all believed that two-pitch starting pitchers would have a hard time succeeding in MLB.

It’s true for the most part, but that doesn’t mean there aren’t exceptions to the rule.

For a pitcher to consistently get major league hitters out with just two offerings, he would need to have elite command and the two pitches in question need to be utterly dominant.

Carlos Rodón reached this level of dominance in 2021 and confirmed his breakout in 2022, cementing his place as a true ace and the ambassador of two-pitch hurlers over this two-year stretch before becoming a free agent.

Rodón’s phenomenal 2022 earned him a six-year deal worth $162 million with a full no-trade clause from the New York Yankees. He strengthens a starting rotation in the Bronx that lost Jameson Taillon in free agency but still has Gerrit Cole, Luis Severino, Nestor Cortes Jr., Frankie Montas and Domingo German.

This past season, the two-time All-Star posted a 2.88 ERA and an incredible 2.31 FIP in 178 innings. His inning total was a huge step forward after he had totaled 365.0 over his previous five seasons due to injury.

He finished with 237 strikeouts against just 52 walks last year, toying with the opposition and positioning himself for a large payday. Just for reference, he had broken out in 2021 with a 2.37 ERA and 185 punchouts in 132.2 frames.

How did he do it? How did he go from being a pitcher with an ERA in the 4.00s to such a dominant force on the mound? It all starts and ends with his fastball.

It is not just velocity, though. His four-seam fastball ranked 17th in the majors in spin rate among those who threw the pitch at least 1,000 times last season. And its ride gives him lots of swings and misses at the upper part of the zone.

For years, Rodón enjoyed relatively good health in the last two seasons (besides an arm-related scare around the end of the 2021 campaign) and that allowed him to take off.

Other situations and adjustments fueled his breakout, though. According to FanGraphs’ Jay Jaffe, being non-tendered by the Chicago White Sox in the offseason before 2021 motivated him to take better care of his diet and his body. He later returned on a one-year, $3 million pact and went to work with pitching coach Ethan Katz to clean up his mechanics.

“My direction to home plate hasn’t been good in a while,” said Rodón, who started keeping his back foot grounded on the rubber, told the Chicago Sun-Times in March 2021.

He explained that when he drove off his left toe instead of the back of his foot, he landed on the right big toe of his other foot and that led to throwing across his body. That’s the famous “crossfire” delivery, as he said his stride to home was really short and closed off toward the plate.

The left-hander was basically adopting some bad habits to compensate for some of his injuries. Being healthy and fixing his mechanics led to the uptick in velocity ahead of the 2021 season.

As you can imagine, throwing a 91-mph heater is not the same as throwing a 96-mph one. He started striking people out with that incredible fastball and a great slider, occasionally mixing in a curveball or a changeup.

His approach is not that complicated, but incredibly effective. He threw his four-seam fastball 61.2% of the time in 2022, and his slider 31.0% of the time. At 5.8% and 2.0%, his curveball and changeup were only used sparingly.

When ahead in the count, Rodón likes to use a lot of sliders (40.6%, compared to 50.6% fastballs); but when behind, the split is 77.9% to 17.3% in favor of the heater. Evidently, he trusts the four-seamer and his command of it when he needs to come back in the count. He ended up with a 105 command+, which measures how good a pitcher is at putting a pitch where he wants, on his four-seamer. That’s above the league average and by far the highest mark for any pitch in his repertoire.

And he likes to finish batters off with his go-to breaking pitch. The formula is simple: attack the high part of the zone with fastballs and use the slider down and away to lefties and down and in to righties (think Randy Johnson’s devastating back-foot slider).

He was brilliant with this approach in 2021, and even better in 2022 with the San Francisco Giants. How brilliant? Well, let’s go to the advanced stats for a clearer picture.

Raw value, or RV-, allows us to examine a pitcher’s performance on a per-pitch basis, rather than just looking at the result of an at-bat. This is a much more accurate way to measure how good a hurler is at hitting his spots, missing bats, earning called strikes, avoiding loud contact, and other situations/events.

RV comes in two forms: total RV, and RV- (for hitters, it’s RV+). Pitchers get credit (or are penalized, depending on the case) after every pitch is thrown, depending on pitch velocity, location, intent, whether it induced a whiff or bad contact, etc. The total accumulation of that calculation is his total raw value.

RV- is the rate version of that metric, helping us assess a pitcher’s performance relative to league average. For RV-, 100 is considered league-average performance and anything below that is considered better for hurlers.

Rodón ranked eighth among qualified starters in all MLB in total RV at minus-23.9 (remember, lower is better for pitchers), ahead of Max Scherzer, Julio Urias, Yu Darvish, Joe Musgrove, Zack Wheeler, Alek Manoah and other aces. When it comes to RV-, he was seventh at 72.0 (comfortably above the MLB average). His fastball was fifth in MLB in total RV accrued at -15.9.

Speaking of his fastball, it was incredibly good at missing bats. Heaters don’t usually induce as many swings and misses as breaking pitches, but Rodón does not have an ordinary fastball.

His heater had a 159 whiff+, which uses information on the league average pitch type for that season to try to determine the rate at which a pitcher generates swings and misses. Again, 100 is average, but in this case, higher is better: Rodón’s 159 whiff+ with his fastball was elite and if you were wondering about his whiff+ as a whole (with all of his offerings), it ranked second in the majors at 137.

The Yankees certainly didn’t have a lefty with Rodón’s profile in the rotation. Cole is a fellow whiff+ artist, but he’s right-handed. And Cortes is a different type of pitcher than Rodón.

As a team, the Bombers still have many holes to fill in the lineup. But after finishing fourth in our RV rankings in starting pitching last season, their rotation is looking even better heading into 2023.