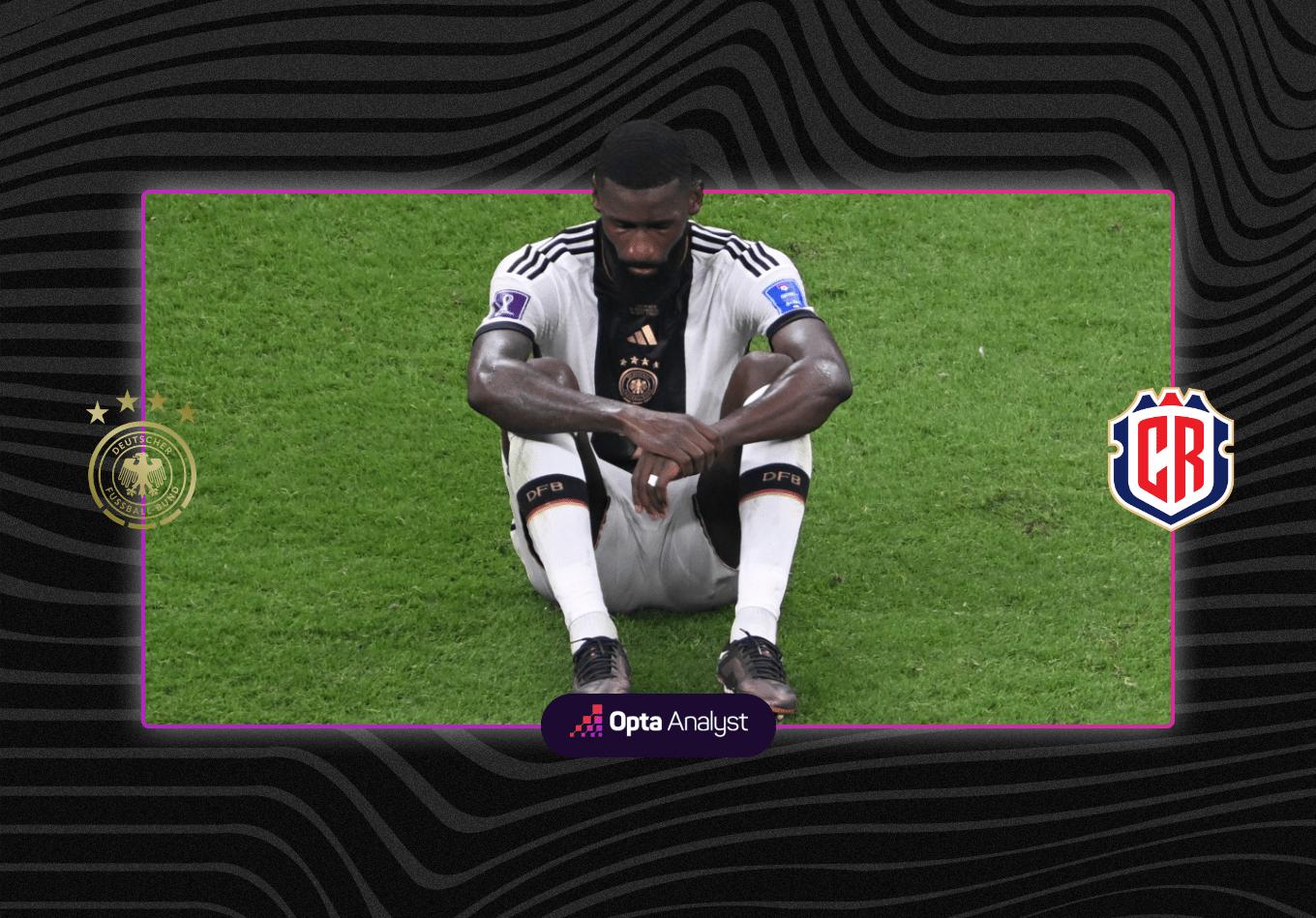 Wow! Where to start? For three minutes and six seconds of this match, Costa Rica were defeating Germany at the same time as Japan were leading Spain. This would have seen both Germany and Spain exit the 2022 World Cup at the group stage, and against all odds, Costa Rica and Japan advance to the round of 16.

Alas, it wasn’t to be for the Costa Ricans. Or Germany, as it turned out.

Three German goals in the final 18 minutes only ending up breaking Costa Rican hearts, but it didn’t save the Germans from the embarrassment of being knocked out of the group stage for a second successive World Cup. Before 2018, they’d made it through the first-round group stage in 16 successive tournaments.

In the end, Germany’s win on the night was dominant – their xG total of 6.08 was the highest by a team in a World Cup game at this tournament, and higher than Netherlands and USA combined across their six games (4.98). They attempted 32 shots and had 70 touches in the opposition box, both also the highest totals by a team at this World Cup – 24 of those touches were by Jamal Musiala, which is also a record for a single player in recorded history. But it was all in vain, with Spain’s defeat to Japan being confirmed with three minutes of injury time left in this game and sending Germany home.

It seems very probable that this was the last time we’ll see Manuel Neuer on the pitch in a World Cup match. It was a night that he broke a World Cup record by making his 19th appearance in the competition – taking him past Brazilian Cláudio Taffarel and fellow German Sepp Maier as the goalkeeper with the most World Cup games played. Despite that, it won’t be a night that provides him with a positive memory.

Yeltsin Tejeda’s goal with 58 minutes gone came completely against the run of play. Considering how unlikely it was that Costa Rica were going to score following their first-half performance, Tejeda was an even more unlikely source:  this was his first goal in his 76th cap for his nation. Even the scorer of their second goal – Juan Pablo Vargas – had only previously scored once in nearly six years of being a senior international.

This was a match officiated by French referee Stéphanie Frappart – the first female to take charge of a men’s FIFA World Cup match, 92 years, four months and 18 days after the first matches in World Cup history back in 1930. She was joined by two female assistant referees; Neuza Back and Karen Diaz Medina, to complete a historic night in Al Khor.