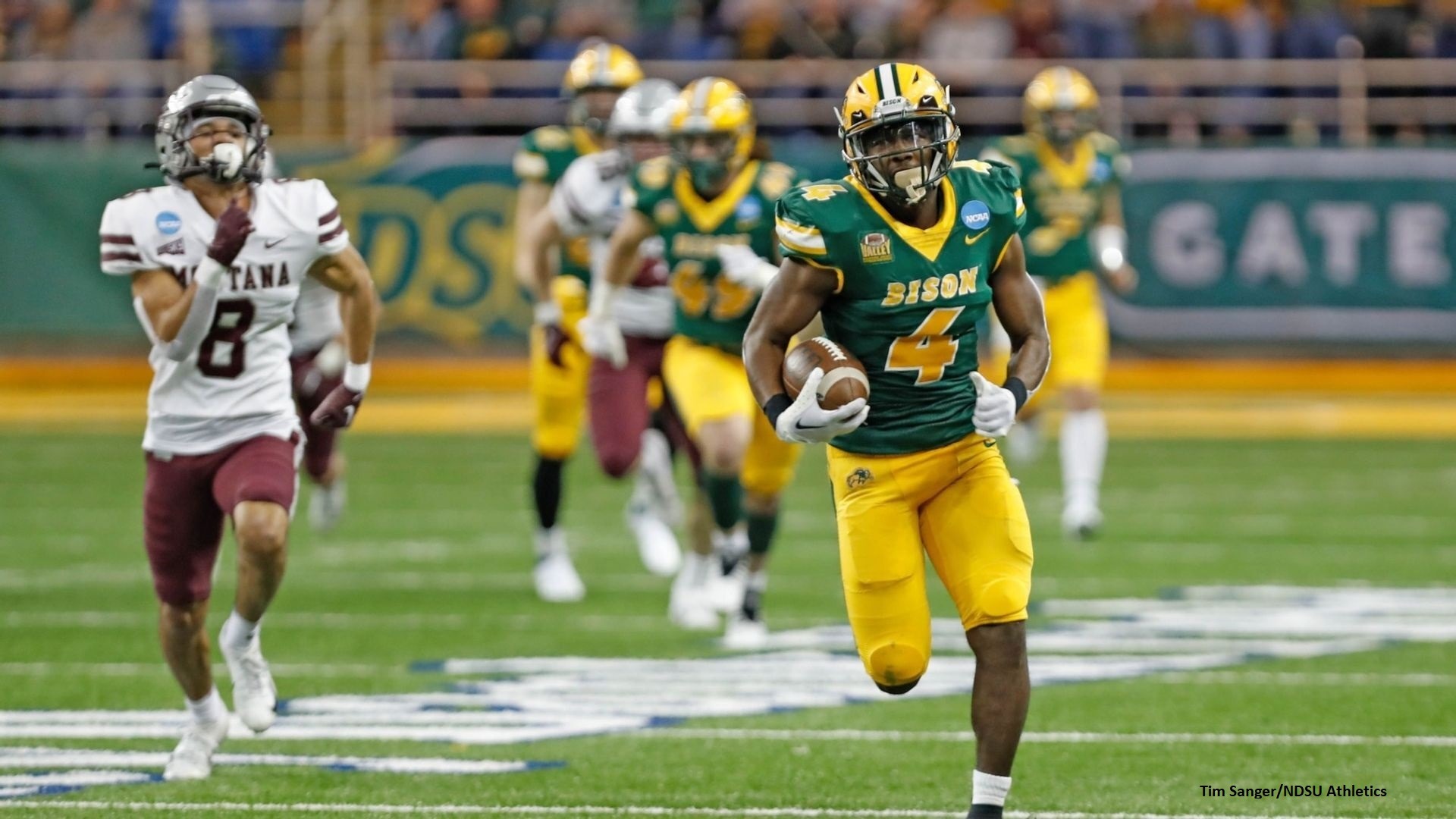 A strong case can be made for an upset in three of the four FCS quarterfinals this weekend, but a Samford win at North Dakota State Friday night would surely be one of the bigger surprises in the 45-year playoff history.

NDSU, the defending FCS champion and a winner of nine national titles since 2011, is appearing in a national quarterfinal for the 13th consecutive season. Samford has reached the final eight for the second time, and it’s been 31 years since the first appearance.

Following is a capsule preview of the Samford-NDSU quarterfinal:

Notable – Hiers, the Southern Conference’s offensive player of the year, has been plagued by a wrist injury recently, but freshman QB Quincy Crittendon came of the bench to rack up 408 yards of total offense and five touchdowns in a second-round win over Southeastern Louisiana. WRs Kendall Watson (80 receptions, 961 yards, 10 TDs) and Chandler Smith (94-951-10) are both nearing 1,000 receiving yards. NDSU has yet to allow 200 passing yards to an FCS opponent this season. Offensively, the Missouri Valley power has surpassed 500 offensive yards in two consecutive games, while Samford has allowed over 500 yards in three straight games. RBs Kobe Johnson (206 yards, two TDs in second round against Montana) and TaMerik Williams will share the workload with All-America FB Hunter Luepke ruled out for the remainder of the season by a shoulder injury. The Bison are 42-3 (.933) all-time in the FCS playoffs, including 32-1 inside the Fargodome, and Samford is 3-5 in six playoff appearances.

Up Next – The winner will play either No. 2 seed Sacramento State or No. 7 seed UIW in a national semifinal on Dec. 16 or 17.