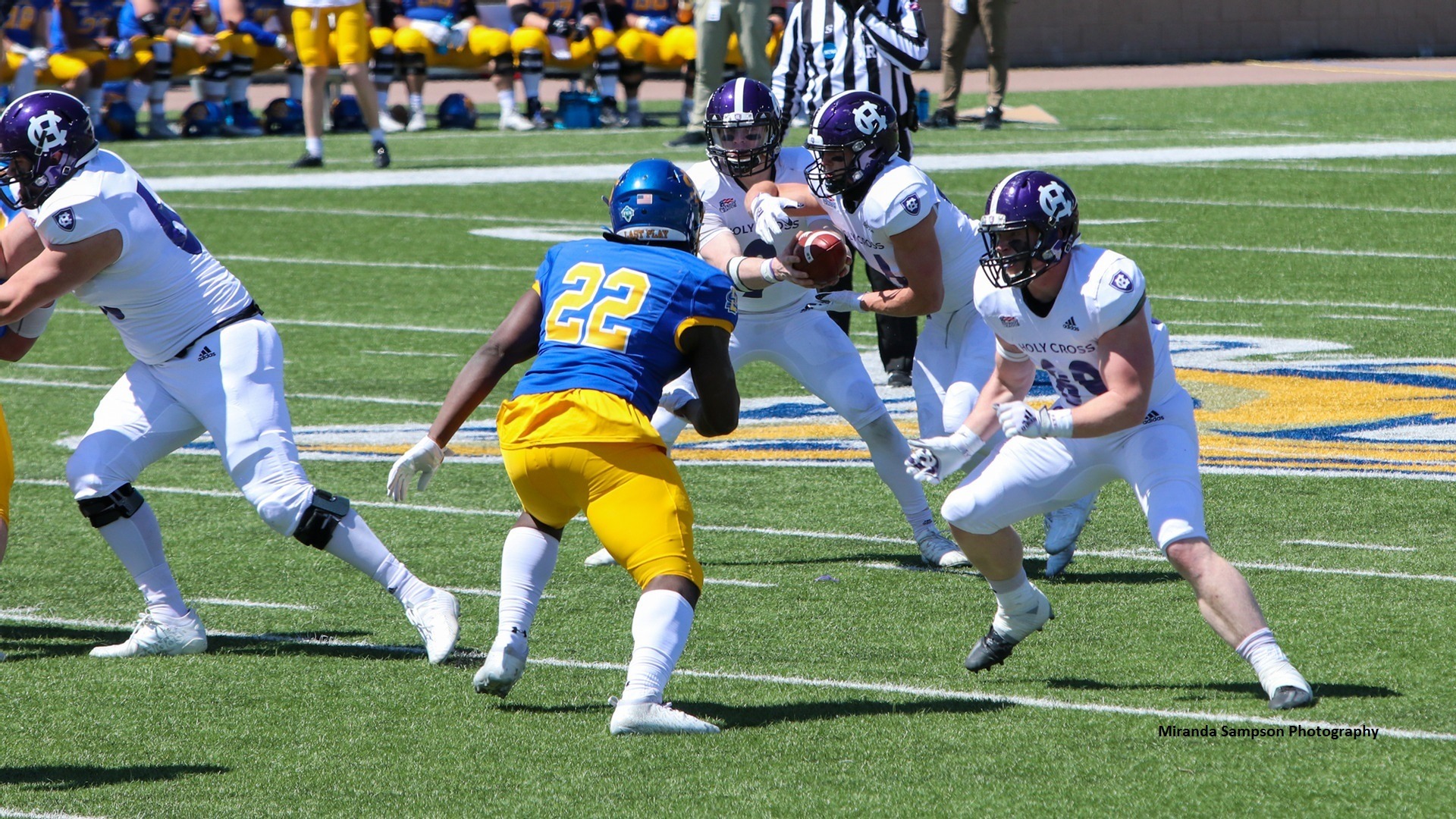 Holy Cross posted its single-season record with a 12th win last week, and South Dakota State is eager to do the same thing this week.

The top-seeded Jackrabbits can only do so by going through the unbeaten No. 8 seed in an FCS playoff quarterfinal on Saturday. It’s a matchup of conference champions that have similar styles: physical, run-oriented and defensive-strong.

Following is a capsule preview of the Holy Cross-SDSU quarterfinal:

Notable – Coming off a win over Delaware, Missouri Valley champ SDSU seeks to make it two straight over opponents it defeated during a national runner-up finish in spring 2021. The Jackrabbits rank second in the FCS in yards allowed per game (246.9) and third in points allowed per game (14.8). Davis has 100+ rushing yards in six of his nine career playoff games, and Gronowski has a full complement of receivers with the Janke twins, Jadon and Jaxon, on the perimeter, and TEs Tucker Kraft and Zach Heins on the interior (the quartet has caught 17 of their QB’s 19 TD passes). While the ‘Rabbits are a healthy +12 in turnover margin, Holy Cross leads the FCS at +18. In the secondary, Walter Reynolds (five interceptions), Devin Haskins (four) and John Smith (13 in career) are thieves. Sluka is coming off his 10th career game with 100+ rushing yards, and Oliver had a career-high 175 yards in the win over New Hampshire. The four-time reigning Patriot League champion has blocked eight kicks (tied for the second-most in the FCS).