Canada vs Morocco: Prediction and Preview | The Analyst 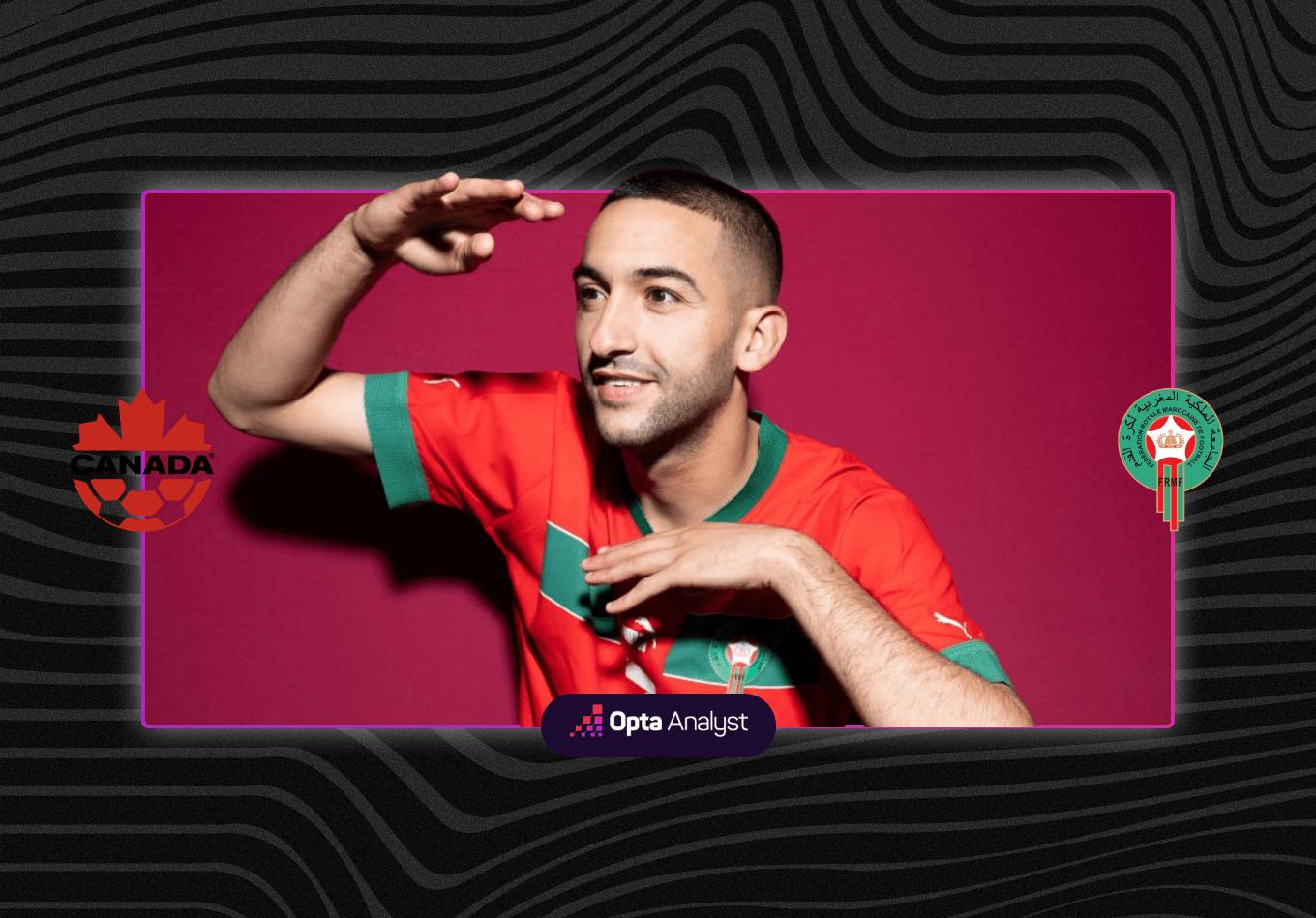 Canada vs. Morocco: Prediction and Preview

Morocco have four points from two games and have exceeded expectations so far, but Walid Regragui says they must not throw it all away now.

Morocco boss Walid Regragui warned his team are “ready to die for it” as they look to secure a last-16 spot at the World Cup and send a Group F heavyweight home.

The Atlas Lions are on the brink of the second round after holding Croatia to a goalless draw and topping that result with a 2-0 victory against Belgium. They have recorded successive clean sheets in a World Cup for the first time since 1986, the only past finals where they went past the group stage.

Their third game in Qatar comes on Thursday against Canada, who cannot go any further after failing to pick up a point so far. Morocco may be able to qualify for the knockout phase even if they lose, such is their strong position.

Belgium, ranked second in the world, sit third in the group on three points, behind Morocco and Croatia who each have four. Croatia, the 2018 World Cup runners-up, will tackle Belgium at the Ahmad bin Ali Stadium, while Morocco and Canada do battle at the Al Thumama Stadium.

Regragui said his team “haven’t done anything yet” and he emerged with a host of injury worries after the Belgium game, with star defenders Achraf Hakimi and Romain Saiss among his concerns.

However, the coach has no doubt over the collective will of his group.

“They’re ready to die for it. That’s the spirit I want to tell you about, they don’t want to be benched,” he said.

“We will face a hard team. They have been warning us a lot about Canada, so don’t say that Canada is easy now. Canada are a great team, and we must respect them, so we can get a good result. The World Cup is not easy. We must fight towards the last minute, so that we can win.”

Canada coach John Herdman has described his team’s final outing at this World Cup as “a huge game”. They were edged out 1-0 by Belgium before being picked apart 4-1 by Croatia, with the focus now on returning home with a consolation victory, which would be the country’s first on the World Cup stage.

“We came here to make history,” said Herdman. “This last game is about getting a result and winning for Canada, and really making this country believe that we’re in the right direction for 2026.”

Morocco have not lost in three previous meetings with Canada in all competitions (W2 D1), most recently enjoying a 4-0 friendly win in October 2016.

After missing a penalty against Belgium, the Bayern Munich full-back made a swift impact in the Croatia game by scoring after one minute and eight seconds, giving Canada their first goal in a World Cup. He was typically dynamic and created two chances for others. Davies leads all Canada players for total ball carry distance (473 metres) and chances created (5) so far in the tournament.

Captain Saiss made 11 clearances out of a team total of 21 against Belgium and made a tremendous nuisance of himself at Morocco’s attacking free-kicks, getting a flick to Abdelhamid Sabiri’s delivery to put the underdogs in front. He also won four out of four aerial duels, leading by impressive example.

Our supercomputer gives Morocco a 46.5% chance of taking three points from this one, with the draw rated a 26.2% shot. A Canada win should not be entirely written off though. Herdman’s side were impressive in getting through to the World Cup and will want to show a final flourish, with their prospects of a win rated at 27.3%.