Brazil vs. Cameroon : Prediction and Preview | The Analyst 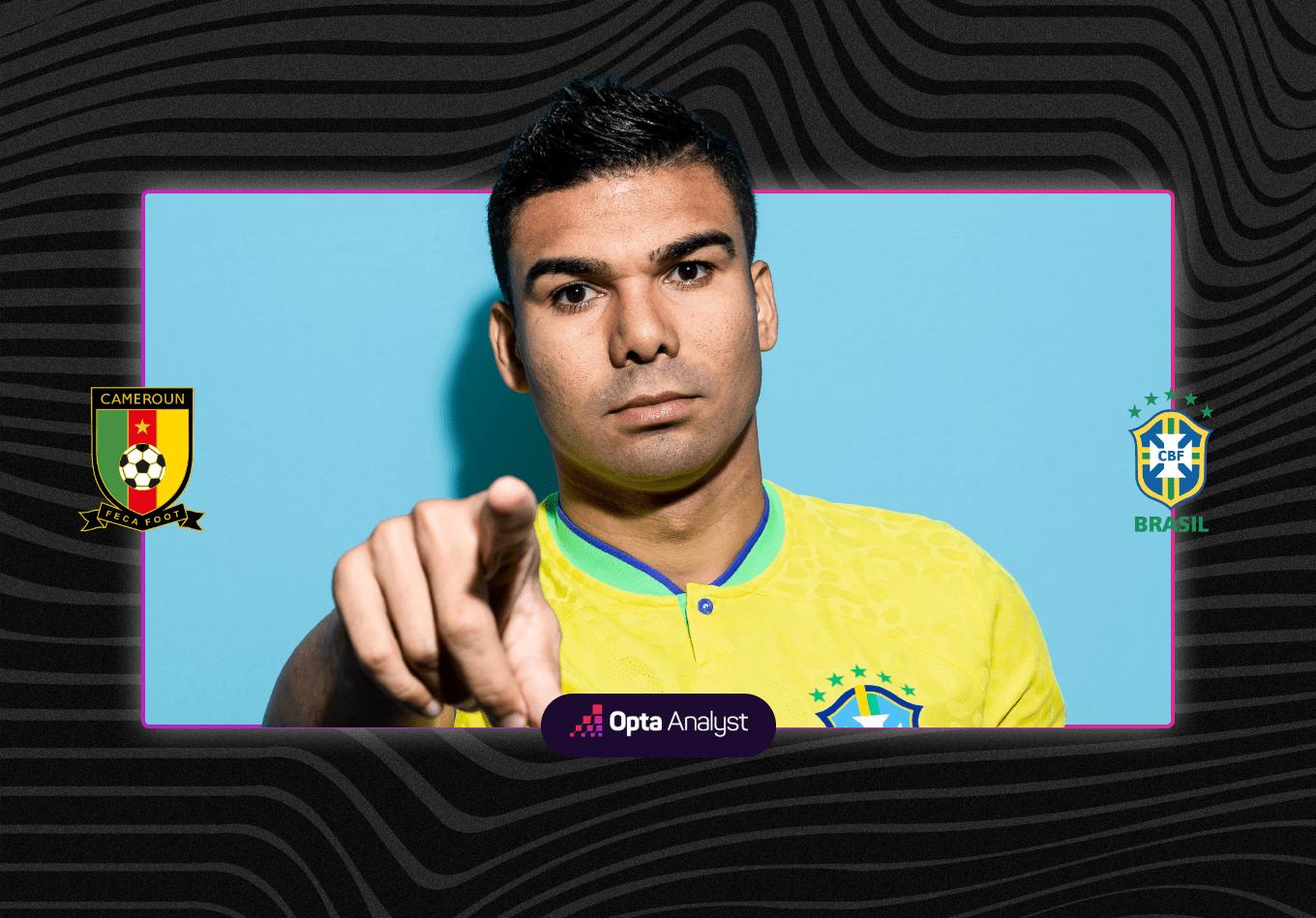 We preview the 2022 World Cup match between Brazil and Cameroon, including our pre-match prediction for each team’s final game in Group G.

Tite will rotate his Brazil squad for their final Group G match, but opponents Cameroon still face an uphill battle to make the last 16 of the World Cup. Brazil are already through to the knockout stage and will top the pool unless they lose and Switzerland win with a significant goal swing.

Opponents Cameroon have plenty still to play for, on the other hand, as they must win to have any hope of reaching the second round for the first time since 1990. They have never won their final group game at a finals, however, while Brazil are unbeaten at this stage in a record 17 matches.

Make three predictions on Brazil vs Cameroon to win $500

And the Selecao have their own goals in mind, looking to take nine points from a possible nine for the first time since 2006.

“Being first is always the goal, regardless of who the opponent is in the next match,” said Fabinho, one of the men set to come into the XI. “Our focus is always to win the games, try to earn nine points and give our best.

“Whoever will play will have the opportunity to wear the shirt of the Brazilian national team in a World Cup, so the thought of a winning team has to always be this, to enter, give the best, win and be the first.”

Tite’s first-choice stars have set a high standard, winning both games without conceding or even facing a single shot on target. They are the first team not to face a shot on target in their first two games at a World Cup since France in 1998.

“Personally, I don’t think [maintaining the standard] brings pressure to us,” added Fabinho. “I think playing in a World Cup is every player’s dream. It’s a once-in-a-lifetime thing.

“We have to face this with great joy, knowing the responsibility, come in and give our best. We know the way the team plays, the team is solid defensively.

“Sure, you have the worries of keeping that, the ideas, but I don’t think it adds pressure. We don’t feel that.”

Cameroon have lost only two World Cup matches to South American teams, but both have been in their two meetings with Brazil, who have won all seven of their finals clashes with African opposition, scoring 20 goals and conceding just two.

Aboubakar has twice appeared from the bench, yet he could hardly have done more to earn a starting berth. Against Serbia, he became the first substitute to both score and assist a goal in a World Cup match for an African nation, bringing Cameroon back from 3-1 down to 3-3 within 11 minutes of his introduction.

The Selecão may not need to risk playing Vinícius with Neymar already injured, but it must be tough not to pick a man in this form. Only Kylian Mbappé (23) was involved in more open-play sequences that ended with a shot than the winger (15) through two matchdays. Only Mbappé and Ismaila Sarr (four) created more chances following a carry (three).

Even with the potential for changes in the Brazil XI, the supercomputer has no doubts about this one. Tite’s men are massive 72.7% favourites.

Cameroon must win but are given only a 10.6% chance, with a draw that would confirm Brazil as group winners rated at 16.7%.