Wales vs. England: Prediction and Preview | The Analyst 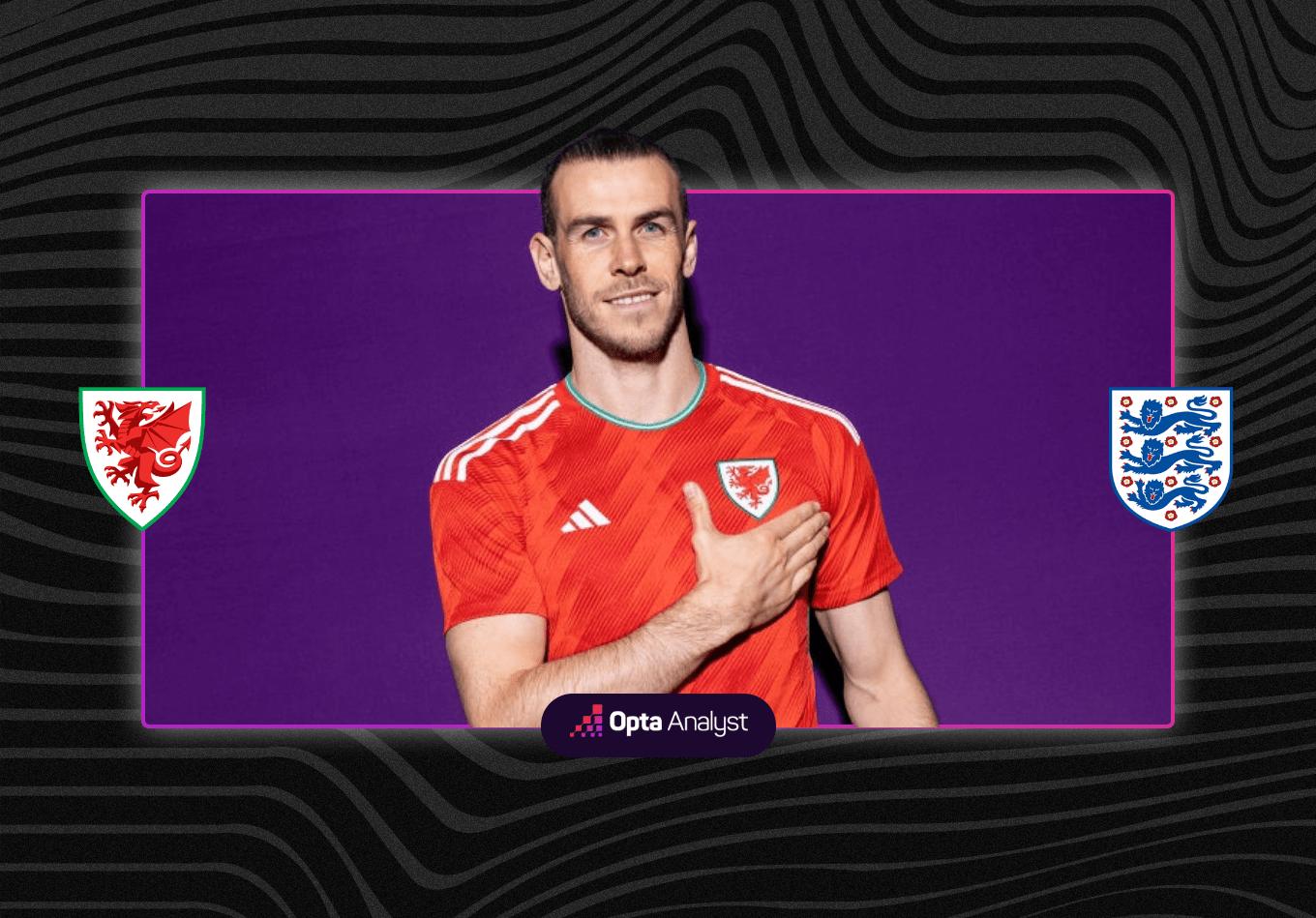 Wales vs. England: Prediction and Preview

We preview the 2022 World Cup match between Wales and England, including our pre-match prediction for each team’s final game in Group B.

Marcus Rashford shrugged off the suggestion England are too conservative under Gareth Southgate as he insisted they have a killer instinct.

England drew 0-0 with the United States on Friday, in a World Cup match that saw both teams only accumulate a combined 1.4 expected goals (xG).

The draw leaves England – 6-2 victors over Iran in their opening match – on four points at the top of Group B, meaning they only need to avoid defeat against neighbours Wales on Tuesday to guarantee qualification.

A win would confirm their place as group winners, but manager Southgate has been criticised in some quarters for his pragmatic approach.

Yet with England having reached a World Cup semi-final in 2018 and a final at the delayed Euro 2020 last year, Rashford does not believe the critics’ point stands up to scrutiny.

“We’ve shown progression, I can only speak on the time that I’ve been here, from 2016,” Rashford said in a press conference.

“You look at the performance against Iceland when we got knocked out of the Euros, it’s a million miles off where we are now, you can’t even compare them.

“We have great players, playing top football against the best opposition week in and week out, so we can’t go into games and think negatively. It’s not something the players do or the manager does. He always wants us to show people what we can do.

“We play positive football, it showed against Iran, scoring six goals. They’re a top-20 team in the world. We’ve seen the smaller nations get massive upsets in the tournament.

“So scoring those goals, it’s a big sign of what we’re about. If we can kill a team off, we’d want to do that.”

The onus will not be wholly on England at Ahmed bin Ali Stadium, with Wales needing a win to keep their qualification hopes alive.

After drawing their first game against the United States, Wales lost 2-0 to Iran last time out, meaning they must topple England to stand a chance of progressing from the group, and even a win might not be enough.

“Of course we can [beat England], we have shown time and time again when you write us off we will prove people wrong,” said Wales defender Chris Mepham.

“The picture is clear now: we have to beat England and be prepping for that. Hopefully we can be in a position where we give a good account of ourselves and see where it takes us.”

With first-choice goalkeeper Wayne Hennessey seeing red against Iran, it means Danny Ward will likely be coming into the starting XI.

Ward had a poor start to the season with Leicester City, though he gradually improved. That being said, he picked the ball out of his net twice in the short time he was on the pitch against Iran.

If Wales are to get the result they need, they will need their goalkeeper to be at his very best.

Much has been made of Southgate’s decision to leave Manchester City attacker Phil Foden on the bench against the USA.

While Foden is not guaranteed to play, Southgate might be wise to hand the youngster a start to exploit the space that might be left given Wales are going to have to go for the win.

This is England’s first World Cup match against a fellow British side. The Three Lions are unbeaten in all three games against other British teams at the Euros (W1 D1 vs Scotland, W1 vs Wales), and our model has them as the favourites for this one.