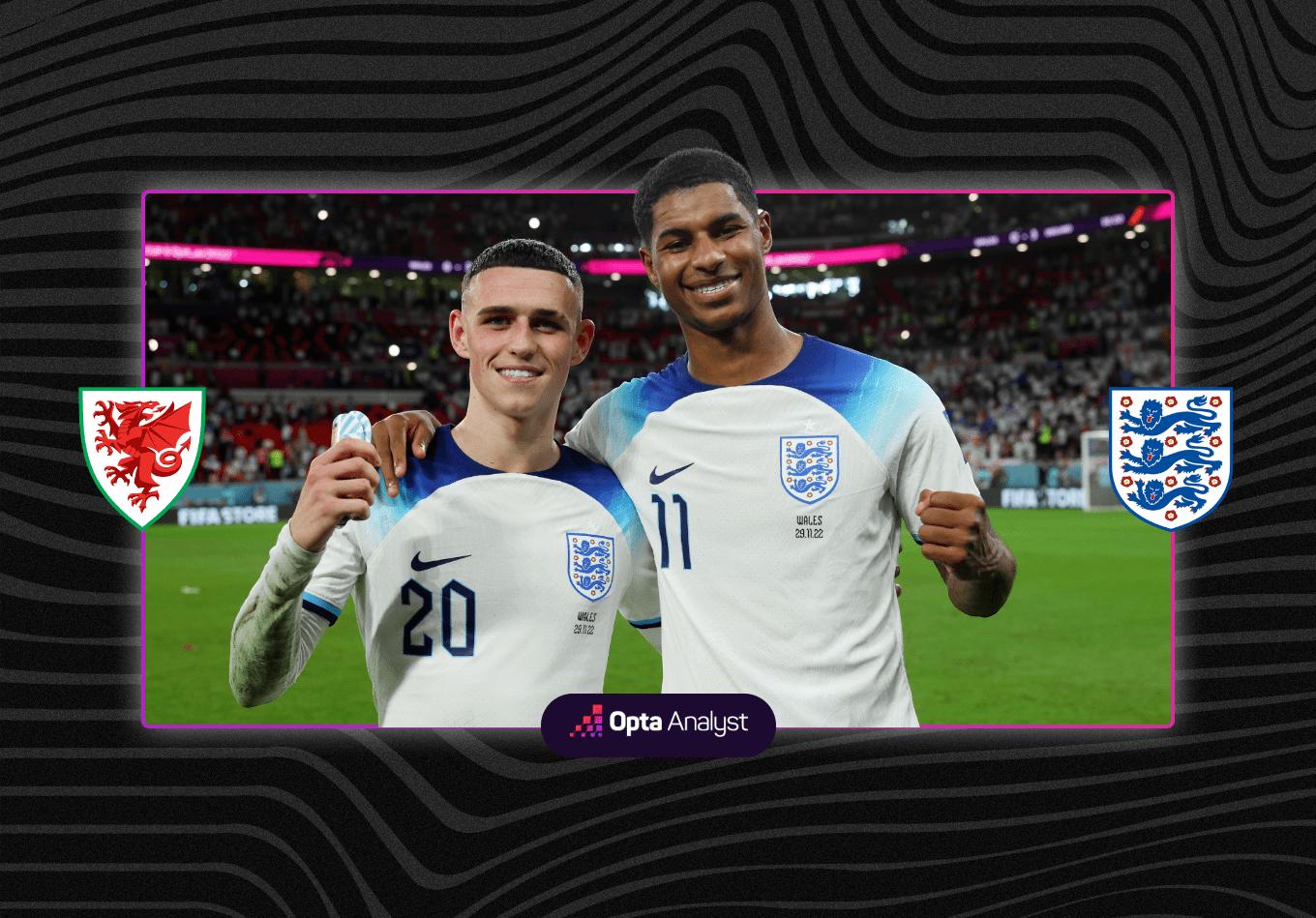 After England and the Republic of Ireland played out a 1-1 draw at the 1990 World Cup, an Italian newspaper ran the headline “No football, please, we’re British”, so all eyes were trained on England and Wales tonight to see if they could serve up a game of football that could satisfyingly entertain the watching world. Hopes were raised when Gareth Southgate finally selected Phil Foden in a shuffled XI, while the rumours that Wales might drop Gareth Bale and Aaron Ramsey proved to be just that.

The first big chance of the game came in the 10th minute when Harry Kane slipped in another England man elevated from the bench, Marcus Rashford. He tried to lift the ball over Danny Ward, only for the Leicester man to make a smart smother. Missing the Premier League? This was pure Barclays. Was it going to be that sort of game for Rashford? Not quite.

The game progressed at a familiar pace, with Wales defending like a committed side playing a big fourth round Rumbelows Cup tie and England labouring to open them up. On 30 minutes pulses soared as Harry Maguire slalomed forward, only to hit one of the hardest-hit crosses humanity has ever witnessed. England were sitting on 75% possession, Foden fired over, Rashford shinned a bicycle kick wide, England forced some corners. It wasn’t the greatest half of football but it was nonetheless a few levels above sterile.

What would the second half bring? How about two goals in one minute and 36 seconds? The opener came when Marcus Rashford knuckled home a direct free-kick, the first scored at the 2022 World Cup and the first in any World Cup game since Kieran Tripper unleashed hubris in the 2018 semi-final. But there was no hubris for England in this game as within two minutes they scored again, Phil Foden slotting home from Harry Kane’s no-look pass. It was Kane’s third assist of the World Cup so far, the England captain already halfway to Pele’s total of six in 1970. Meanwhile, Foden is England’s sixth different scorer already at the 2022 World Cup, at no other tournament have they had a bigger spread.

Understandably Wales were reeling after a textbook double salvo. Rob Page had substituted Gareth Bale at half-time but it was the spectre of that Iran defeat that hung over them, much more than England going up a few gears. Rashford added a third in the 68th minute, running onto a ball from Euro 2020’s Kalvin Phillips and scoring, for him, a rare left-footed goal, which also counted as England’s 100th in World Cup finals history.

Rashford, born in 1997, is not exactly a veteran, but thanks to Foden, Bukayo Saka and Jude Bellingham, England now have three goalscorers at this World Cup born in 2000 or later. This edition of the biggest sporting event on the planet seems to be a battle between teams in a marriage of convenience with veteran stars, hoping to eke out a few more moments of magic, and those who can see a new, potentially golden, generation coming through. England’s fate in this World Cup remains to be seen, but Wales exit with the knowledge that their gilded era has passed. Gareth Bale managed just one successful pass in this game, which sees him confusingly marooned as a left-back in the passing network graphic below. That’s the position Bale played when he first announced himself at football’s highest level so, in a way, it’s a neat conclusion to his tournament career.

England advance to play Senegal on Sunday in what will be only their second knockout game against an African opponent, after the extremely fortunate 3-2 victory over Cameroon in 1990. Tournament football; you simply can’t beat it.