Wales 0-2 Iran: Iran in Pole Position for Last 16 After Late Double | The Analyst 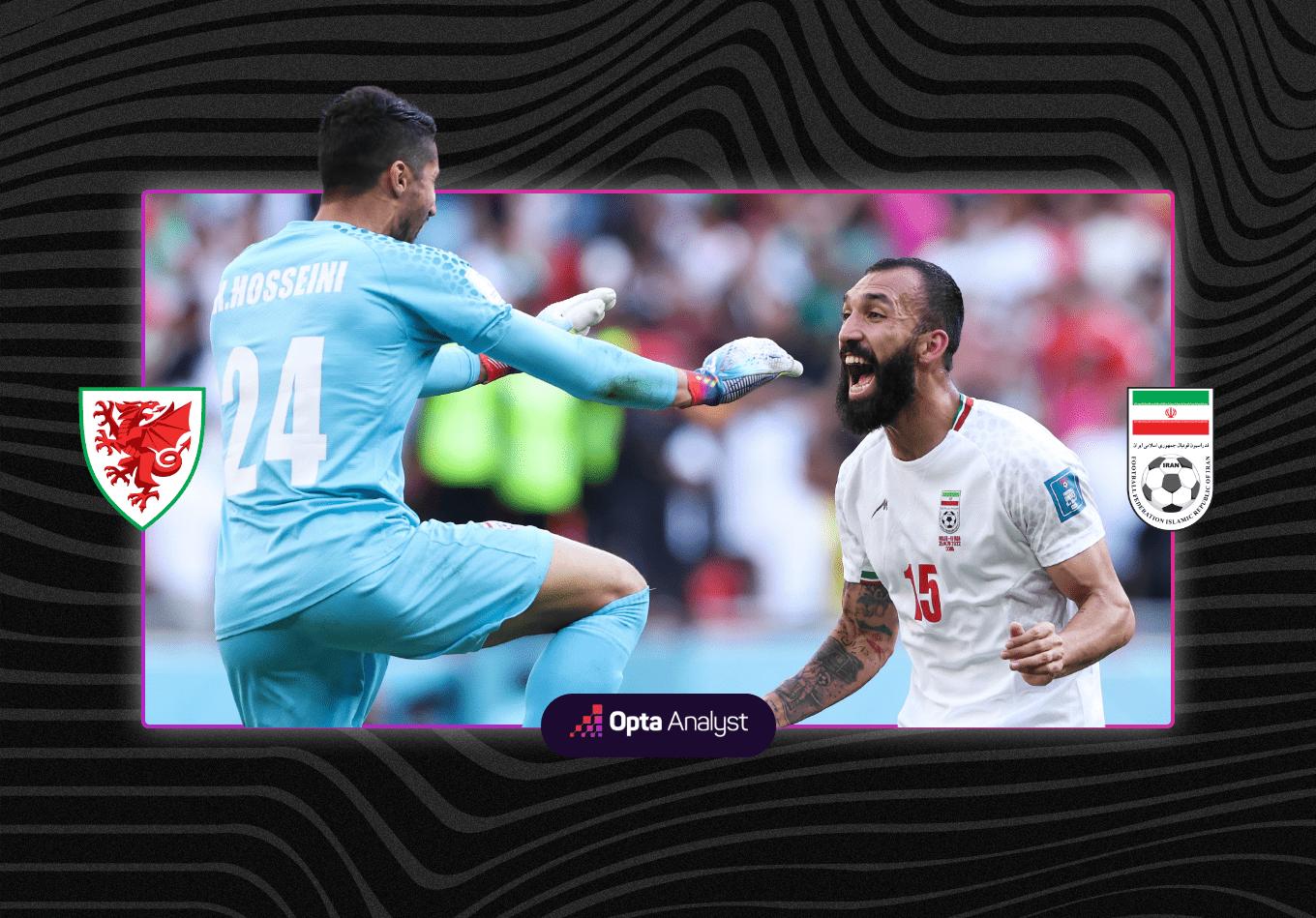 The pressure that has been brought to bear on this Iranian team at the 2022 World Cup was released with two goals deep into this excellent match.

Wales offered plenty of huff and puff but at no point did any house look like being blown down. In truth, it seemed they were so scared to lose that they forfeited the opportunity to win.

Following some top saves from Wayne Hennessey in the second half – making crucial stops from both Saeid Ezatolahi and Sardar Azmoun, which followed Iran hitting both posts in the space of nine seconds – the Welsh goalkeeper became the first player to receive a red card at the 2022 tournament.

In fact, Hennessey is only the third goalkeeper ever to get a red card at the World Cup, after Itumeleng Khune for South Africa versus Uruguay in 2010 and Gianluca Pagliuca for Italy against Norway in 1994.

Gareth Bale – making a record 110th international appearance for the men’s Welsh national team – was the player that many were looking to provide the spark. Unfortunately for Wales, that spark failed to ignite, and he finished the match with just 36 touches of the ball – quite a bit below his per 90 average in qualifying for these finals (50) and fewer than any other outfield player on the pitch to play the whole game.

In their opening game against the United States, Wales looked a different side after half-time – with the introduction of Kieffer Moore changing the game in their favour. The opposite could be said today, with Wales losing control of the game in the second half and mustering just one shot on target.

Excluding extra time, Iran are the fourth team to score three goals in the 90th minute or later at a single World Cup, after Austria (1998), Netherlands (2014) and Korea Republic (2018). The first of those goals saw Roozbeh Cheshmi become the first player to score a goal from outside the box at the 2022 World Cup.

Thanks to those goals, Iran have qualification to the round of 16 in their hands. And should they play like this against the United States next week, there seems little doubt they’ll do it.