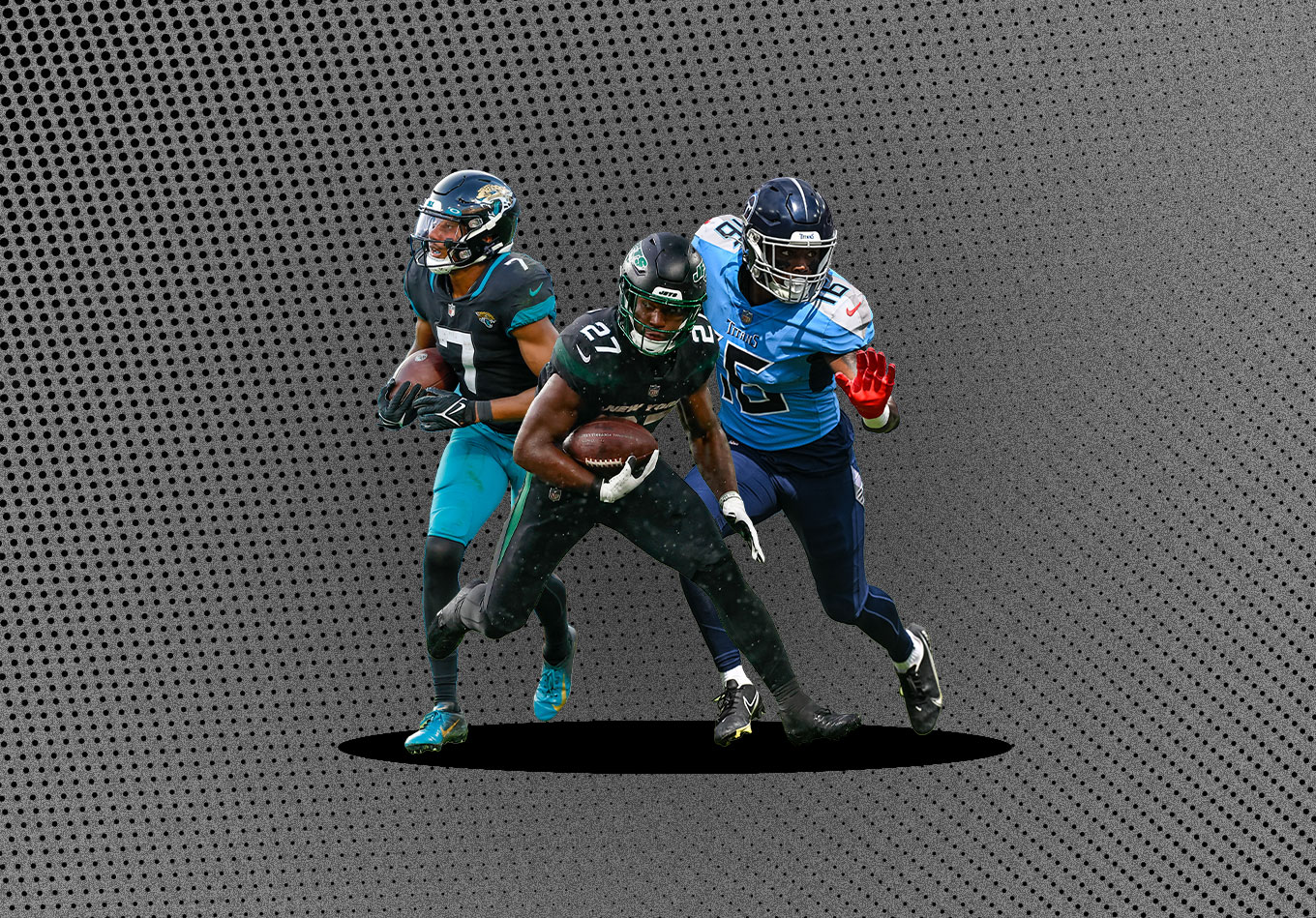 The festive season is upon us.

No, not Christmas. I am referring to the fantasy football playoffs. Maybe you don’t observe the festive fantasy football playoffs in your household, but that’s hardly by choice. Teams are quickly being eliminated from playoff contention (RIP the Los Angeles Rams’ title defense, fare thee well Denver Broncos) while others are getting a second lease on life (Las Vegas Raiders?).

It’s that time of the year when real-life playoff implications impact playing time. And of course, just like every week, we have injuries to work through. With every injury, there’s an opportunity for a player to step in and become a hot waiver wire pickup.

Travis Etienne Jr. and Najee Harris both left their respective games this week with JaMycal Hasty and Benny Snell Jr. excelling in their absence. Darnell Mooney is done for the season, but with Justin Fields also reeling with a shoulder injury, it’s hard to see how anyone coming out of that situation with promising fantasy prospects. Rams wideout Allen Robinson is also done for the season with ankle surgery on the horizon.

So given that backdrop, let’s see what the waiver wire has to offer us as we head into Week 13.

Hang your hat on Burks. Since returning from injury in Week 10, the rookie and Robert Woods are tied for the team lead with 20 targets. Burks, however, has hauled in more catches (14-10) and totaled more receiving yards (205-95) than Woods during that time. The touchdowns haven’t arrived yet but his depth of target and involvement in the passing game are trending upward.

Over the last three weeks, Burks has had three plays of 25 or more yards – tied with Nick Westbrook-Ikhine for the top spot among Titans players. His Week 12 showing was not hugely impressive in terms of production (four catches for 70 yards) but the underlying numbers are there. He ranked third in the league in depth of target among players with at least five targets.

Hollins continues to accumulate fantasy points on the back of injuries to two key Raiders. Coming off the back of two overtime wins, the Raiders are feeling pretty good about making a late-season push. They are currently 4-7 but still have the Los Angeles Chargers, Rams, New England Patriots and Pittsburgh Steelers left on the schedule.

It’s not that Hollins has suddenly improved. It’s more about Derek Carr having more opportunities to open up the passing game. In the last three weeks, Carr has seven passing touchdowns – one behind Patrick Mahomes’ league-leading eight during that time. Carr also has 850 passing yards over that span, ranking third behind Mahomes and Ryan Tannehill. Hollins has benefitted the last two games with 14 targets and 10 receptions for 115 yards and a touchdown.

Etienne Jr. missed his rookie season with a lisfranc injury and Doug Peterson said he wanted to take a cautious approach with the running back last week. Hasty was expected to see increased touches after the Jaguars traded James Robinson to the New York Jets, but couldn’t make the most of his chances.

However, this might be the launchpad he needs to convince the Jags coaching staff of more playing time. Even though Etienne appears to be good to go against the Detroit Lions on Sunday), keep an eye on this situation. With the Jaguars all but out of the postseason hunt, Hasty, who caught five passes for 67 yards and a touchdown on Sunday, could be in line for more playing time if the team decides to keep Etienne out of harm’s way.

The Rams might be the worst defending Super Bowl champions in the history of the NFL.

Matt Stafford is injured, Cooper Kupp and Robinson are done for the season and a rebuild might be coming. Relying too heavily on teams who are essentially out of playoff contention and eyeing the NFL draft is always risky. But the Rams don’t have much of an incentive to tank with no first-round picks next year.

The Rams have cycled through running backs this season. It was Cam Akers’ job until Darrell Henderson Jr. took over. Then Akers came back and Henderson got cut. Now it could be Williams’ turn after he led the Rams with 11 carries against the Kansas City Chiefs and tied Van Jefferson with a team-high three receptions.

The Seattle Seahawks, the Rams’ next opponent, have given up the fourth-most fantasy points per game (23.1) to running backs this season. The Rams are a mystery right now given their injuries, but Williams has a chance to carve out a bigger role for himself.

Jones is coming off a career day with 11 receptions for 145 yards in Sunday’s dramatic win over the Baltimore Ravens. Jones also caught the two-point try from Trevor Lawrence that put the Jags ahead 28-27 with 1:48 remaining.

Over the team’s last two games, Jones has caught 19 of his 24 targets for 213 yards. All three are better than Christian Kirk’s 21 targets, 13 receptions and 151 yards, though Kirk has two touchdowns in those contests.

The Jets looked like a new team with Mike White under center last week. And one player who benefitted from the team’s fresh start was Knight, who surprisingly led the way with 14 carries for 69 yards while also hauling in three passes for 34 yards. Michael Carter had just six carries for 21 yards and is day-to-day with a low-ankle sprain, which means Knight could be the guy once again against the Minnesota Vikings on Sunday.

Note: Elijah Moore also had a season-high 64 yards and a touchdown through the air with White at quarterback.

The Cowboys are looking unstoppable at the moment and while there’s a lot of talent to go around, this offense can accommodate that talent.

Gallup was sixth in the NFL in depth of target (16.9 yards) in Week 12 among all wide receivers with more than five targets. He also had season highs in targets (eight), receptions (six) and receiving yards (64). The Cowboys are on the rise and so is Gallup.