Tunisia 1-0 France: Depth a Despair for Deschamps | The Analyst 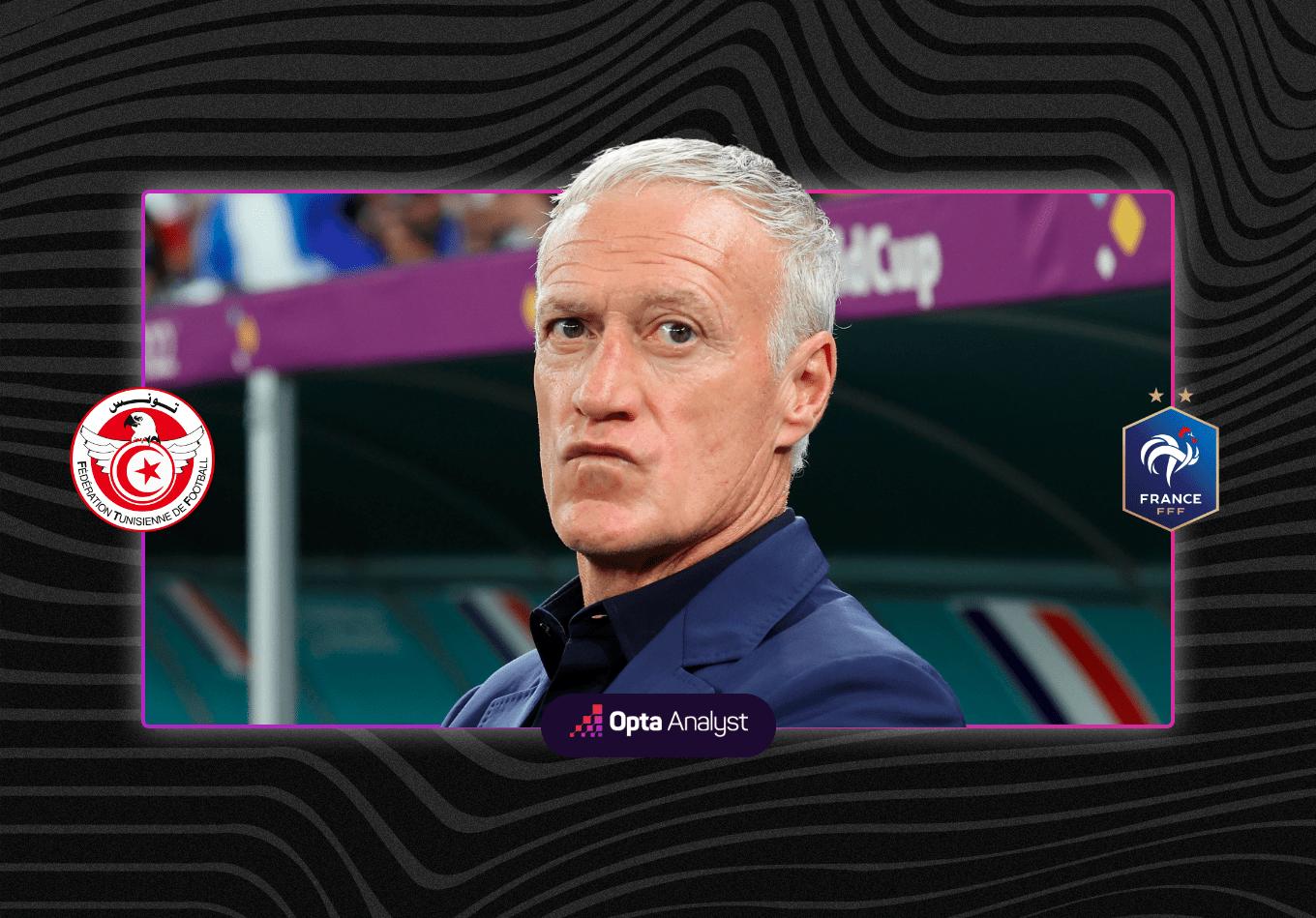 With qualification for the last 16 already secured – what was Didier Deschamps hoping to get out of this game?

Judging by the nine changes he made to the starting eleven: rest, rotation but also records. A debut for Axel Disasi, making him the first outfield player to win his first French cap in a World Cup game since 1966. Steve Mandanda also became the oldest ever player for the side, surpassing Bernard Lama’s record aged 37 years and 247 days old. And when William Saliba came off the bench, he became the 24th member of their squad to play in Qatar – setting a new men’s World Cup record for a single tournament in the process.

Instead though, Deschamps might have been hit by a different r: that of reality. There’s no doubting the quality of his starting eleven as shown in the opening two matches of their defence which had already secured their progression. But the injury-ravaged depth in his squad might seemingly become their downfall if called upon as we get deeper into the tournament.

With so many changes, a disjointed affair broke out in the first half. France lacked cohesion whilst registering just four touches in the opposition box compared to Tunisia’s nine. France mustered just two shots, neither of which were on target, their fewest in the first half of a group stage match since 1966.

Shooting and, more to the point, converting had also been an issue for Tunisia at the tournament. But at the 32nd time of asking in 2022, who else but Wahbi Khazri finally broke the deadlock for them. It was the fifth consecutive goal he had been involved in for Tunisia following his performances in 2018, whilst also becoming the first African player in World Cup history to score in three consecutive starts. More importantly, it kindled hopes of progression that had sat at just 3.8% heading into the game according to our supercomputer.

But as news of Australia’s goal swept across the Education City Stadium, Tunisia’s focus turned to defence in the hope of keeping their lead alive just in case Denmark could sneak an equaliser. They failed to register another shot throughout the course of the game, settling deeper and deeper into their shape. Even Deschamps throwing the likes of Kylian Mbappe and Antoine Griezmann into the fray didn’t see Les Bleus register a shot on target until the 82nd minute.

It looked like they may have snuck an equaliser in the closing moments, but a VAR-overruled offside against Griezmann ended France’s World Cup record match-winning streak at six, whilst it was their first defeat in the tournament since the 2014 quarter-final against Germany. Now they will wait to see who they’ll face in the last 16, but another disappointing performance like this could see their quest for back-to-back titles come to an early conclusion.