Tunisia 0-1 Australia: Battling Socceroos Are Still In This World Cup | The Analyst 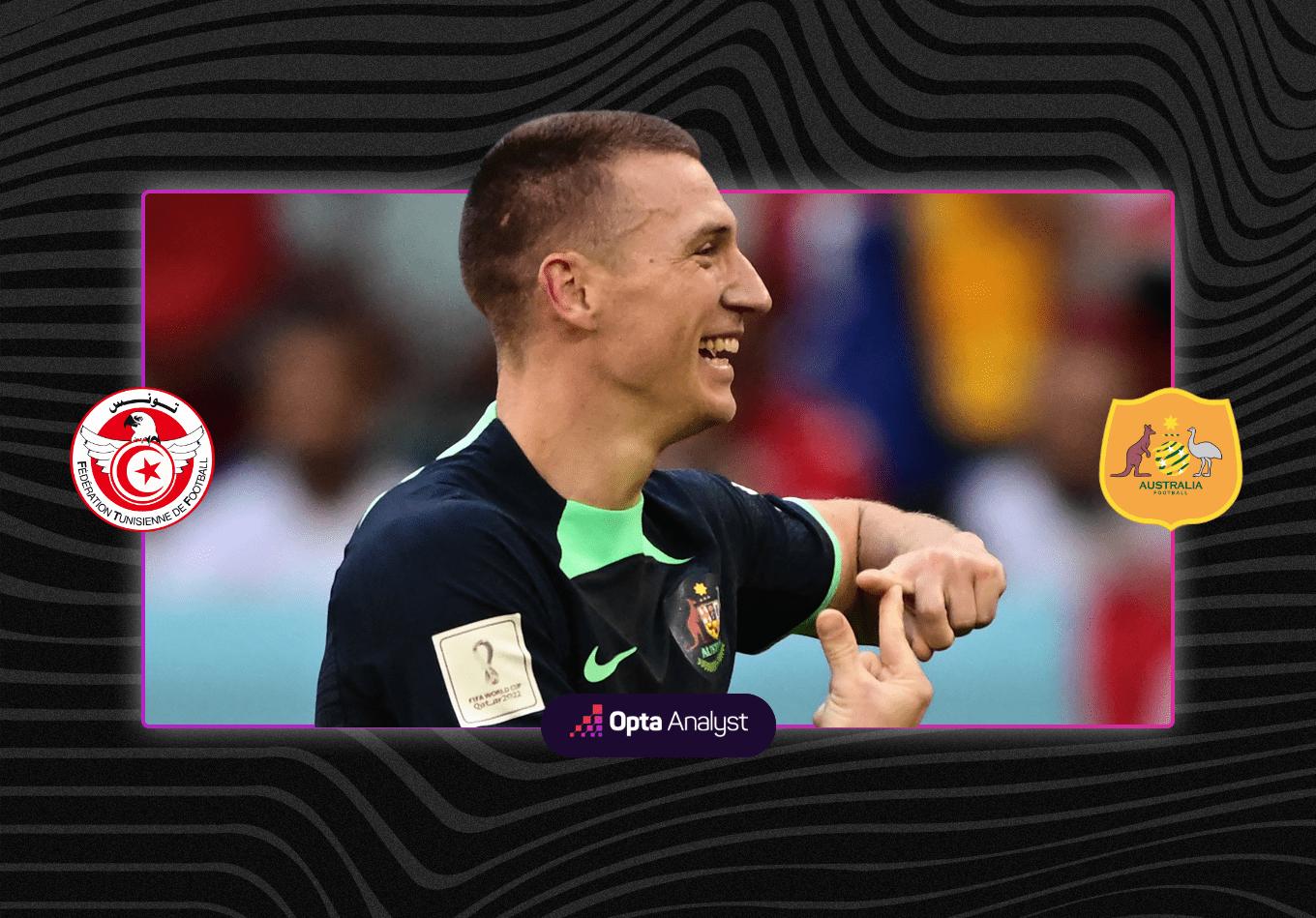 Tunisia 0-1 Australia: Battling Socceroos Are Still In This World Cup

There’s no time to relax at the 2022 World Cup. Not for fans who are faithfully consuming a high calorie diet of four games a day and not for players who know that two games into the global jamboree, there is little room for error.

After Australia lost heavily to France in their opening game, they knew that they had to do better against Tunisia — the African side once again backed loudly inside the stadium — with a first Australian World Cup victory since 2010 the target. They got there, but it was a battle to do so.

Ok, the first half won’t win any aesthetic awards but it was exactly what the Socceroos needed, not letting Tunisia have any shots on target and taking the lead midway through thanks to an absolute ripper of a header by Mitchell Duke. Four of Duke’s nine international goals have come via that route and he follows in exalted footsteps (headsteps?), only the second Australian to score a header at the World Cup after the king of leaping, Tim Cahill. For Tunisia — who kept only their second ever World Cup clean sheet in the opener against Denmark — it was a rough start to a game in which they only occasionally found the fluidity we know they possess.

The expected Tunisian regroup in the second half failed to materialise too, with the first big chance of the period falling to Mathew Leckie with about 20 minutes to go, the midfielder sliding in to meet a driven cross from Jamie Maclaren and only just missing the ball. For Tunisia the bulk of the chances fell to Youssef Msakni, whose total of six shots is the most ever recorded by a Tunisian in a World Cup game, although only two of them were on target. Indeed, it took until the 72nd minute for Tunisia to get their first shot on target of the game but none of the four they managed significantly troubled Mat Ryan in the Australian goal. Tunisian pressure built, but never to a truly dangerous level for Australia.

With five minutes to go a Tunisia break was stopped superbly by Harry Souttar who made a vital sliding tackle on the edge of the box like a man who plies his club trade in the brutal alleys of the EFL Championship with Stoke City. It epitomised the spirit shown by the majority of the Australian team in this game, Aaron Mooy especially, occasionally outfoxed but never outfought. The overall pass completion for the game was just 73.1%, the lowest seen in a World Cup game in Qatar but the effort? Well, that was running at 110%.

If Australian positivity on matchday one was all about the goal from Craig Goodwin then matchday two was all about getting a good win, one that keeps the Socceroos in with a chance of reaching the knockout stage for only the second time after their famous 2006 campaign. With France and Denmark in this group, both Australia and Tunisia knew that this was a must-win game. The joyous huddle Australia went into at full-time was testament to that.