Switzerland vs. Cameroon: Prediction and Preview | The Analyst 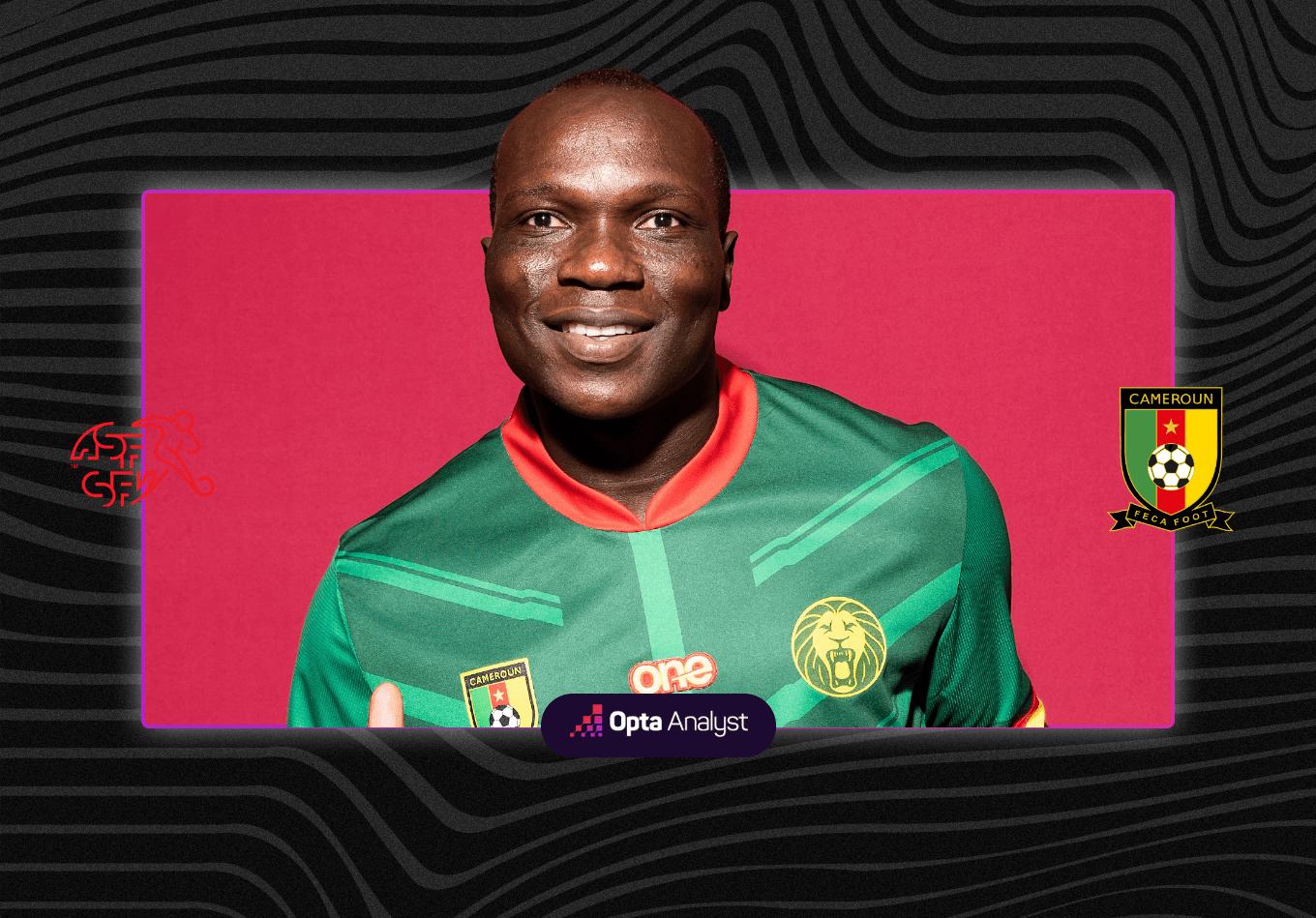 Switzerland vs. Cameroon: Prediction and Preview

We preview the 2022 World Cup match between Switzerland and Cameroon including our pre-match prediction for each team’s opening game in Group G.

Play the Opta Challenge for Switzerland vs. Cameroon now for a chance to win $500

Switzerland will be looking to extend an impressive unbeaten streak across opening World Cup encounters when they face off with Cameroon at Al Janoub Stadium in Group G on Thursday.

The Swiss arrive at Qatar 2022 having not been defeated in their first match of the tournament since a 5-0 loss against Germany in 1966.

What is more, they will be hoping to reach the knockout stages for the third successive time, after last-16 finishes at Brazil 2014 and Russia 2018.

They will be relying on experienced heads as they meet African opposition for the second time at the World Cup too, having last faced Togo at Germany 2006.

Vice-captain Xherdan Shaqiri may have bowed out at European club level to play in MLS, but he has been directly involved in 48% of their 23 goals in their last four major tournaments, with eight goals and three assists.

In his fourth World Cup, the attacking midfielder says his nation are unfancied in a group alongside Brazil and Serbia, but added: “There are always underdogs who maybe surprise.

“So we will see which team this is going to be. I hope Switzerland is one of them.”

Cameroon arrive at their eighth World Cup, the most among African nations, while they have only been outscored by Nigeria among teams from their continent at the competition.

But they have lost each of their previous seven World Cup matches, a record only beaten by Mexico’s nine consecutive defeats between 1930 and 1958.

One man hoping to make a difference for Rigobert Song’s side will be Bryan Mbeumo, with the former France youth international only switching his allegiance in August.

“I’ve always wanted to play a World Cup since I was young,” he stated. “Just to walk around the pitch with a big crowd and other stuff would be amazing. It’s going to be crazy inside me.”

The Cameroon-born forward was his side’s top scorer during qualifying, with three goals to his name. He scored twice during their Nations League matches in September too and the Monaco attacker will hope he can carry that form over to the World Cup

If there is a man with unfinished business among their ranks, it will be the Al-Nassr man, fresh from eight goals at the 2021 African Cup of Nations. The forward has failed to register a single shot on target during four previous World Cup matches, and will hope to break his duck.

With a cast-iron record in both recent tournament results and opening World Cup matches, Switzerland will be fancied to seal victory in this first game against Cameroon.

According to our supercomputer, Yakin’s side have a 56.5% chance of winning the game, compared to Cameroon’s 18%. That said, both teams could well prove tougher to split, with a 25.5% chance of a draw instead.