South Korea vs. Ghana: Prediction and Preview | The Analyst 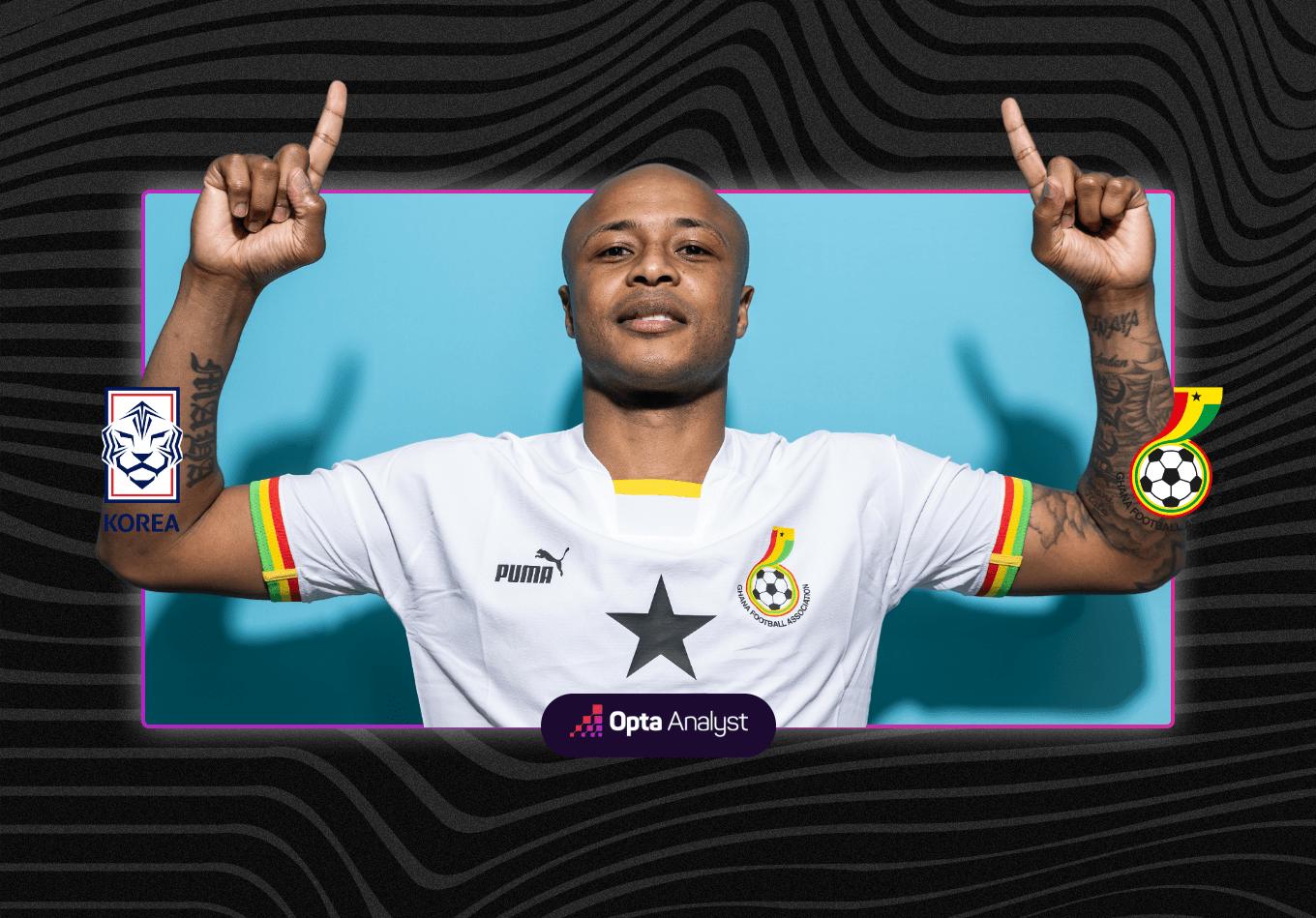 We preview the 2022 World Cup match between South Korea and Ghana, including our pre-match prediction for each team’s second game in Group H.

Ghana cannot afford another defeat against South Korea on Monday, but Ghana coach Otto Addo has portrayed a confident figure ahead of the game.

Unity will likely be key if Ghana are to avoid an early elimination from the World Cup, though that is seemingly an area upcoming opponents South Korea are aiming to exploit.

The Black Stars put up a good fight as they lost 3-2 to Portugal, almost rescuing a commendable point only to see Inaki Williams slip at the vital moment after stealing the ball off goalkeeper Diogo Costa.

As such, defeat at Education City on Monday will see Ghana exit at the group stage in consecutive appearances at the World Cup (also in 2014) after reaching the knockout rounds in their first two (2006 and 2010).

But Addo retains a positive outlook. Granted, his optimism is based partly on Portugal doing Ghana a favour against Uruguay, but Addo sees a real possibility of the Black Stars sitting second in Group H heading into the final game of the first stage.

Asked if he was confident Ghana could still reach the last 16, Addo said: “First of all, certainly, we have a chance, especially because [South Korea and Uruguay] played a draw.

“If we win against South Korea and Portugal wins, hopefully, against Uruguay, then we will be second, so the chance is still great.

“For sure, it will be very, very tough to beat South Korea because they are good, but now we have to win. We are under pressure, but they are too.”

Ghana have not won any of their past five World Cup matches but they rarely fail to score, having netted at least once in six successive games at the tournament – Nigeria (eight) are the only African team to better that streak.

With that in mind, South Korea will probably need to improve on their run of not scoring in three of their past five World Cup outings if they are to prevail on Monday. On top of that, they have failed to get a single shot on target in two of their most recent four fixtures at the tournament, and that includes the stalemate with Uruguay when they looked somewhat toothless.

However, Paulo Bento’s men seem to feel there will be an element of Ghana not helping themselves.

Midfielder Jeong Woo-yeong said: “If we can take advantage of space behind their defence, I think we should have some opportunities.

“They didn’t seem to have such great team work. We played well in our first match and we’ll try to build on that against Ghana.”

Fellow midfielder Song Min-kyu did not question Ghana’s work ethic, though he picked up on a similar theme with regards to exploiting the Black Star’s backline.

“We know we have to be prepared against them. But we also saw that they had some holes behind their defence, and we should try to exploit that extra space.”

Son Heung-min is, of course, South Korea’s star. He will undoubtedly be expected to lead from the front, but he was ineffective against Uruguay, managing a single shot.

Lee had some bright moments off the bench and ended up recording two key passes, a figure bettered by none of his team-mates. It is unclear if he will come into the starting XI, but he certainly has the ability to influence proceedings off the bench.

Arsenal midfielder Partey showed how important he is to Ghana in the defeat to Portugal. Perhaps not known as a creator, he laid on two chances to team-mates in that game, a joint-high for Addo’s side.

But on top of that, he had the most touches (68), successful passes (47) and tackles (four) in the Ghana team. If they do beat South Korea, he will surely have played a vital role.

With a 40.9% chance of winning, South Korea go into this as the favourites. However, the win probability calculator suggests it could be a very tight affair.

The likelihood of a Ghana win sits at 31.3%, meaning they have every right to feel they can leave with the three points – though a draw looks almost as likely (27.8%).