Decision 2022-23: Should the Hornets Offer P.J. Washington an Extension? | The Analyst 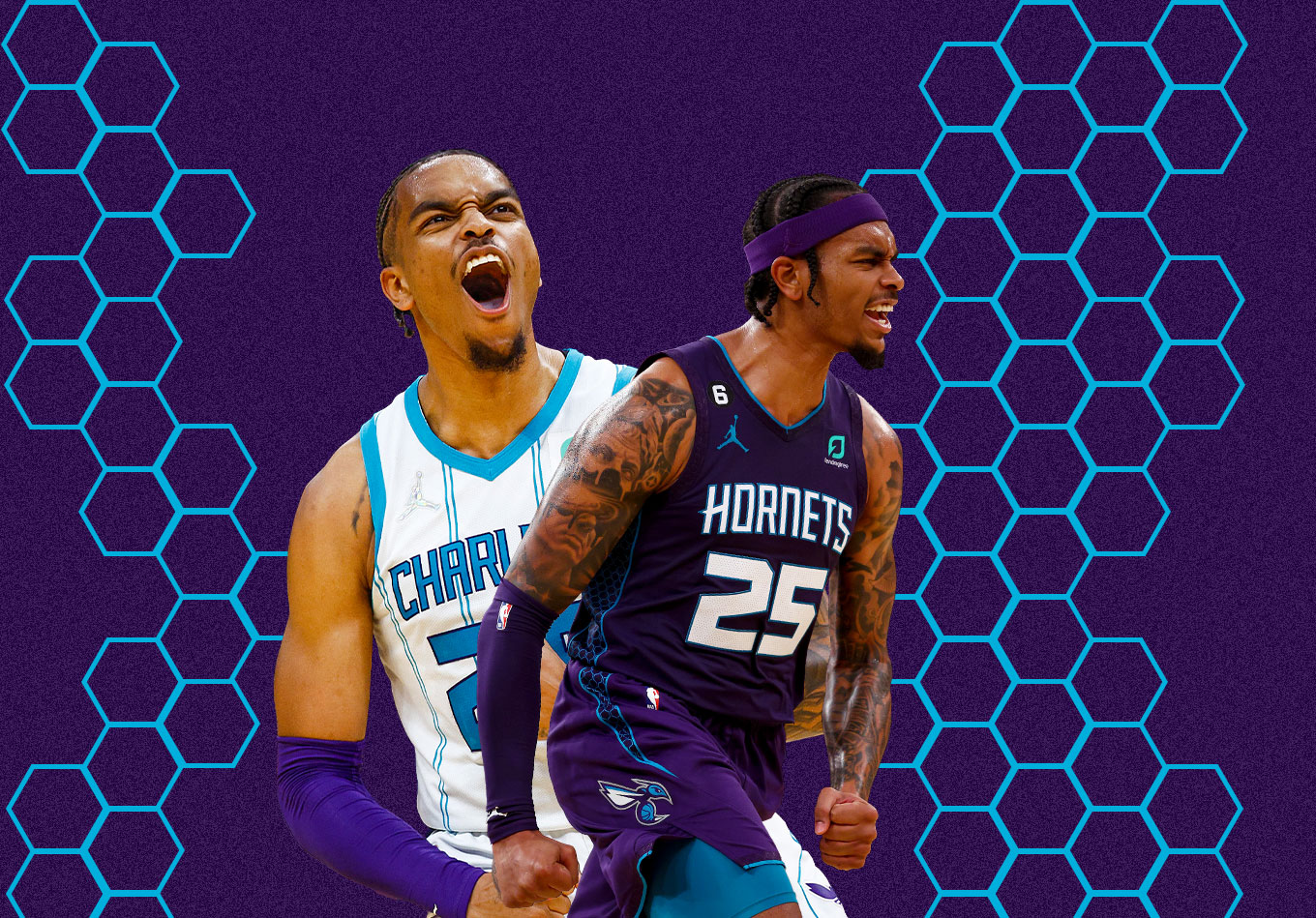 A combination of injuries and staunch competition (the NBA is as talent-laden as ever) has left the Charlotte Hornets near the bottom of the conference at 4-14.

With their playoff odds dwindling and a deep draft class looming, the rest of this season would be best spent appraising the value of their current cast.

Chief among these characters is fourth-year forward P.J. Washington, who, according to reports, is seeking a Keldon Johnson-level extension (Johnson recently signed a four-year, 80-million dollar deal to remain with the San Antonio Spurs).

The question now becomes, is Washington worth this money?

At a glance, Washington would appear to be struggling, as his scoring efficiency is over four points less than the league average.

Some of this can be chalked up to a slow shooting start from downtown (32.0%). Fortunately, based on past pedigree, this will likely correct itself (he’s a career 36.9% 3-point shooter).

With this in mind, a large portion of his early struggles is due to the injuries that have hit LaMelo Ball, Terry Rozier, Gordon Hayward and Dennis Smith Jr., which have left him overburdened within the offense.

When looking at teammates Kelly Oubre Jr. and Jalen McDaniels, a similar trend of poor efficiency is noticeable (all three are below the league average in true shooting percentage) as the rangy forwards are overcompensating for the missing pieces in the roster.

Last season, when his floor generals were in better condition, Washington’s efficiency was two points above the league average. This is emblematic of his tendency to operate as a play punctuator rather than a sequence initiator.

He’s best served as a screener in pick-and-rolls where he can pop out for 3-pointers or slip through defenders for layups. In the early chapters of the season, he’s in the 97th percentile in pick-and-roll, roll-man efficiency (per NBA.com).

He’s also dynamic in the short roll, where he can use his passing powers to pick apart the defense in 4-on-3 situations. Unfortunately, he has been underutilized in this department – only averaging 1.2 roll man possessions per game (a microcosm of not having his usual pick-and-roll partners healthy).

Washington also comes from the Rashard Lewis school of being too big for guards and too fast for bigs, making him a professional mismatch hunter.

One way Charlotte likes to utilize his physical tools is by putting him in actions that enable him to post up against smaller opponents. Washington doesn’t tout a deep bag of dream shakes and sky hooks, but he makes these sequences effective by attacking swiftly – hardly ever taking more than two dribbles.

So far, we have only discussed the Hornets’ myriad of injuries in a negative light, but there is a silver lining to their misfortunes. As we established a few weeks ago with Desmond Bane and the Memphis Grizzlies, the regular season presents a laboratory for experimentation.

For the Hornets, they have tried to turn their disadvantage into a blessing by increasing Washington’s on-ball load and allowing him to read and react to different scenarios on the court. As a result, he’s averaging career highs in unassisted 2s, 3s and drives.

Note that these repetitions haven’t always been fruitful (hence the efficiency woes), but he’s had his fair share of positive glimpses, too:

While Washington will likely never develop into a primary (or secondary) on-ball option on offense, these experiences are still important.

As previous postseasons have taught us, you need multiple players who can put the ball on the floor and create offense, or else you will get schemed out of the series (see the Phoenix Suns-Dallas Mavericks matchup from last year).

When talking to individuals who cover the team, the biggest concern is Washington’s consistency, or rather lack thereof.

On offense, he’ll rock your world with his slick low-block scoring in one quarter and break your brain with his bouts of irrelevancy and passivity in another. And on defense, he frequently oscillates between tantalizing do-everything forward and hardwood matador.

One observation made by Richie Randall on a recent episode of the Buzz Beat podcast that helps contextualize his variability is the changes in his scoring from quarter to quarter.

As you can see, Washington’s best statistical quarters are the second and fourth. Randall attributed this pattern to Washington’s potential affinity for sluggish starts to games (and halves).

Learning to remedy this behavior would be a huge step toward transforming into a high-end starting-caliber player on both sides of the ball.

Despite his age (he’s already 24) and lingering concerns about his consistency, the reason teams rebuild is to acquire players like Washington.

His palms probably don’t read future All-Star, but he is a gifted offensive player with defensive upside who fits nicely into Ball’s showtime playhouse.

And if you are worried about the $20-million-a-year figure, think about this. Not too long ago, it was forecasted that after the new TV deal, the salary cap could balloon to $171 million in 2025-26.

If this happens, that means that Washington’s $20 million will only occupy roughly 11.7% of the team’s available salary cap. For reference, New York Knicks veteran guard Derrick Rose currently eats up around as much cap as Washington would in 2025-26. And Rose currently ranks lower than Washington in DRIP (a one-number metric that projects a player’s contributions to the team’s plus-minus per 100 possessions).

Washington is already a better player than the aging Rose and he could be even better than he is now in three years. It’s this very promise that makes him worth every penny for the Hornets.