Portugal vs. Uruguay: Prediction and Preview | The Analyst 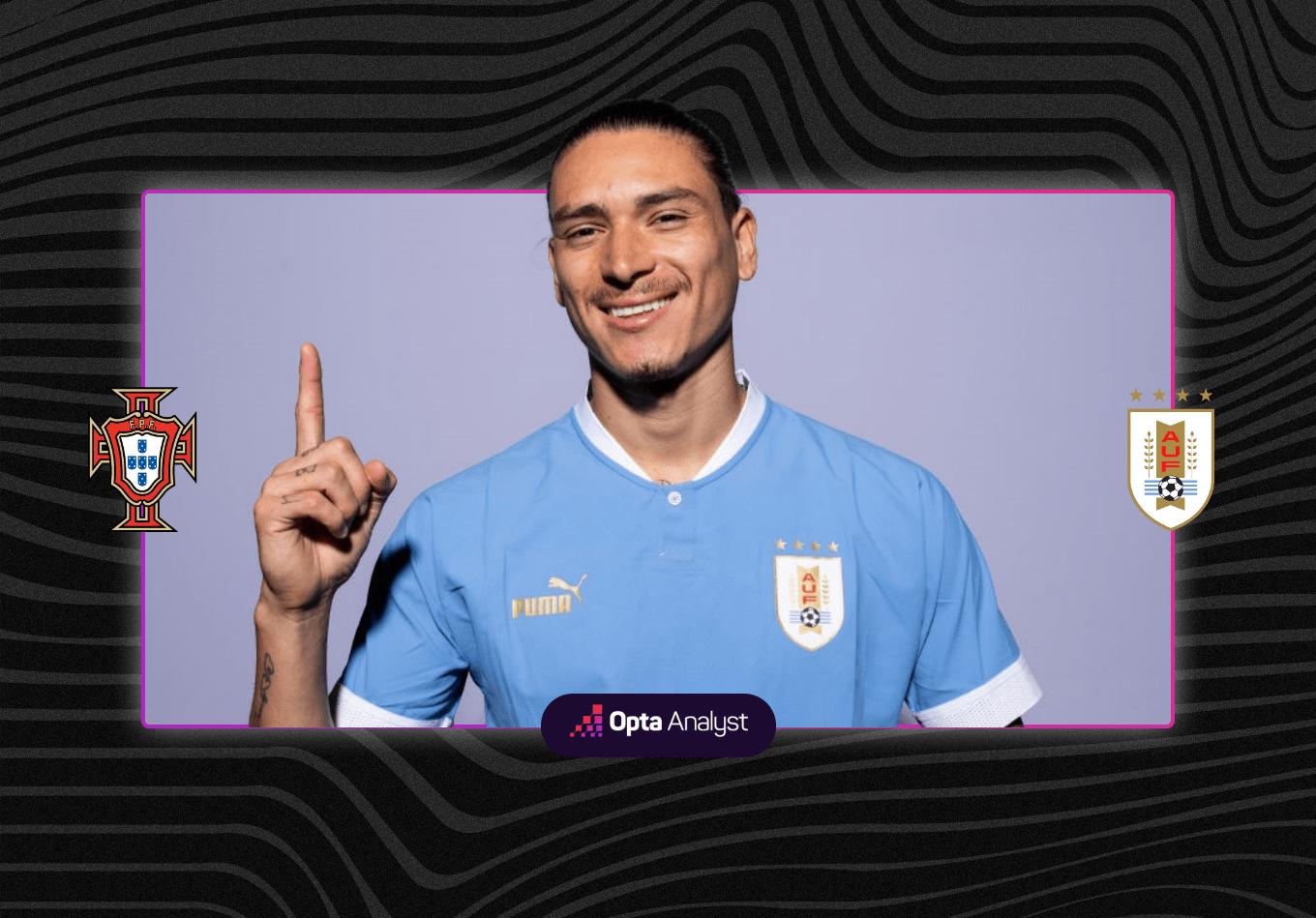 We preview the 2022 World Cup match between Portugal and Uruguay, including our pre-match prediction for each team’s second game in Group H.

Portugal will be on a revenge mission when they attempt to make it two wins out of two at this World Cup Monday against Uruguay. It was La Celeste who dumped Portugal out of the 2018 World Cup with a 2-1 victory at the round of 16 stage in Sochi.

Edinson Cavani’s double ended Portugal’s quest to be crowned champions in 2018, with Uruguay then losing 2-0 in a quarter-final against eventual champions France.

Fernando Santos’ side took their first step towards the knockout stage in Qatar by beating Ghana 3-2 on Thursday after Uruguay had been held to a goalless draw by South Korea. Cristiano Ronaldo opened the scoring from the penalty spot to become the first man to find the back of the net in five World Cups.

It was by no means all plain sailing for Portugal, though, and goalkeeper Diogo Costa almost gifted Ghana a last-gasp equaliser when he rolled the ball out and was robbed by Iñaki Williams, but breathed a huge sigh of relief when the forward slipped.

“They are very strong and dangerous,” Ramos said. “[Diego] Godín is a great player, but picking out individuals in a team with so much quality, it’s not worth it.”

Ramos added: “I think a team with our quality has to be favourites in any game. A draw? We don’t look at any game thinking about a draw.”

Uruguay could become the first team to keep six consecutive World Cup group-stage clean sheets in Al Daayen. Portugal have lost just one of their past 13 group-stage games at the World Cup, that loss coming at the hands of Germany in 2014.

While it was Ronaldo who took the headlines yet again following the win over Ghana, Bruno Fernandes played a huge part and he can help Portugal dictate the tempo against Uruguay.

The midfielder provided the passes for João Félix to put Portugal in front for a second time, and for Rafael Leão to make it 3-1.

Fernandes created more chances than any of his team-mates and became only the second Portugal player to provide two assists in a World Cup match after Jose Torres against Brazil back in 1966.

While Uruguay were toothless in a drab draw with South Korea, Federico Valverde did his best to get them going.

The Real Madrid midfielder struck the woodwork late on and showed the quality that has made him an important player for the European champions.

Valverde is capable of causing Portugal problems in such a big game for La Celeste as they eye a spot in the round of 16.

Portugal are well fancied to be sitting pretty on six points with one group match to play.

The model has Santos’ men down as having a 50.5% chance of making it two victories from as many matches.