Netherlands vs. Ecuador: Prediction and Preview | The Analyst 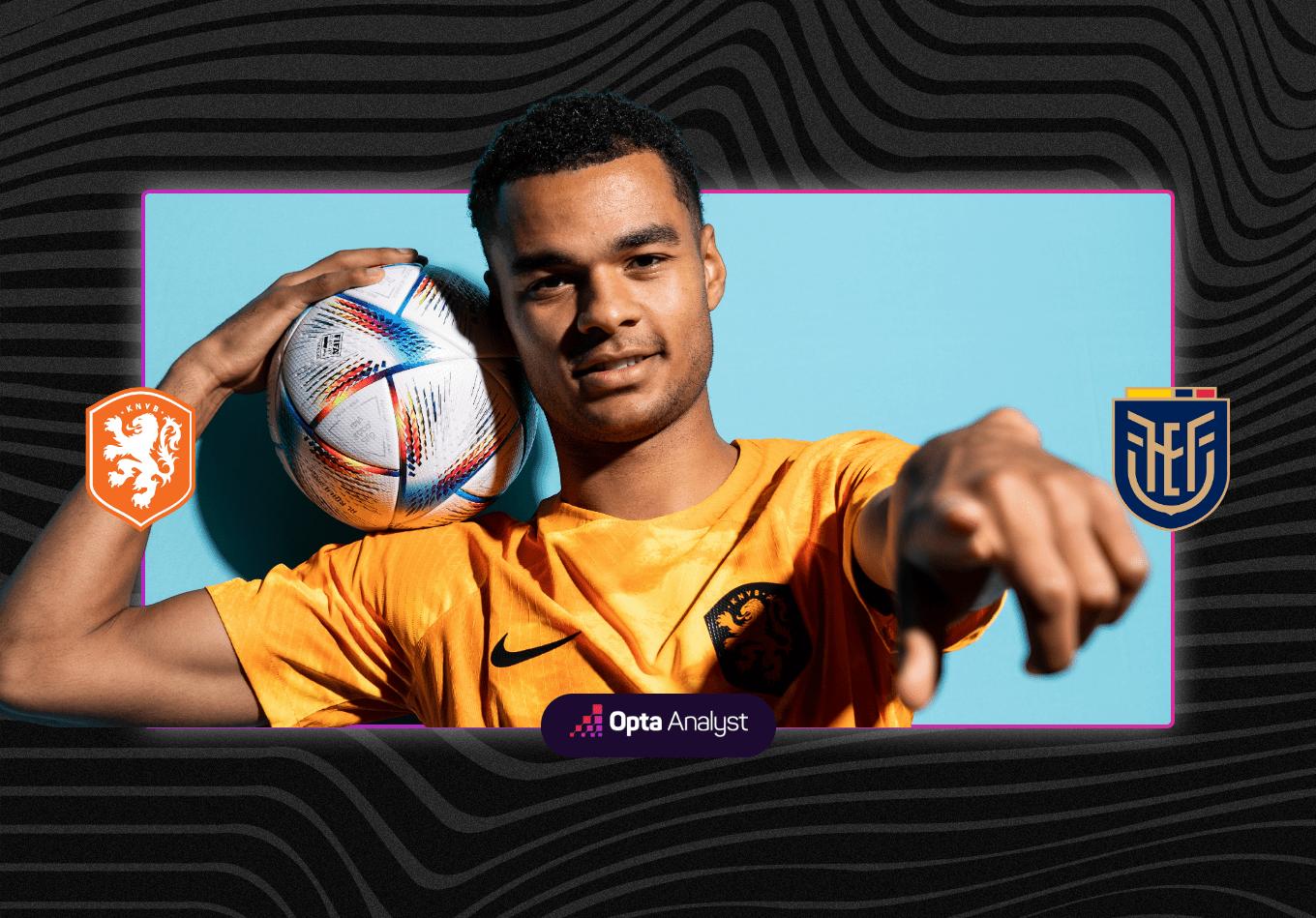 Netherlands vs. Ecuador: Prediction and Preview

We preview the 2022 World Cup match between Netherlands and Ecuador, including our pre-match prediction for each team’s second game in Group A.

Play the Opta Challenge for Netherlands vs. Ecuador now for a chance to win $500

Ecuador believe they can hurt the Netherlands as they look to take a huge step towards the knockout rounds by springing another World Cup surprise.

The South American side cruised to victory over hosts Qatar in the tournament opener last Sunday.

A double from Enner Valencia secured a 2-0 win, giving Ecuador the chance to triumph in their opening two matches of a World Cup for the first time since 2006.

Yet their record against European nations suggests that will be a difficult challenge.

Indeed, Ecuador are winless in their last four World Cup games against European sides (D1 L3), scoring just once across those four matches.

The Netherlands, meanwhile, are unbeaten in their last eight World Cup matches against South American sides (W5 D3), since a 3-2 defeat to Brazil in the quarter-finals in 1994, though that run includes a penalty shoot-out loss to Argentina in the 2014 semi-finals.

But, after seeing Argentina stunned by Saudi Arabia on Tuesday, Ecuador goalkeeper Hernan Galindez is hopeful Ecuador can throw the form book out the window and take control of Group A.

“I think that Argentina’s defeat will not be the last surprise of this World Cup,” said Galindez.

“It will be a tough match, but I expect the Netherlands to approach us with respect.”

Netherlands captain Virgil van Dijk agreed with Galindez’s assessment of the Oranje’s performance in a 2-0 win over Senegal, in which he saw plenty of room for improvement.

“Going forward we sometimes tried to force things, and we too often left ourselves exposed to Senegal’s counter-attacks,” he told NOS.

“That is an area in which we will need to improve because it is an art that our next opponents, Ecuador, are very good at.

“But I am optimistic because I feel we are going to get better.”

PSV star Gakpo is the subject of speculation linking him with a move to the Premier League and his goalscoring start to the tournament will only have increased his admirers. He has been involved in four goals in his last four games for the Netherlands in all competitions (3 goals, 1 assist), twice as many as in his first six appearances for the national side (1 goal, 1 assist).

Arguably Ecuador’s best creative outlet will come from their defence. Left-back Estupinan created the most chances (22) in CONMEBOL qualifying and played more passes into the final third (19) than any other player in their dominant opening win over Qatar.

These two teams have never met in competitive action, the Oranje winning one of their two previous friendlies, and the Analyst’s supercomputer anticipates the Netherlands will be able to begin to start thinking about the knockouts with victory in this one.

Van Gaal’s men are given a solid 54.1 per cent chance of prevailing compared to 20.8 for Ecuador and 25.1 per cent for the draw.