Cover 3: Brady Versus Stafford, Geno Against the Cardinals, and Other Key Matchups of the NFL's Week 9 | The Analyst 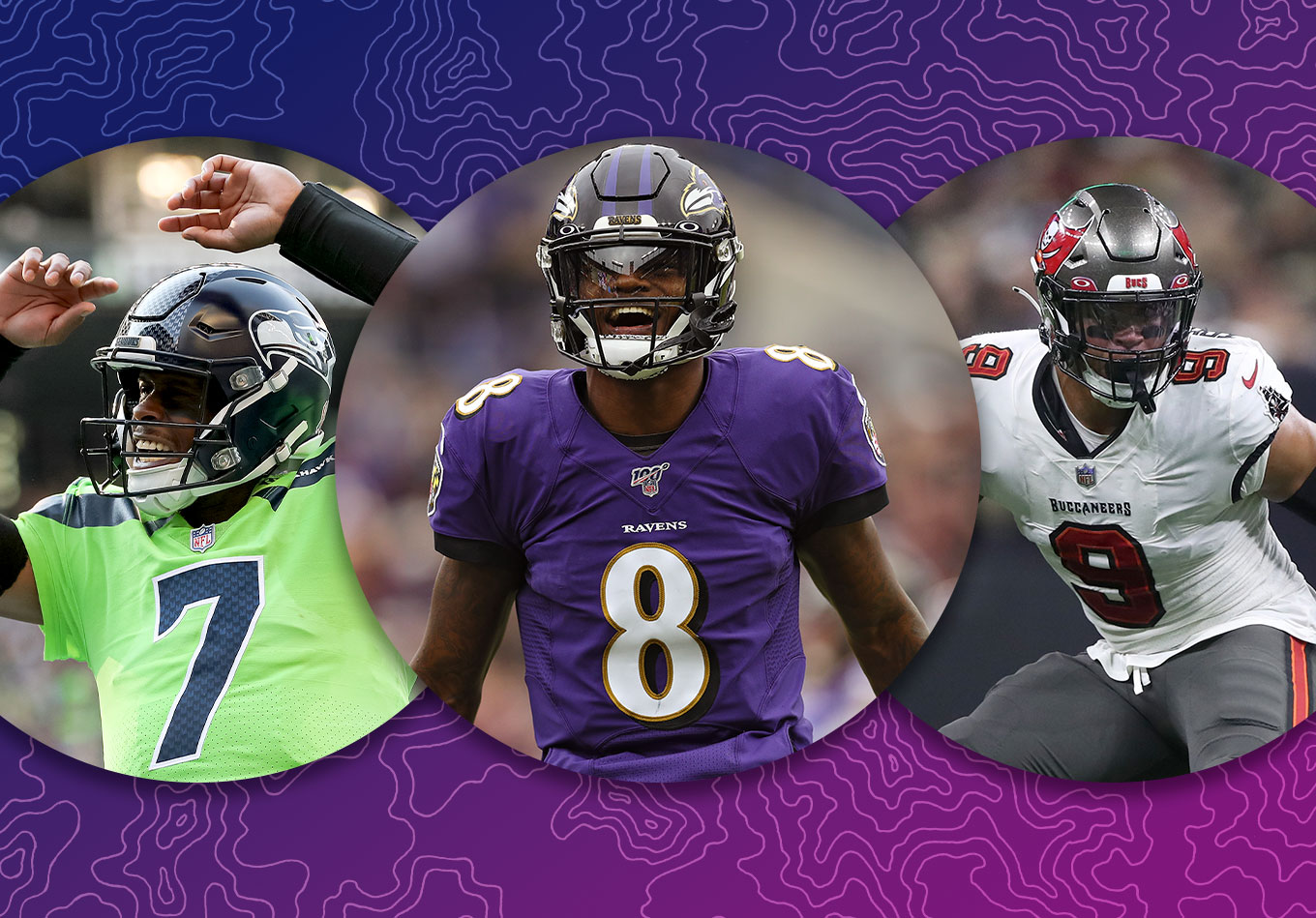 Cover 3: Brady Versus Stafford, Geno Against the Cardinals, and Other Key Matchups of the NFL’s Week 9

“This is the week to go apple picking” is a common refrain ahead of weeks where few games immediately stand out on the NFL schedule.

But the beauty of football is often the game within the game and even if Week 9 might not initially look the most exciting on paper, there are still matchups that figure to be fascinating to watch.

This week, the games SmartRatings sees as the best of the weekend do not necessarily surround teams with winning records, but those who may be getting increasingly desperate after disappointing starts.

Here, we take a look at the three games viewed as the most exciting of Week 9 and the battles that could decide them.

Even in an open NFC and an NFC West division that has underperformed this season, this is close to a must-win game for the Cardinals.

Lose and drop to 3-6 and they will be three games behind the Seahawks for the division lead and facing an uphill climb to claim a wild-card spot they certainly do not deserve on the first eight weeks of evidence.

Avoiding a sixth loss in nine games will require the Cardinals to slow down Geno Smith, who continues to enjoy a remarkable rise nobody outside of Seattle anticipated.

The Cardinals did hold the Seahawks to 19 points in their Week 6 matchup but scored just nine themselves at Lumen Field.

Arizona’s impressive defensive effort in that game came despite only pressuring Smith on 33.3% of drop backs – below the average of 38.7% for the week. Their blitz rate of 38.5% was above the league average for the week (32.4%) but down from their season-long rate of 42.5%, which is the fourth highest in the NFL.

The question for the Cardinals will be whether they temper that aggressiveness against a quarterback who has delivered a well-thrown ball on 87.7% of passes when the defense has sent five or more rushers or pressured with a defensive back. That rate is second only to Dak Prescott among quarterbacks with 10 such throws.

Will the Cardinals pivot from a blitz-heavy approach as they look to stay in the NFC West race, or will they risk disaster by once again going aggressive in a game that will have a significant bearing on how the conference playoff picture shapes out?

Stop us if you’ve heard this one before, but the Ravens have the most explosive run game in the NFL.

Baltimore averaged 7.0 yards per rush in the Week 8 win over the Tampa Bay Buccaneers. The Ravens managed to find some consistency on that side of the ball in the second half after having been blighted by volatility in the fourth quarter for much of the opening seven weeks.

Quarterback Lamar Jackson is unsurprisingly a huge factor in the Ravens’ success on the ground. He has 23 runs of at least 10 yards this season – only Nick Chubb (27) has more. Baltimore’s 47 explosive runs of 10+ yards lead the NFL.

But on Monday night, the Ravens come up against a defense that has excelled at stopping the run in 2022. The Saints rank sixth in the NFL, allowing a rushing success rate of 33.3% this season. We deem a successful rushing play as one that gains 50% of the yards to gain on first down, 70% on second down or 100% on third or fourth down.

Taking away the Ravens’ run game is much easier said than done, however, if the Saints are able to contain it and force Baltimore to lean more on the pass, their prospects of pulling off a primetime upset will increase.

The Ravens are a below-average passing offense by yards per play (6.3) and success rate (40.9). New Orleans has not dictated much this year, but for the Saints to claim the upset, they must make Baltimore’s offense play a type of game it does not want to employ.

The Rams’ struggles to get anything going on offense are tied to the woeful performance of their offensive line, which ranks 28th in the NFL in pass block win rate.

Los Angeles’ inability to protect Matthew Stafford properly led to the Rams relying on the screen game in last week’s blowout loss to the San Francisco 49ers in which Stafford averaged only 4.71 air yards per attempt.

But the Buccaneers may not have the resources to take advantage of the Rams’ weaknesses up front after edge rusher Shaquil Barrett was lost for the season with a torn Achilles.

Tampa Bay’s pressure rate of 38.4% is slightly below the league average of 38.8%, and the loss of Barrett leaves the onus on last year’s first-round pick Joe Tryon-Shoyinka to provide the pass rush.

However, Tryon-Shoyinka’s pass rush win rate of 29.42% only puts him in the middle of the pack – the league average for edge rushers is 28.74% – and he will need to display the talent that convinced the Bucs to spend a late first-round pick on him more consistently in the second half of the season.

A failure to do so against an offensive line as porous as that of the Rams may allow Stafford to engineer a turnaround that could hardly have looked further away in Week 8.