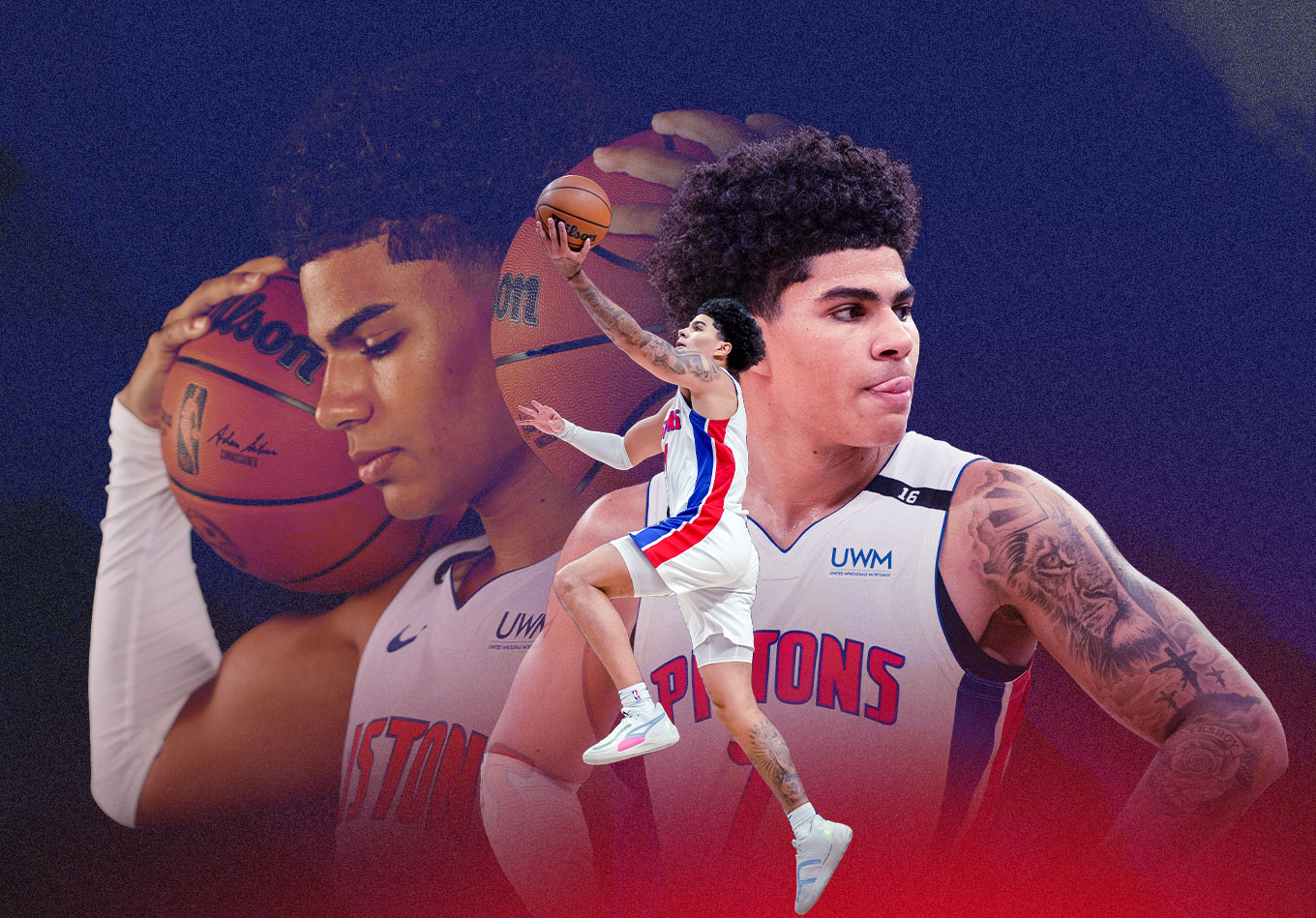 Killian Hayes’ tenure in Detroit has been marred by disappointment.

In his debut season, he was the only 2020 first-rounder not to make an NBA All-Rookie team for the Pistons (partially due to injury). In Year 2, he failed to emerge from franchise cornerstone Cade Cunningham’s shadow. And he started his third season coming off the bench behind Cunningham and promising speedster Jaden Ivey.

His tragic journey hit an all-time low on Nov. 4 when his Pistons lost by 24 at home to a Cleveland Cavaliers team that was missing both members of its star-studded backcourt.

In that contest, Hayes posted a plus-minus score of minus-17 in just 18 minutes of action. The end seemed near for the former seventh overall draft selection. The label “bust” appeared to be a mere formality.

But then something happened. At that moment – at rock bottom – Hayes vowed to be better. And ever since that proclamation, the highly touted prospect has begun to live up to his namesake.

Let’s get one thing clear. In his first two-plus seasons in the league, Hayes has flashed some NBA-level skills.

He’s a majestic passer and a talented defensive presence, and sometimes he combines these skills to author Ben Simmons-lite two-way sequences like this:

The Simmons namedrop is a deliberate one, as the former All-Star shares Hayes’ primary shortcoming: scoring.

This weakness is especially damaging considering the main objective of the game of basketball is to, well, score the basketball. Through his first 11 games this year, Hayes’ 25.6 true shooting percentage (a measure of scoring efficiency) ranked dead last in the entire NBA (among players who had played at least seven games).

Not only was his inability to put the ball through the hoop hurting his efficiency, but it also limited his playmaking. Hayes is a good passer, but playmaking encapsulates more than just passing.

In its essence, playmaking is about using your threat to score to get the defense to react to your movements and from there, utilizing your ability to pass to exploit the imbalance you created in the first place. So since Hayes couldn’t get the defense to flinch with his scoring, he was simultaneously negating the positive effects of his facilitating prowess.

A perfect example of this was present in Detroit’s opener against the Orlando Magic. In the play below, the entire gym knows Hayes is looking to pass on his drive (he never even looks at the rim), so the Magic defenders sink inside in anticipation of his feed and hinder Hamidou Diallo’s layup attempt.

Going back to that vow we hinted at earlier, it didn’t come immediately after the Cavaliers’ loss. Instead, it followed the first game of his turnaround, a Nov. 9 loss against the Boston Celtics in which he turned in 16 points in 22 minutes.

His hot shooting night had reinvigorated the fire in his heart and now it was time to keep the flame burning. He’s averaged 14.7 points on 45.2% shooting, 7.7 assists, 4.0 rebounds and 2.7 steals over the last three games.

One aspect of scoring Hayes struggled with in the past was shooting, particularly from the 3-point line. And despite spending the summer working on his jumper, Hayes had been hesitant to rip it from downtown in the early part of the season – even when he was open.

And so, to remedy the stagnation he was causing, Hayes has spent the last 12 games unloading the clip at a higher rate than ever before. And let’s just say, it looks like the offseason training paid off:

As for his drives, they are no longer of the predictable, one-dimensional variety. He’s channeled the feathery touch that makes him such a prolific passer into a soft midrange jumper that he can lean on against drop defenses.

Adding this short midrange pull-up jumper into his routine gives him the threat to score that makes defenses think and unlocks the full breadth of his playmaking potential.

In the first clip, we see Hayes showcase that midrange floater while navigating a pick and roll.

In the second clip, he does his best Trae Young impersonation and uses his threat to shoot it from there to disguise the lob pass he eventually makes to rolling teammate Marvin Bagley.

Even with his recent growth, Hayes has a ways to go in his development. His improved true shooting numbers are roughly eight percentage points below the league average of 57.4%, meaning he’s still well below average in terms of efficiency.

This is largely due to his lackluster rim-finishing and free-throw rates. On the season, he’s shooting an abysmal 33.3% on field goal attempts at the rim, and he’s only averaging 0.8 free throw attempts per game.

You can be an efficient scorer without shooting the 3-ball well (see DeMar DeRozan or Jimmy Butler), but it is hard to say the same thing about players who don’t finish well, or get to the line a ton – even if they are great outside shooters (see Fred VanVleet).

The next step in Hayes’ evolution will involve incorporating one of these facets into his arsenal to help bolster his efficiency. That will likely involve tightening his ball control with his off-hand (his right hand) to enable him to navigate the paint more fluently.

Still, his room for improvement shouldn’t invalidate what he’s accomplished in this recent stretch. Hayes has made good on his promise and shown that he can contribute to what the Pistons are building in Detroit, which is a hell of a feat for a player everyone was ready to call a bust.