Japan vs. Costa Rica: Prediction and Preview | The Analyst 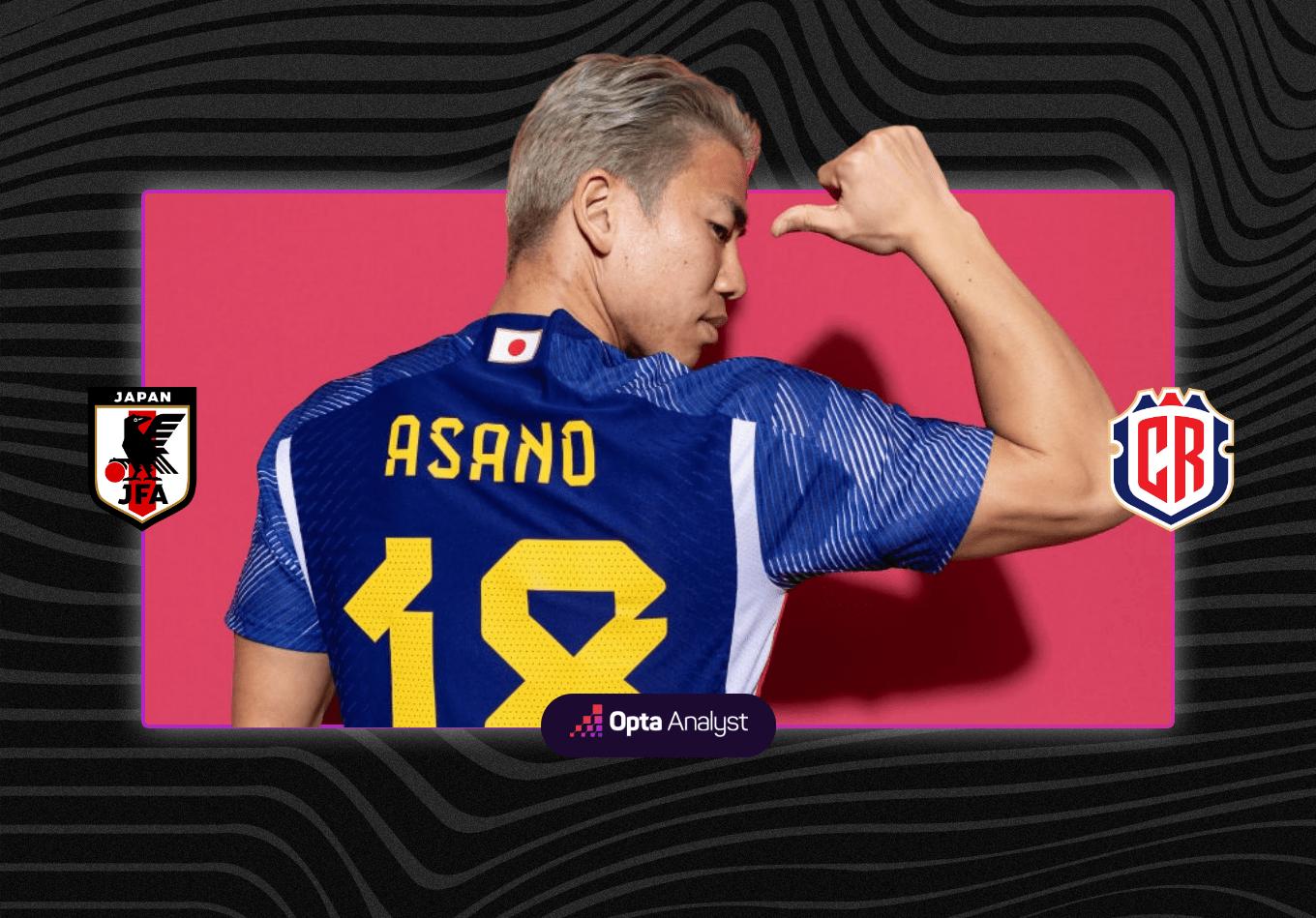 We preview the 2022 World Cup match between Japan and Costa Rica, including our pre-match prediction for each team’s second game in Group E.

Play the Opta Challenge for Japan vs. Costa Rica now for a chance to win $500

Costa Rica coach Luis Fernando Suarez will be hoping his direct approach pays off when his side take on Japan on Sunday.

Spain thrashed Costa Rica 7-0 on Wednesday, in one of the standout results of the World Cup’s early games.

Costa Rica conceded as many goals in that match as they had across their previous eight games at the tournament combined. They also failed to have a single shot against Spain today, just the second instance of a side failing to have an attempt on goal in a World Cup match since 1966, after Costa Rica themselves against Brazil in 1990.

0 – Costa Rica failed to have a single shot against Spain today, just the second instance of a side failing to have an attempt on goal in a World Cup match since 1966, after Costa Rica themselves against Brazil in 1990. Shy. pic.twitter.com/FOeZi81viq

Japan, meanwhile, shocked Germany by winning 2-1 in the other Group E game.

Asked what his side needed to do to address their defeat against Spain, Suarez’s message was simple.

He told reporters: “I’ll have to be very direct – we did a lot wrong, we made mistakes, and I think we should all be very clear about what our mistakes have been, starting with myself, my tactical responsibility.

“When we’ve done all this, we have to forget about the result. It will be very difficult. But we do have players who are good enough to play differently.

“We have to improve a great deal. We need to take on that responsibility and the blame, but also the way to move on is by focusing on positive results and to forget about [the Spain] defeat.”

Suarez did, feel, however, that even though his side underperformed against Spain, the result was a harsh reflection of their display.

“Spain were the much better team. But this was one of those games where everything happened in a completely different way than what you’d expect,” he added.

“Yes, they were much better, but not by a difference of seven goals.”

After beating Germany, Japan are looking to win back-to-back World Cup matches for the first time since 2002 (versus Russia and Tunisia), while they have never won both of their first two fixtures of a single edition at the finals.

Indeed, victory on Sunday for Japan could see them through to the last 16, should Germany fail to beat Spain.

Asano had five of Japan’s 12 shots in the match – no other player had more than one. Only Shinji Kagawa has ever had more attempts in a single World Cup match for Japan (six vs. Colombia in 2014).

Keylor Navas has been one of Europe’s best goalkeepers over much of the past decade, but he had a shocker against Spain.

The Paris Saint-Germain shot-stopper will be determined to right those wrongs and help Costa Rica claim a clean sheet as the basis for a win to keep their hopes alive.

He is one of three Costa Rica players who could make their 10th World Cup appearance, along with Celso Borges and Bryan Ruiz.

Costa Rica’s heavy defeat to Spain means they have been given just a 13.4% chance of winning this game by Opta.