France 2-1 Denmark: Kylian Mbappé Steps On The Accelerator | The Analyst 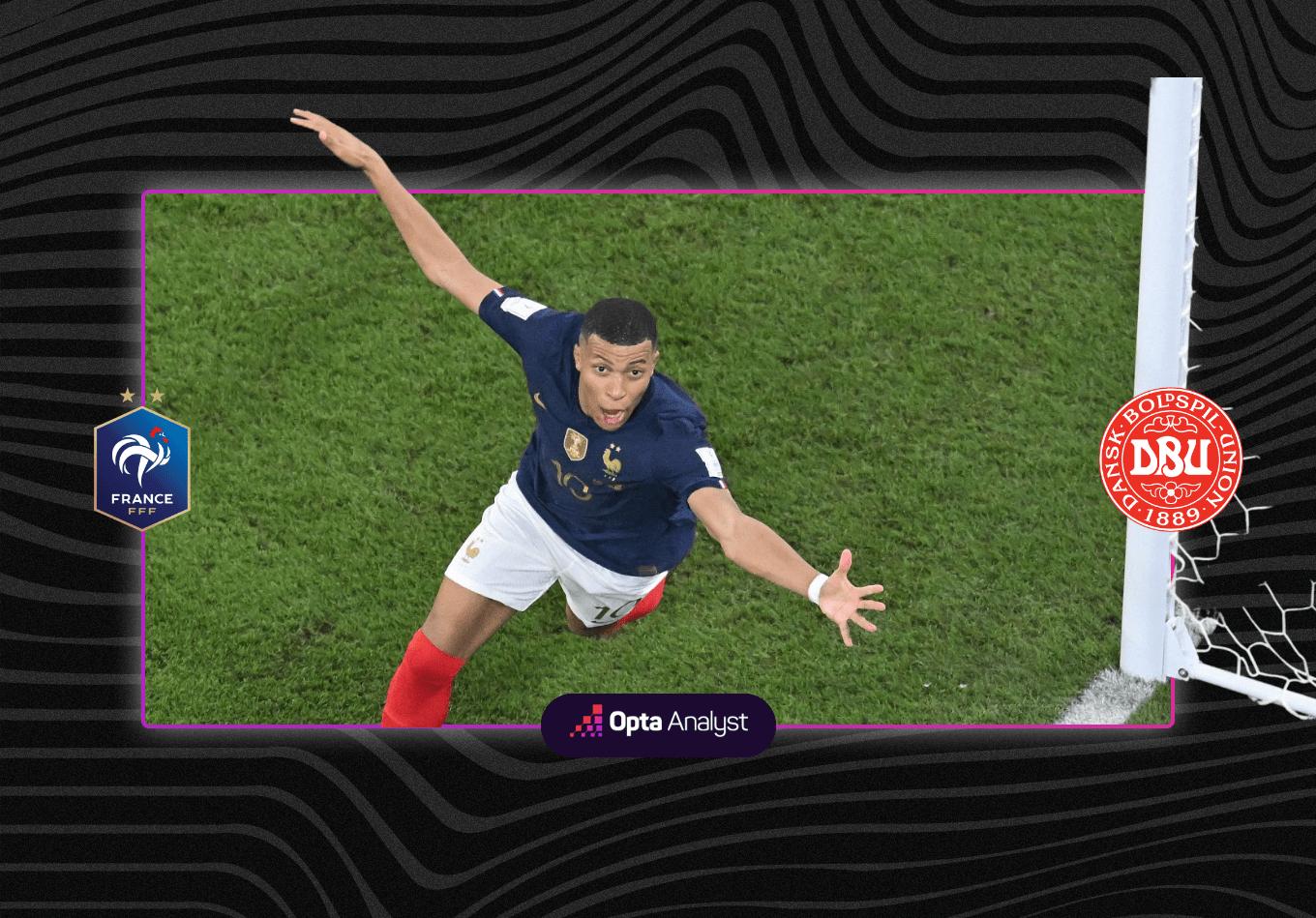 One of the challenges with the UEFA Nations League is trying to work out how much form in that competition carries over to the main event that is the 2022 World Cup. Denmark defeated France home and away in the Nations League but a French team defending their world title should be a very different prospect, and so it proved. France had given Denmark the honour of staging the Grand Départ of the Tour de France this year but they were in no mood to let the Danes assume the lead in the global sporting event France are still more than capable of winning.

Didier Deschamps lined up once more with the trio of Mbappé, Antoine Griezmann and Ousmane Dembélé behind the record-hunting Olivier Giroud, and in the 20th minute Griezmann released Mbappé on the counter-attack, the PSG forward’s permanently astonishing pace absolutely shredding the Danish defence and forcing Andreas Christensen to take a cynical yellow for bringing him down. Adrien Rabiot then headed France’s first effort on target from the subsequent set-piece. Should it have been red? Maybe, and it would have significance later in the game.

Denmark had to wait until the 36th minute for their first shot of the game – via the energetic Andreas Cornelius – but then Dembélé and Mbappé combined to create a decent headed opportunity for Giroud, who could almost see that 52nd international goal there for the taking, only to nod it wide. At half-time France had conjured 13 shots, the most they’ve ever recorded in the opening 45 minutes of a World Cup or Euros game without scoring. It was a controlled performance, with hints of elan. As usual at this World Cup, we waited for the game to further improve in the second half.

Mbappé’s influence continued to grow after the break, and his opening goal on the hour was as inevitable as it was well-constructed by Theo Hernández. It means that Mbappé is just the second Frenchman to score in three successive World Cup matches, after Just Fontaine in his year of grace in 1958, who scored for six games in a row on his way to finishing as the tournament’s top scorer on 13 goals.

The script suggested that Denmark should fold at this point but France’s goal instead triggered their best spell of the game, which resulted in an equaliser on 68 minutes, headed home by Christensen, who had hauled Mbappé down in the first half. It was the first time that France had conceded in three successive World Cup games since 1986, and underlined the fact that while the French squad is an attacking delight, it’s not watertight at the back, all of which should make the knockout stage unmissable.

But just as it looked like Denmark might earn an undeserved but not unimaginable point, Mbappé grabbed his second, this time bundling home from close range from a Griezmann cross. This wasn’t a goal built on pace but rather one built on timing and movement. It was Mbappé’s seventh World Cup goal of his young career. The only other player to reach that total aged below 24? Pelé. That’s the level we’re dealing with here.

No team in groups A, B or D has opened up with two wins out of two but in Group C France have (and are through to the last 16, the first reigning champions to do so since Brazil in 2006). They now have the luxury of rotating some of their star names in the final match of the first stage. But who would want a rest from this conveyer belt of chance creation? No nation has retained the World Cup since Brazil in 1962, powered by Pelé in his second World Cup. Remind you of anyone?