FCS Second-Round Playoffs: Top Half of Bracket | The Analyst 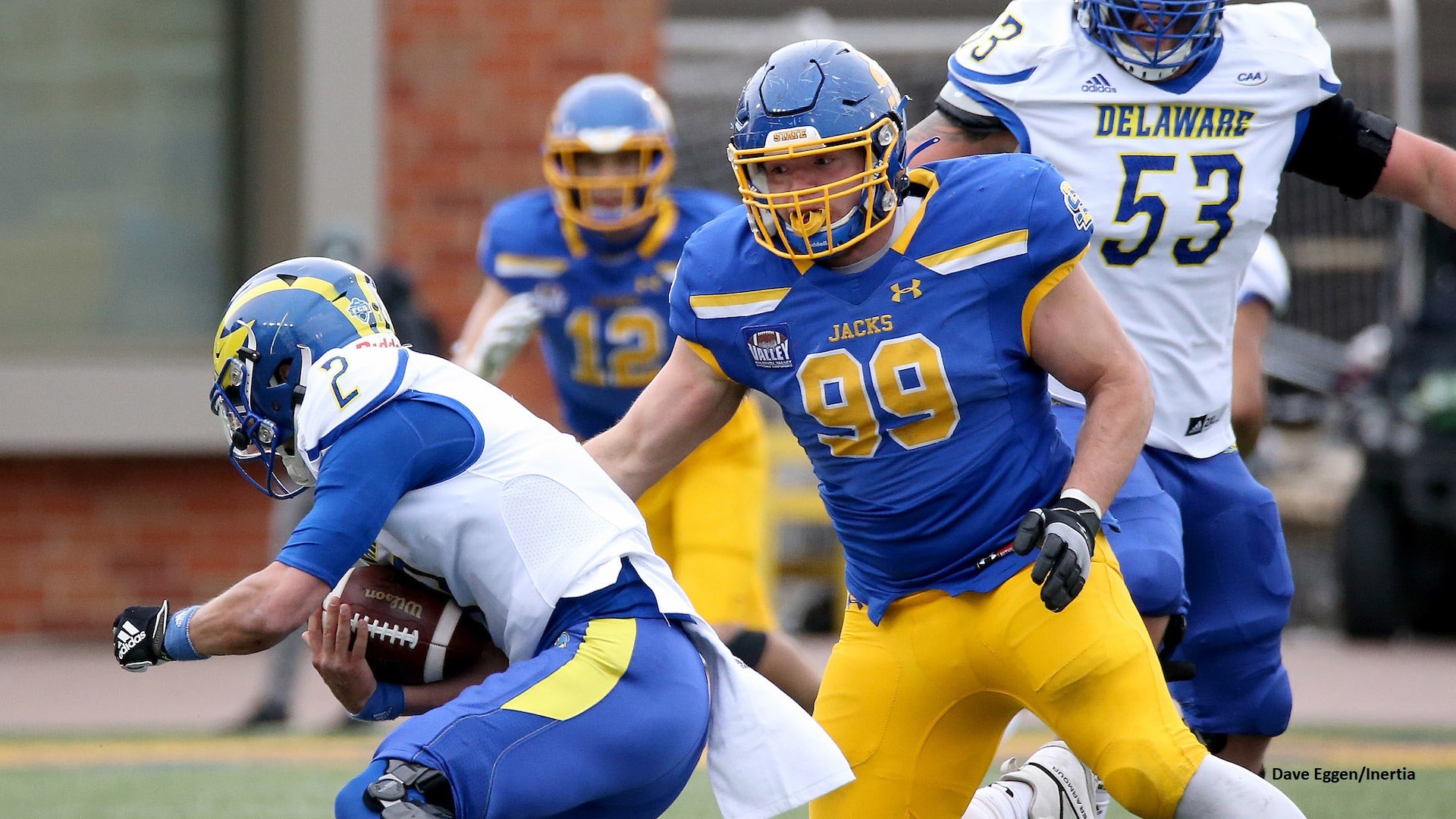 The FCS playoffs got off to a high-scoring start last weekend, but the action figures to get more physical, defensive and heated in the second round on Saturday.

Or the round of 16, if that sounds sweeter in the trenches.

Eight seeded teams will come out of Thanksgiving byes, each hoping to feast on a first-round winner, but the visiting opponents must be loving their momentum.

Following are capsule previews of the second-round games in the top half of the bracket, which is anchored by No. 1 seed South Dakota State (all times ET; games on ESPN+):

Notable – Laube, the FCS leader in all-purpose yard average, is coming off a playoff-record 424 yards against Fordham (plus four touchdowns). Brosmer passed for a career-high 348 yards in the win, making UNH 13-3 in his career starts when he has 175+ as opposed to 2-5 when he’s doesn’t reach that level. His counterpart, Sluka, has nine games of 100+ rushing yards in his career, but he will face pressure from Ruiz and Josiah Silver (21 sacks in his last 21 games) on pass attempts. The Crusaders, making their fourth straight playoff appearance, have yet to lose a fumble and are +14 in turnover margin, which ranks third-best in the FCS. Derek Ng has rewritten the Crusaders’ record book, kicking 13 field goals this season and 46 in his career.

Up Next – The winner will play either Delaware or No. 1 South Dakota State in a national quarterfinal on Dec. 9 or 10.

Notable – G-W is 4-4 on the road and will match Saint Francis for the FCS high with a ninth road game. Gaither rushed for a Big South playoff-record 245 yards in a first-round win at Eastern Kentucky, while Fisher scored three times on the ground and connected for a TD with go-to wide receiver T.J. Luther (1,134 receiving yards, eight TDs). W&M ranks third in the FCS in rushing yards per game (274). While French has set the Big South’s single-season sacks record and is a half sack shy of the school mark, W&M is fortified with a decisive edge in sacks (29) versus sacks allowed (seven). London is coaching the Tribe in the playoffs for the first time, but he led Richmond to the 2008 FCS title and the national quarterfinals a year later.

Up Next – The winner will play either Weber State or No. 4 seed Montana State in a national quarterfinal on Dec. 9 or 10.

Notable – In the spring 2021 playoff semifinal, UD only scored a field goal despite possessing the ball for 37 minutes, 5 seconds. The two defenses are heavyweights: SDSU ranks second in the FCS in yards allowed per game (254.8) and third in points allowed per game (15.5), while UD is third (278.5) and fourth (16.3), respectively. UD’s 56 points in a first-round win over Saint Francis marked the program’s high in 41 all-time FCS playoff games. In the win, Henderson set the Blue Hens’ single-season record for TD passes (32). SDSU is on a program-record 10-game winning streak, but it will be playing for the first time since Nov. 12. The rest may allow for the return of LB Adam Bock, the team’s leading tackler, who has missed the last three games due to injury. Davis has 100+ rushing yards in five of his eight career playoff games. The MVFC champion is +12 in turnover margin.

Up Next – The winner will play either New Hampshire or No. 8 seed Holy Cross in a national quarterfinal on Dec. 9 or 10.

Notable – This is the first rematch of the playoffs: Montana State won 43-38 at home on Oct. 22, scoring an NCAA-record four safeties due to errant Weber State snaps on punts. The Big Sky co-champ has the FCS’ longest active home winning streak (18). Isaiah Ifanse (3,461 career rushing yards, MSU 17-0 when he scores a TD) is expected to make his season debut following an injury. Even in his absence, the Bobcats are ranked second in the FCS in rushing yards per game (325.7). Weber State also wants to run the ball, coming off a season-high 330 yards against North Dakota with Josh Davis (129) and Damon Bankston (122) leading the way. Abraham Williams has four kickoff returns for touchdowns this season, and another one was wiped out by a Wildcats penalty against UND.

Up Next – The winner will play either Gardner-Webb or No. 5 seed William & Mary in a national quarterfinal on Dec. 9 or 10.