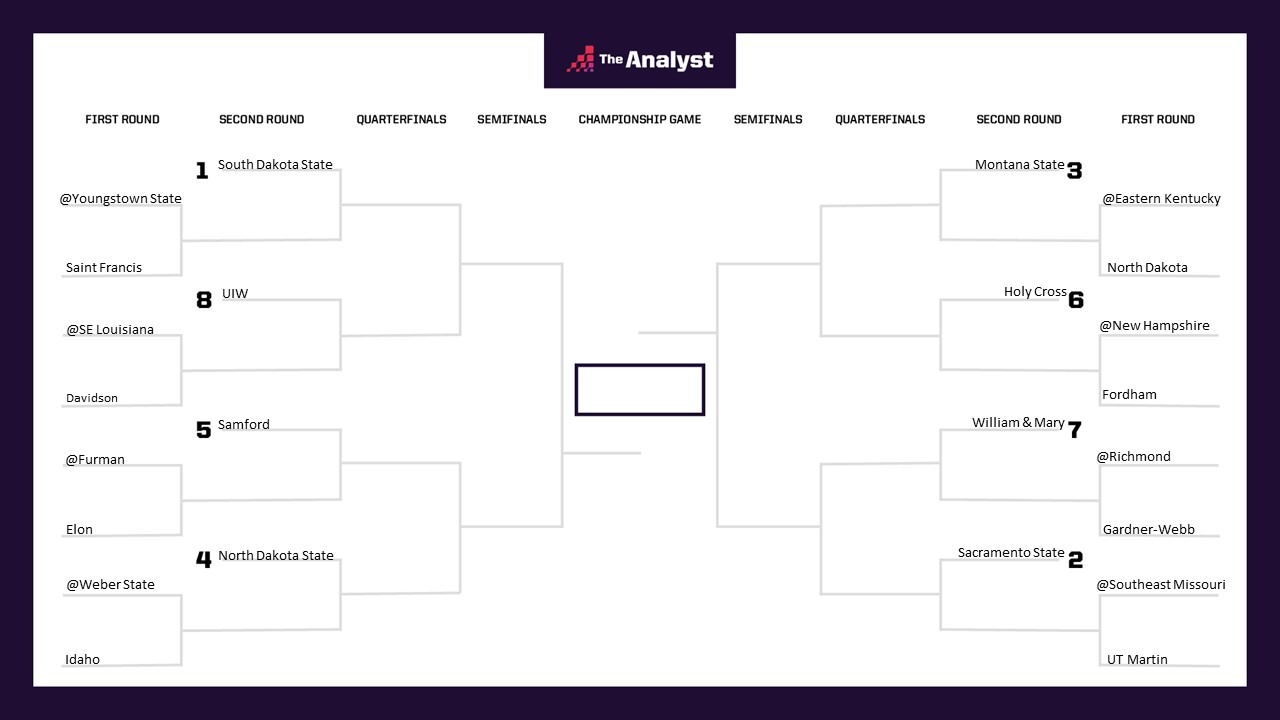 We flipped a coin, and this time UT Martin won.

UT Martin may have lost out on an automatic FCS playoff bid due to a coin flip tiebreaker that went the way of fellow Ohio Valley Conference co-champion Southeast Missouri, but what better way is there for the selection committee to decide on the final at-large spot in the 24-team field, which will be announced on Sunday.

Nobody should feel secure about their final few at-large selections. Selection Sunday was preceded by Shaky Saturday, where a handful of teams played their way out of playoff contention.

UT Martin wasn’t necessarily one of them, so we’re matching the Skyhawks against SEMO in the first round to decide it once and for all after they didn’t meet during the regular season.

Surely, the committee has a sense of humor, no?

Below is a projection of the 2022 FCS playoff field heading into Selection Sunday:

* – Automatic qualifier; other teams are projected as at-large selections

Davidson at Southeastern Louisiana first-round winner at No. 8 seed UIW